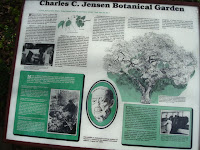 This time of year is very special… it is the last month of the Bahá’í year (March 2- 20) and during that time we observe a fast; getting up each morning a little before dawn making my oatmeal, thinking about the day. Then during the day focusing on how fortunate we are to have all that we have and these hunger pangs are minor… after sunset you can eat. It is a special time here, as it also coincides with spring. Naw-Rúz (Bahá’í new year begins on the 21st – which is the first day of Spring in the N, hemisphere). At any rate, I went to the hardware store and swung by the Botanical Garden – a simple little place on Fair Oaks Blvd.. It was a nice little field trip. 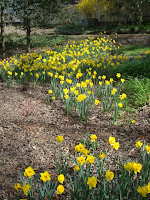 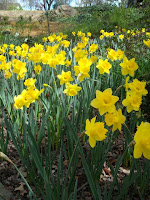 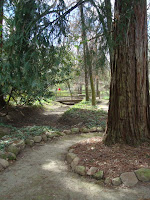 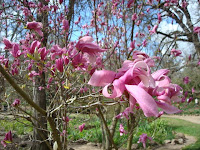 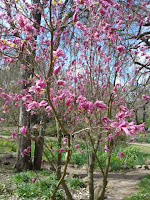 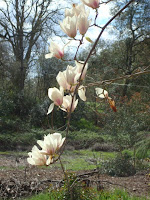 Posted by oreydc at 3:31 PM No comments: Links to this post

Pi Day: An Infinite Number of Ways to Celebrate

Pi Day: An Infinite Number of Ways to Celebrate

Math lovers, teachers and families around the world are ... [celebrating] Pi Day on March 14, or more precisely to the pi second, 3/14 (the American date format) at 1:59:26 p.m.Pi or ¼, approximately equal to 3.1415926, is one of the most important mathematical constants. It represents the ratio of any circle's circumference to its diameter. The Greek letter ¼, often spelled out as pi, was adopted as a symbol for the number from the Greek word for perimeter..."If there was just one day that screams math party, March 14 would have to be it," says Susan Jarema, founder of Googol Learning who always looks for ways to make math more exciting for children. Coincidently, March 14 is also Albert Einstein's birthday, which offers math lovers the chance to discuss famous discoveries that have been proved through mathematics."To me Pi Day is not only a day to celebrate math, it also recognizes the historical progress of our universal language of mathematics," comments Jarema. Pi dates back more than 4,000 years, when it was used by the Babylonians and Egyptians. In the third and fourth centuries B.C., great thinkers such as Archimedes, Ptolemy and Euclid came up with their own estimates and proofs. Today, supercomputers are able to estimate pi with precision to over a trillion digits.Besides March 14, there are other days to celebrate pi. Pi Approximation Day may be observed on several dates, but the most popular is July 22 (22/7 using the European date format--just divide 22 by 7 to estimate pi). Another favorite day to observe pi is November 10 (the 314th day of the year), or November 9 in a leap year. You could also celebrate Pi in December on the 355th day of the year at 1:13 p.m., for the Chinese approximation 355/113 (divide 355 by 113 to arrive at an estimate of pi).

The first recognized Pi Day celebration was held March 14, 1988, at the San Francisco Exploratorium, where the staff and public marched around in a circle and ate fruit pies. Now, many organizations, countless websites and thousands of classrooms host celebrations. Pi enthusiasts in the math community take pride in memorizing pi and coming up with higher estimates of its digits.Jarema created the award-winning musical Googol Power Math Series to make learning math fun for children. Since then, she has built a free-content website that shares ways to make math exciting. She offers 10 helpful ideas to make Pi Day a special celebration for your students or family...

Visit Googol Learning's website at www.googolpower.com to check out its Pi Day resource section and for many more free resources to help increase your child's interest in math.

Posted by oreydc at 6:34 AM No comments: Links to this post

Senator, You Must Correct the Wrong Done to Obama

Senator, You Must Correct the Wrong Done to Obama

Posted by oreydc at 1:18 PM No comments: Links to this post

Spring on the Ponderosa

Heading to the bus this morning and turned to look and realized I should take some pics of the Ponderosa. This year's daffodils are kinda slim... but the red bud is putting on a good show... also took a snap of my neighbor Keith's trees... woo hoo! 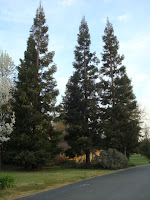 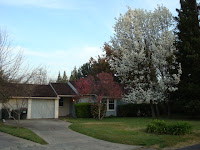 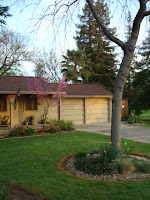 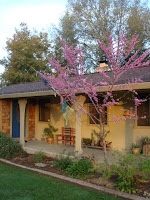 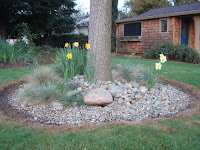 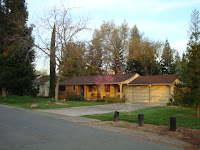 Posted by oreydc at 9:48 AM No comments: Links to this post

It will come as a surprise to many people that there are rules in politics. Most of those rules are unwritten and are based on common understandings, acceptable practices, and the best interest of the political party a candidate seeks to lead. One of those rules is this: Do not provide ammunition to the opposition party that can be used to destroy your party's nominee. This is a hyper-truth where the presidential contest is concerned.

By saying that only she and John McCain are qualified to lead the country, particularly in times of crisis, Hillary Clinton has broken that rule, severely damaged the Democratic candidate who may well be the party's nominee, and, perhaps most ominously, revealed the unlimited lengths to which she will go to achieve power. She has essentially said that the Democratic party deserves to lose unless it nominates her.
As a veteran of red telephone ads and "where's the beef" cleverness, I am keenly aware that sharp elbows get thrown by those trailing in the fourth quarter (and sometimes even earlier). "Politics ain't beanbag," is the old slogan. But that does not mean that it must also be rule-or-ruin, me-first-and-only-me, my way or the highway. That is not politics. That is raw, unrestrained ambition for power that cannot accept the will of the voters.

Senator Obama is right to say the issue is judgment not years in Washington. If Mrs. Clinton loses the nomination, her failure will be traced to the date she voted to empower George W. Bush to invade Iraq. That is not the kind of judgment, or wisdom, required by the leader answering the phone in the night. For her now to claim that Senator Obama is not qualified to answer the crisis phone is the height of irony if not chutzpah, and calls into question whether her primary loyalty is to the Democratic party and the nation or to her own ambition.
Posted by oreydc at 6:30 PM 1 comment: Links to this post