by: Bob Herbert, The New York Times
John McCain (on screen) delivers speech at annual conference of the National Urban League in Orlando, Florida. (Photo: Mary Altaffer / AP)
Gee, I wonder why, if you have a black man running for high public office - say, Barack Obama or Harold Ford - the opposition feels compelled to run low-life political ads featuring tacky, sexually provocative white women who have no connection whatsoever to the black male candidates.
Spare me any more drivel about the high-mindedness of John McCain. You knew something was up back in March when, in his first ad of the general campaign, Mr. McCain had himself touted as "the American president Americans have been waiting for."
There was nothing subtle about that attempt to position Senator Obama as the Other, a candidate who might technically be American but who remained in some sense foreign, not sufficiently patriotic and certainly not one of us - the "us" being the genuine red-white-and-blue Americans who the ad was aimed at.
Since then, Senator McCain has only upped the ante, smearing Mr. Obama every which way from sundown. On Wednesday, The Washington Post ran an extraordinary front-page article that began:
"For four days, Senator John McCain and his allies have accused Senator Barack Obama of snubbing wounded soldiers by canceling a visit to a military hospital because he could not take reporters with him, despite no evidence that the charge is true."
Evidence? John McCain needs no evidence. His campaign is about trashing the opposition, Karl Rove-style. Not satisfied with calling his opponent's patriotism into question, Mr. McCain added what amounted to a charge of treason, insisting that Senator Obama would actually prefer that the United States lose a war if that would mean that he - Senator Obama - would not have to lose an election.
Now, from the hapless but increasingly venomous McCain campaign, comes the slimy Britney Spears and Paris Hilton ad. The two highly sexualized women (both notorious for displaying themselves to the paparazzi while not wearing underwear) are shown briefly and incongruously at the beginning of a commercial critical of Mr. Obama.
The Republican National Committee targeted Harold Ford with a similarly disgusting ad in 2006 when Mr. Ford, then a congressman, was running a strong race for a U.S. Senate seat in Tennessee. The ad, which the committee described as a parody, showed a scantily clad woman whispering, "Harold, call me."
Both ads were foul, poisonous and emanated from the upper reaches of the Republican Party. (What a surprise.) Both were designed to exploit the hostility, anxiety and resentment of the many white Americans who are still freakishly hung up on the idea of black men rising above their station and becoming sexually involved with white women.
The racial fantasy factor in this presidential campaign is out of control. It was at work in that New Yorker cover that caused such a stir. (Mr. Obama in Muslim garb with the American flag burning in the fireplace.) It's driving the idea that Barack Obama is somehow presumptuous, too arrogant, too big for his britches - a man who obviously does not know his place.
Mr. Obama has to endure these grotesque insults with a smile and heroic levels of equanimity. The reason he has to do this - the sole reason - is that he is black.
So there he was this week speaking evenly, and with a touch of humor, to a nearly all-white audience in Missouri. His goal was to reassure his listeners, to let them know he's not some kind of unpatriotic ogre.
Mr. Obama told them: "What they're going to try to do is make you scared of me. You know, he's not patriotic enough. He's got a funny name. You know, he doesn't look like all those other presidents on those dollar bills, you know. He's risky."
The audience seemed to appreciate his comments. Mr. Obama was well-received.
But John McCain didn't appreciate them. RACE CARD! RACE CARD! The McCain camp started bellowing, and it hasn't stopped since. With great glee bursting through their feigned outrage, the campaign's operatives and the candidate himself accused Senator Obama of introducing race into the campaign - playing the race card, as they put it, from the very bottom of the deck.
Whatever you think about Barack Obama, he does not want the race issue to be front and center in this campaign. Every day that the campaign is about race is a good day for John McCain. So I guess we understand Mr. McCain's motivation.
Nevertheless, it's frustrating to watch John McCain calling out Barack Obama on race. Senator Obama has spoken more honestly and thoughtfully about race than any other politician in many years. Senator McCain is the head of a party that has viciously exploited race for political gain for decades.
He's obviously more than willing to continue that nauseating tradition.
Posted by oreydc at 11:44 AM No comments: Links to this post

A Campaign of Persecution Against a Faith of Tolerance

Well you see, about 10 years ago, it rather went like this...

SEE: http://www.buzzflash.com/articles/election08/272
Posted by oreydc at 3:10 PM No comments: Links to this post 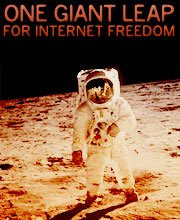 Posted by oreydc at 12:41 PM No comments: Links to this post

see: http://my.barackobama.com/page/content/fightthesmearshome/
Posted by oreydc at 12:22 AM No comments: Links to this post

More Greetings from the Summer of Love

Plenty of news… so many good friends and even a few members of the family have RSVP’d for the Anniversary party on the 9th. Our son and his girlfriend are coming, cousins and their family, neighbors, dear friends from Portland and Los Angeles. There is M’s family and parents in Brasil who cannot be here yet wish they could, and there are members of my family who don’t want to be here on the day (their great loss). It should be a grand time.

Some folks have asked why we are doing this. After all, we were married and domesticated 8 years ago in a tremendous ceremony by 90 Methodist ministers who laid their hands on us. M may have his reasons, but mine are simply, “because we can”.

There are thousands of couples across the country who cannot marry, or even receive domestic partnership benefits. There are many of my friends who have passed away, who would have wished to have had the right to marry. So besides being absolutely besotted by my partner of 10 years, I want to do this for those who cannot.

So we do this for them… and will raise a glass in their memory because we can!

Posted by oreydc at 11:49 PM No comments: Links to this post

The Vision of Race Unity: America's Most Challenging Issue

"Know ye not why We created you all from the same dust? That no one should exalt himself over the other. Ponder at all times in your hearts how ye were created. Since We have created you all from one same substance it is incumbent on you to be even as one soul, to walk with the same feet, eat with the same mouth and dwell in the same land, that from your inmost being, by your deeds and actions, the signs of oneness and the essence of detachment may be made manifest."
~ Baha'u'llah
Posted by oreydc at 10:02 PM No comments: Links to this post

Revolution in the Air: Brazil is an island of relative stability

Weathering the Storm
The specter of global stagflation looms, but in Brazil, things couldn't be better. How a sleeping giant became the world's hottest market.
Posted by oreydc at 9:37 PM No comments: Links to this post 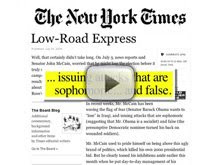 Posted by oreydc at 6:06 PM No comments: Links to this post

10 things you should know about John McCain

10 things you should know about John McCain (but probably don't):

Posted by oreydc at 11:51 AM No comments: Links to this post 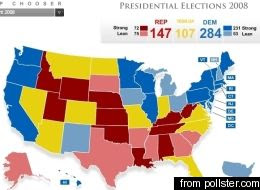 Posted by oreydc at 9:54 PM No comments: Links to this post

Standing before a room of oil company executives in June, John McCain flip-flopped and declared support for coastal oil drilling. Now the Washington Post is reporting that, within days, oil and gas execs ponied up nearly $1 million to elect McCain.1 It's another piece of evidence that in a McCain White House, oil companies will call the shots—just as they have with President Bush. Click the pic below to learn more: 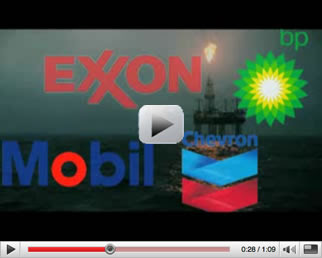 Posted by oreydc at 5:27 PM No comments: Links to this post

Posted by oreydc at 5:21 PM No comments: Links to this post

Sen. Barack Obama now leads Sen. John McCain among national registered voters by a 49% to 40%, according to the latest Gallup Tracking Poll."The margin, coincident with the extensive U.S. news coverage of Obama's foreign tour, is the largest for Obama over McCain measured since Gallup began tracking the general election horserace in March."
Posted by oreydc at 8:53 AM No comments: Links to this post