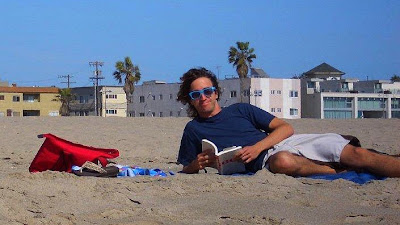 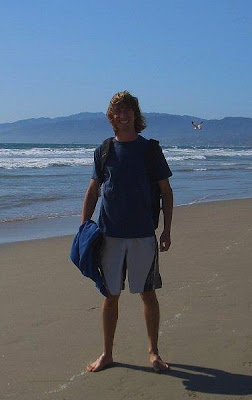 Photos courtesy of his mom / As fotos são cortesia da mãe dele.
Posted by oreydc at 3:56 PM No comments:

Via JMG: Militia Targets Dozens Of State Governors With Threats Of "Removal"

The FBI is warning state governors today that recent letters sent by the militia group Guardians Of The Free Republics may provoke violence against them. The group has mailed letters to dozens of governors saying that if they don't resign, they'll be taken out by unnamed means.

The FBI expects all 50 governors will eventually receive such letters. Governors whose offices reported getting the letters included Jennifer Granholm of Michigan, Bobby Jindal of Louisiana, Chet Culver of Iowa, Dave Heineman of Nebraska, Jim Gibbons of Nevada, Brad Henry of Oklahoma, Mike Rounds of South Dakota, Bob McDonnell of Virginia, and Gary Herbert of Utah, where officials stepped up security in response to the letter. In Nevada, screening machines for visitors and packages were added to the main entrance to the state Capitol as a precaution. "We're not really overly concerned, but at the same time we don't want to sit back and do nothing and regret it," Deputy Chief of Staff Lynn Hettrick said.

Granholm spokeswoman Liz Boyd said federal authorities had alerted the governor that such a letter might be coming, and it arrived Monday or Tuesday. Boyd, who described the letter as "non-threatening," said it was opened by a staffer and immediately turned over to the Michigan State Police. Jindal's office confirmed that the governor had received one of the letters and directed questions to the Louisiana State Police. "They called us as they do for any letter that's out of the norm," said Lt. Doug Cain, a state police spokesman. He declined to provide specifics about the letter, but said, "not knowing the group and the information contained in the letter warranted state police to review it." The FBI warning comes at a time of heightened attention to far-right extremist groups after the arrest of nine Christian militia members last weekend accused of plotting violence.

In the clip below, a supporter of the Guardians displays his weapons, talks about Barack Obama's birth certificate, and provides shopping advice about stocking food supplies for the coming civil war.

a repost from JMG
Posted by oreydc at 3:50 PM No comments:

Not Satisfied With US History, Some Conservatives Rewrite It

Steven Thomma, McClatchy Newspapers: "The right is rewriting history. The most ballyhooed effort is under way in Texas, where conservatives have pushed the state school board to rewrite guidelines, downplaying Thomas Jefferson in one high school course, playing up such conservatives as Phyllis Schlafly and the Heritage Foundation and challenging the idea that the Founding Fathers wanted to separate church and state. The effort reaches far beyond one state, however."

Read the Article
Posted by oreydc at 3:25 PM No comments:

Read the Article
Posted by oreydc at 3:22 PM No comments:

Posted by oreydc at 3:20 PM No comments:

A nation slipping off its meds --

"The future is always impossible to accurately predict. And that of course is true. Nonetheless, in this case here's the vastly distressing kicker: The future is not normally resistant to accurate predictions largely because of the intervening variable of raging madness."