A dose of Bizarro to end a perfect day in California... 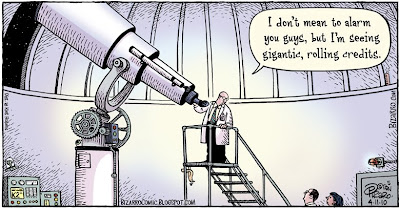 Posted by oreydc at 10:58 PM No comments: Links to this post

"Many women who do not dress modestly ... lead young men astray, corrupting their chastity and spread adultery in society, which (consequently) increases earthquakes."

- Hojatoleslam Kazem Sedighi
Posted by oreydc at 9:31 PM No comments: Links to this post

Driving Dr. Rosa: A Grand day out at the CSET Conference @ Stanford

Compared to what I do, and where I work... it's so fancy and rich there...

I mean its hard to take a wiz with out any graffiti to read... so we drove back via Skyline and San Francisco, with dinner in the Castro . All that perfection, money, uber cleanliness and complete lack of liter and graffiti got to us, so we had dinner in San Francisco. We feel much better now.

I plan to spend the whole day tomorrow weeding... 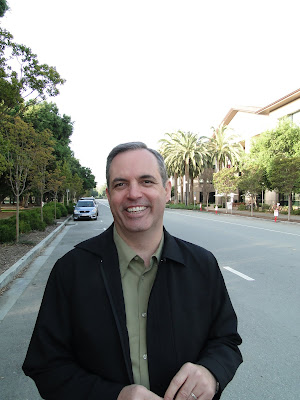 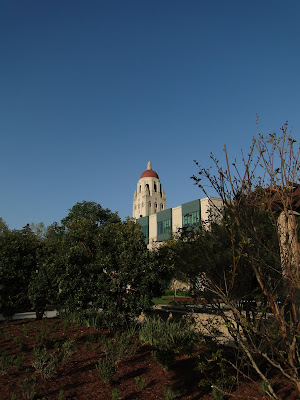 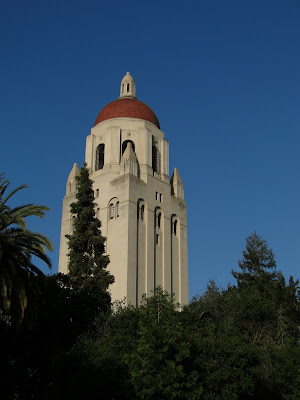 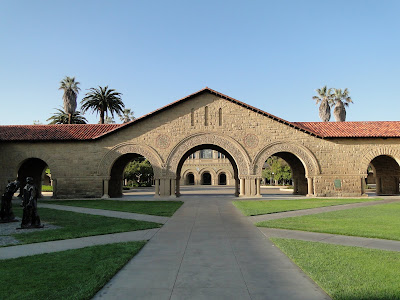 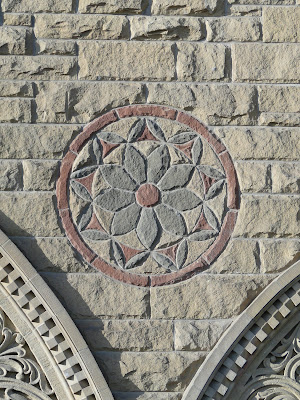 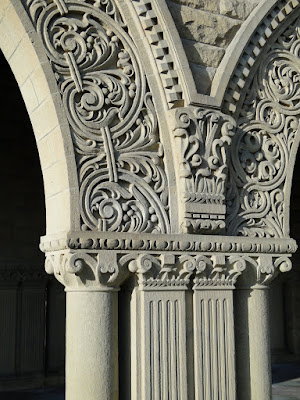 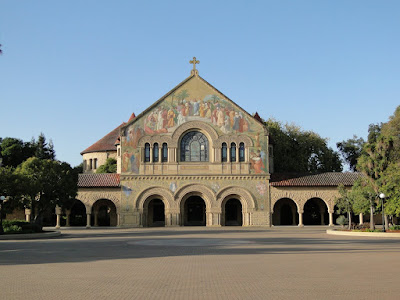 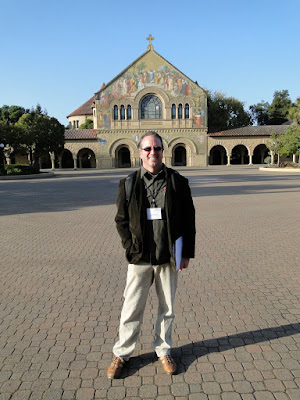 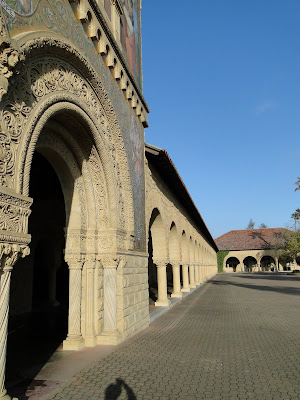 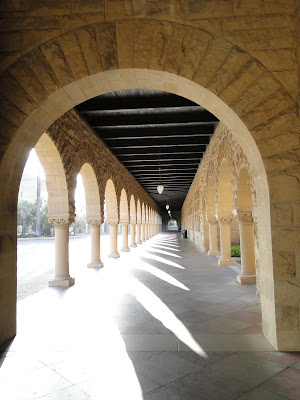 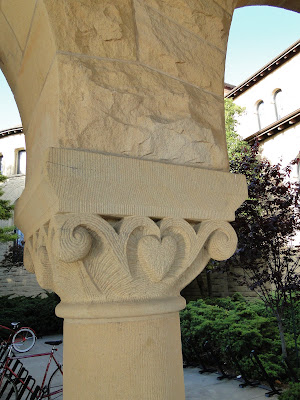 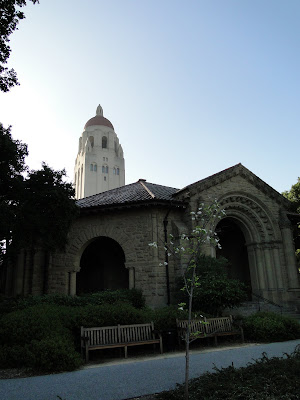 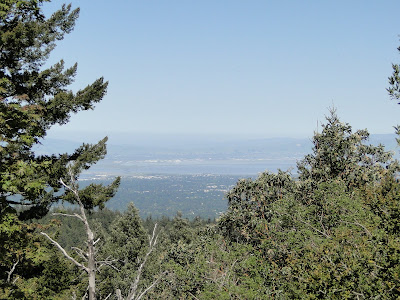 Posted by oreydc at 8:15 PM 6 comments: Links to this post

Via JMG: Being Boring 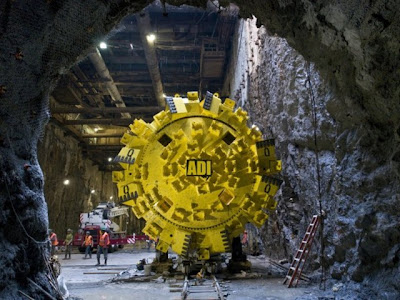 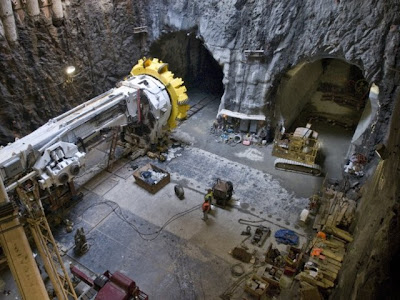 After about two years of prep work, they've finally lowered the giant rock boring machine into the Upper East Side pit to begin drilling the next section of the Second Avenue Subway.

The machine’s 200-ton cutter head — which uses 44 rotating discs to mine through tons of underground rock — arrived at the project’s “launch box” between 96th and 92nd streets on Second Avenue on Wednesday. The entire, 450-foot-long Tunnel Boring Machine (TBM) will drill nearly a mile and a half of the new two-track line’s western tunnel beginning in May, the MTA stated.

The Q line will be running under my street in just nine years! Weren't we all supposed to be using hover-pods by now?

a repost from JMG
Posted by oreydc at 8:12 PM No comments: Links to this post

Bill Maher laid into the tea party movement and the American people for what he described as their disconnect from the reality of the nation's finances.

Despite a $12.8 trillion national debt, America does not want to cut back on entitlement programs, defense spending, or even space travel, Maher observed during his "new rule" monologue on "Real Time."

He challenged the tea partiers to take on defense spending saying:

Everything that goes into defense costs us about a trillion dollars a year, most of which goes into fighting the Russians in 1978. Fighter planes for all those dog fights we get into with the Taliban, submarines to foil their evil plot to blow up our ships with car bombs, and space lasers to shoot down their exploding underpants...scream about handouts, this is what they should be protesting.

Posted by oreydc at 8:06 PM No comments: Links to this post

April 23, 2010
FCC Commissioner Michael J. Copps is passionate about the role of media in the United States. That's why two recent court rulings are troubling him. One rolled back restrictions on cross-media ownership (owning a broadcast entity and a newspaper in the same market). The other, in a big victory for telecomm companies, basically states that the FCC has little authority under current law over Internet service providers. Find out more about these and other media issues below.


The Comcast Case and Net Neutrality
In 2006 Bill Moyers investigated the complicated debate about net neutrality in the documentary THE NET @ RISK. Some activists describe the ongoing debate this way: A few mega-media giants owns much of the content and controls the delivery of content on radio and television and in the press; if we let them take control of the Internet as well, immune from government regulation, who will pay the price? And how can we assure equal access for all materials and ideas? Their opponents say that the best way to encourage Internet innovation and technological advances is to let the market — not the federal government — determine the shape of the system. As Michael Copps defines it: "This isn't about regulating the Internet, this is making sure that the Internet is kept open and that others don't close the doors and become gatekeepers or the keepers of those tollbooths."

In early April 2010 a federal appeals court handed a set-back to the FCC's ability to police the Internet — ruling that the FCC's purview under current law gives it little authority over broadband services. Copps believes that the companies providing and making a profit from Internet services are not the right people to police the system. And Copps doesn't mince words about the importance of the net neutrality issue:


Where Does the US Stand?

Regulating broadband content speeds is just one of the Internet issues facing the US public and government. Some people look upon high-speed Internet access as akin to a right. Michael Copps terms it "more transformative than anything since the printing press" and yet for many Americans high speed broadband is either not available or too expensive. A quick look at the OCED's statistics on broadband penetration and cost shows the US's standing. The US has fallen from second to 15th in broadband penetration. Our average download speed is far slower than Japan, Korea, France and a host of other countries. As for price, the US hovers above the middle of the pack in average monthly prices.


Media Ownership
Under the administration of two previous FCC chairmen Michael Powell and Kevin Martin media ownership rules had been relaxed. The FCC then reinstated some of the restrictions prohibiting cross-ownership. But in early 2010 the U.S. Court of Appeals for the Third Circuit lifted the ban on cross-ownership. It's a move which leads many media watchers to fear a further narrowing of voices in mainstream media. As Michael Copps notes: "If your big issue is energy dependence, or climate change, or health insurance, or expanding equal opportunity, this issue of the future of the media, now the media on broadband, has to be your number two issue. Because, on that one, depends on how that big issue that your number one issue gets filtered and funneled to the American people."
Michael J. Copps
Michael J. Copps was nominated for a second term as a member of the Federal Communications Commission on November 9, 2005, and sworn in January 3, 2006. His term runs until June 30, 2010. He was sworn in for his first term on May 31, 2001.

Mr. Copps served from 1998 until January 2001 as assistant secretary of Commerce for Trade Development at the U.S. Department of Commerce. In that role, Mr. Copps worked to improve market access and market share for nearly every sector of American industry, including information technologies and telecommunications. From 1993 to 1998, Mr. Copps served as deputy assistant secretary for Basic Industries, a component of the Trade Development Unit.

Mr. Copps moved to Washington in 1970, joined the staff of Senator Fritz Hollings (D-SC) and served for over a dozen years as his administrative assistant and chief of staff. From 1985 to 1989, he served as director of government affairs for a Fortune 500 Company. From 1989 to 1993, he was senior vice president for legislative affairs at a major national trade association.

make the jump here to Bill Moyer's Journal
Posted by oreydc at 8:55 PM No comments: Links to this post

Where Are The Tea Parties? 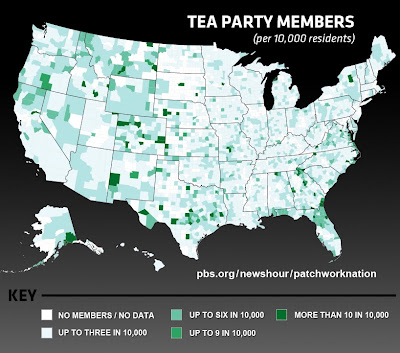 Posted by oreydc at 6:45 PM No comments: Links to this post 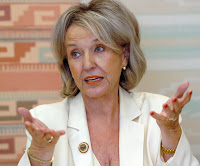 Arizona Gov. Jan Brewer signed into law the nation's toughest legislation against illegal immigration Friday, a sweeping measure that supporters said would take handcuffs off police but which President Barack Obama said could violate people's civil rights. The bill, sent to the Republican governor by the GOP-led Legislature, would make it a crime under state law to be in the country illegally. It would also require local police officers to question people about their immigration status if there is reason to suspect they are illegal immigrants. Brewer, who faces a tough election battle and growing anger in the state over illegal immigrants, said the law "protects every Arizona citizen," and said the state must act because the federal government has failed.

President Obama has vowed that the federal government will look at ways to overturn the bill on constitutional grounds.

Via JMG
Posted by oreydc at 6:16 PM No comments: Links to this post 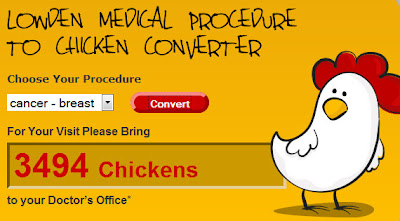 Earlier this week Nevada GOP U.S. Senate candidate Sue Lowden said that instead of all this nonsense about health care reform, we should go back to "the olden days our grandparents, they would bring a chicken to the doctor, they would say I'll paint your house. 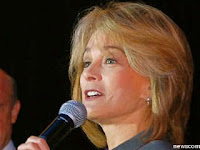 I mean, that's the old days of what people would do to get health care with your doctors. Doctors are very sympathetic people. I'm not backing down from that system." Democrats are having a field day with Lowden's comments, sending chicken-suited pranksters to her speaking engagements and creating the above how-many-chickens-does-it-take medical calculator. There's also Chickens For Checkups. Keep on fuckin' that chicken, Sue.

a repost from JMG
Posted by oreydc at 6:10 PM No comments: Links to this post

Dick Meister, Truthout: "Hundreds of thousands of workers are being cheated by US employers who blatantly violate the laws that are supposed to guarantee those workers decent wages, hours and working conditions."


Posted by oreydc at 5:52 PM No comments: Links to this post

James Kwak and Simon Johnson: Banks Are an Oligarchy

Bill Moyers Journal: "Moyers and economists James Kwak and Simon Johnson wonder whether the financial powers are more profitable, and more resistant to regulation than ever. How did Big Finance grow so powerful that its hijinks nearly brought down the global economy - and what hope is there for real reform with Washington politicians on Wall Street's payroll?"

Posted by oreydc at 5:51 PM No comments: Links to this post

The Good News About the Very Bad News (About Climate Change)

Rebecca Solnit, TomDispatch.com: "These days, I see how optimistic and positive disaster and apocalypse movies were. Remember how, when those giant asteroids or alien space ships headed directly for Earth, everyone rallied and acted as one while our leaders led? We're in a movie like that now, except that there's not a lot of rallying or much leading above the grassroots level."

Posted by oreydc at 3:17 PM No comments: Links to this post