Matt Frei reports on the economic growth of Brazil. Can the country close the gap between the haves and the have-nots?

Posted by oreydc at 9:14 AM No comments: Links to this post

Posted by oreydc at 5:03 PM No comments: Links to this post

Best Places To Live In The World: Mercer Survey

Posted by oreydc at 2:33 PM No comments: Links to this post

Brazil is Latin America's largest country and the fifth most populous in the world with nearly 193 million people. Its economy is forecast to grow 6.5% this year. A social welfare scheme introduced by President Lula in 2003 has transformed the lives of millions of poor people, although the gap between rich and poor remains high.

Geographically, Brazil's richest states are located in a strip running along the coast line, where most of its cities and key ports are located. These states were home to the first European colonialists, and where industry and commerce first flourished.

Brazil's last census results are from 10 years ago. Urban centres on the eastern coast have the highest population while rural areas and the Amazon rainforest remain relatively sparsely populated. The most recent estimate put the total population at 191 million people.

Bolsa Familia translates as "family grant". Since it began in 2003, the scheme has benefited millions of the country's poorest people.

Payments are usually made to a leading female member of each family.

Brazil's perennial title of "country of the future" has become something of a cliche, but its politicians and business leaders are confident that it is on course to become the world's fifth largest economy by 2026.

Brazil is often bracketed with India, China and Russia as a grouping of countries developing rapidly and with similar economic potential.

The graph below shows how the IMF forecasts their comparative GDP/Purchasing Power Parity figures could grow over the next five years.

click here to make the jump to the original article

Posted by oreydc at 2:27 PM No comments: Links to this post

Posted by oreydc at 11:46 AM No comments: Links to this post

All our children are entitled to a safe learning environment — one free from harassment and abuse.

That's why I'd like to extend a special invitation to you to help us produce a new classroom film about one of the most important civil rights issues of the 21st century — the persistent homophobia in our society and the tragic bullying of gay students.

The film, Bullied: A Student, a School and a Case that Made History, and its accompanying teaching kit will inspire millions of students and educators for years to come, teaching them that anti-gay bullying is wrong — morally and legally.

In appreciation of your support, we'll add your name to the film credits and send you a free copy of the film. Your name on the film will reflect your commitment to justice.

Bullied will impart its powerful lessons through the story of Jamie Nabozny, a gay student who endured years of abuse and torture. Jamie's day often began on the school bus with "Good morning, faggot." The verbal and physical harassment by his classmates was relentless and frequently violent. Once, Jamie was beaten so severely he required surgery.

Despite Jamie's and his parents' pleas for help, his teachers and school officials never disciplined his attackers, forcing him to turn to the legal system. After a historic trial, a federal court ruled that school officials could be held accountable for not stopping anti-gay abuse, leading to the nation's first legal protections for gay students in schools.

Sadly, thousands of students in our nation's schools continue to suffer the kind of abuse that Jamie endured. I'm sure you've seen the shocking headlines about children — some as young as 11 — so tortured by anti-gay bullying that they have taken their own lives.

That's why our new film kit is so timely and necessary. We need to provide teachers and students with the necessary tools to curb the devastating consequences of anti-gay bullying, and we need it now. With your help, we plan to release Bullied in September and distribute 25,000 kits free of charge to schools in the first year.

I hope that you'll accept my invitation to join us in this important project. You can also help by speaking out when you hear anti-gay and other bias slurs, especially coming from children and teenagers. Together, we can make a difference.

Posted by oreydc at 9:18 AM No comments: Links to this post

One of my favorite artists is Doug West. Click on the pics to go to his website.We have one print in our home. 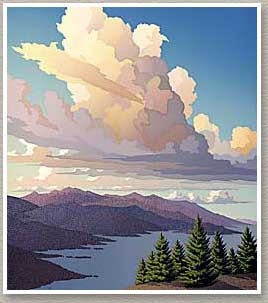 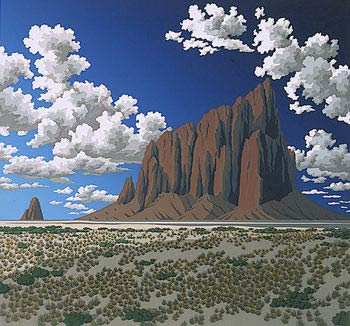 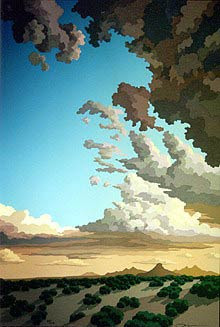 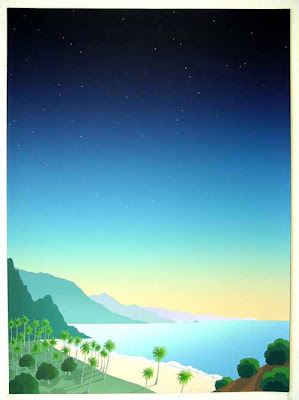 Posted by oreydc at 10:10 PM No comments: Links to this post

via JMG: Art Linkletter Dies At 97

Canadian television pioneer Art Linkletter died at his Los Angeles home today at the age of 97. Linkletter's show House Party, which ran for 20 years on CBS, spawned his Kids Say The Darndest Things book series, which sold millions. Linkletter had what is thought to be the longest marriage in modern celebrity history and is survived by his wife of 75 years.

reposted from JMG
Posted by oreydc at 5:56 PM No comments: Links to this post

CFA GOES TO D.C. TO ADVOCATE FOR FEDERAL FUNDING

CFA joined with both national and local allies including SEIU International, NEA and SEIU 1000 (California State Workers Union) in an effort to secure federal funding through three bills that will save and create jobs and send much-needed fiscal relief to state and local governments.

Among the bills CFA lobbied for were:

The “Keep Our Educators Working Act”
Introduced in the U.S. Senate by Sen. Tom Harkin (D-Iowa), chair of the Senate Health, Education, Labor and Pensions Committee; provides at least the same $23 billion already approved by the House in December 2009, in the Jobs for Main Street Act (H.R. 2847). This bill has the potential to bring in $2.8 billion in deferral funding back to California.

This bill provides immediate fiscal relief to states and prevent jobs-killing cuts to our economy. By extending this bill California could see an increase in federal Medicaid funds to provide both direct and indirect relief to both state and local government. This bill could bring some $2.5 billion in federal offsets to California.

This bill would provide federal funding to create 1 million new jobs in cities, counties, and schools.

∙ WHAT YOU CAN DO SUPPORT THE FIGHT FOR FEDERAL FUNDING

The National Education Association (NEA) needs your help to get the funding necessary to save educators’ jobs and prevent students from losing good teachers and education support professionals.

To help, go to NEA’s new Education Votes website to share your story about what is happening in higher to education jobs even as the economy slowly begins to recover from the Great Recession.

It is critical to include the higher education perspective on this situation, so please go to http://www.educationvotes.nea.org/2010/04/02/share-your-story-to-help-save-educators-jobs/ to share your story, and we can build support to keep education jobs, and hire the new faculty and staff our colleges and universities need in the coming year.


The site also hosts a petition to support the “Keep Our Educators Working Act” at: http://www.educationvotes.nea.org/petition/

The key to getting the funding approved by Congress involves demonstrating to Senators—who are extremely “budget deficit” conscious these days—the huge impact not passing an education jobs funding bill would have on public schools and the economy as a whole. The more stories we can present to lawmakers from a cross-section of the country, the more successful we will be.

LINKS OF THE WEEK

Inside Higher Ed: The Power of the System
http://www.insidehighered.com/views/2010/05/21/logue

Posted by oreydc at 2:02 PM No comments: Links to this post

UC RELEASES PLAN TO SAVE $500M A YEAR BY STREAMLINING ADMINISTRATION

University of California officials have initiated a plan that could save $500 million over the next five years simply by streamlining campus administration numbers and administrative functions.

The UC Board of Regents convened last week to discuss the proposed budget for the upcoming fiscal year and to hear proposals for cost-saving measures.

To learn more, go to: http://www.universityofcalifornia.edu/news/article/23419

Posted by oreydc at 2:00 PM No comments: Links to this post