FOX is up to its old race-baiting tricks. But this time, CNN is repeating FOX's distortions and taking them mainstream.

FOX is claiming that under President Obama, the Department of Justice (DOJ) is refusing to prosecute voting rights offenses when the victims are White and the perpetrators are Black.[1] It's a bogus story based on the allegations of one former Republican DOJ attorney, and it sidesteps a mountain of facts.[2]

On Tuesday, FOX complained that other news outlets weren't covering the story. The next day, CNN uncritically echoed FOX's distorted story, lending it mainstream credibility. We expect FOX to engage in this kind of race-baiting. But CNN should know better, and we need to hold them publicly accountable.

That's what I've joined my friends at ColorOfChange to send a message to Jon Klein, head of CNN, demanding CNN stop running with half-baked, racially charged stories from FOX. Click the link below to add your voice, and then please ask your friends and family to do the same:

FOX consistently plays to the fear that President Obama will not govern Blacks and Whites equally, and they're hard at work promoting this twisted narrative again.

The story that FOX is pushing revolves around an incident on election day 2008 in which several men from a small, fringe organization called the New Black Panther Party (NBPP -- no relationship to the original Black Panther Party) stood in front of a polling place in a majority Black voting district, one of them carrying a nightstick. The Bush Justice Department charged them with civil voter intimidation charges, after deciding that the case didn't meet the bar for criminal charges.[3] After Obama took office, the Department of Justice dropped most of the remaining charges, saying that they weren't supported by the facts and the law, while obtaining an injunction against the man who had been carrying a nightstick.[4]

But in FOX's hands, the story has become that the case was dropped because of anti-White policies in the Obama administration, with Andrew Breitbart and host David Asman effectively calling the President a racist.[5] CNN's willingness to follow FOX's lead is inexcusable.

The New Black Panther story is built on the claims of one man -- J. Christian Adams, a former Justice Department official who claims that the Obama administration dropped the NBPP case because of race.[6] But even the most basic digging reveals that Adams is nothing more than a conservative activist hired by a Bush administration that was hell-bent on politicizing the Justice Department and subverting its civil rights enforcement mission.[7] During the Bush years -- the bulk of Adams' tenure at the DOJ -- civil rights enforcement decreased. The DOJ failed to even investigate numerous clear civil rights violations when the victims were Black and Latino, especially allegations involving voting rights.[8]

CNN has repeatedly allowed Adams to air his twisted views without allowing opposing perspectives or telling the full story of Adams' past. CNN calls itself "the most trusted name in news," but they just became complicit in a right wing effort to smear President Obama and Attorney General Holder as racists. Help hold them accountable now:

The fact is that there's simply no evidence to support Adams' claims. No "victims" -- White or otherwise -- have stepped forward to say that they were intimidated on the day in question.[9]

Even Abigail Thernstrom, GOP-appointed vice chair of the U.S. Commission on Civil Rights, which is now investigating the situation, blasted Adams, his theory, and the path it's forced the commission to pursue. She sees it as an embarrassment. Thernstrom said, "I know Chris Adams very well, and he doesn't know why the decision was made." She goes on to call the DOJ's position "perfectly plausible" and concludes "I don't think that this inquiry has served the interests of the Commission as being a bipartisan watchdog for important civil rights violations, and I do not believe it has served well the party to which I belong."[10,11]

The real danger of FOX

FOX has consistently stoked the fears of some White Americans that President Obama might favor Blacks over Whites -- an irresponsible and dangerous game. But it's even more dangerous when other news networks amplify and validate what they're doing. This is FOX's plan, and it's important to note that just before the story got covered on CNN, FOX spent the previous day accusing the other news organizations of not covering the story. They set the bait and CNN took it.

It's the same pattern that was used to put ACORN out of business. FOX ran a smear-campaign with partial or fabricated information and then got other news outlets to follow and run with the same story without digging deeper. Once the truth came out, it was too late.[12]

We expect FOX to lie and distort. But for CNN and others to fall into the trap of repeating FOX's claims is a different story. Now, in hopes of preventing similar situations in the future, we must fight back. Please join me in calling on CNN to do real reporting, and not mainstream FOX's distortions and lies. And when you do, please ask your family and friends to do the same. It only takes a moment: 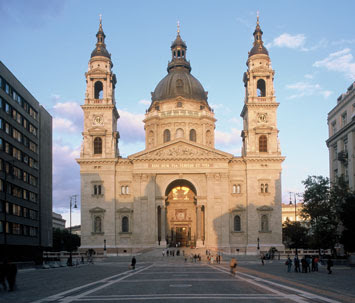 Posted by oreydc at 9:43 AM No comments:

Via JMG and Pam: Today In Christian Higher Learning 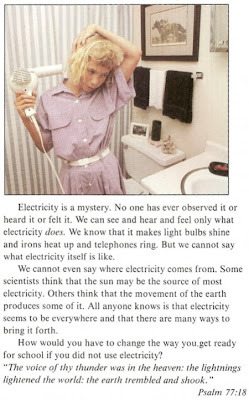 Pam Spaulding provides the above highly scientific page from a textbook published by Bob Jones University. They are the Christian scientists of the future, people. Chapter 2 delves in the spooooky mystery of the tides: "God moves the water and that's all you need to know."

reposted from Joe
Posted by oreydc at 12:53 PM No comments:

Via JMG: RUSH LIMBAUGH: Obama Created The Recession As Payback For Racism

reposted from Joe
Posted by oreydc at 11:01 AM No comments:

Posted by oreydc at 6:03 PM No comments:

Posted by oreydc at 3:22 PM No comments:

Posted by oreydc at 3:17 PM No comments:

Arianna Huffington: After extensively documenting why my claim (made during a dust-up with Liz Cheney on This Week) that Halliburton had defrauded American taxpayers of "hundreds of millions of dollars in Iraq" was true, PolitiFact.com turned around and rated the statement "Half True." It was an object lesson in equivocation, and a prime exhibit of the kind of muddled thinking that dominates Washington and allows the powerful to escape accountability -- and our corrupt no-accountability status quo to continue wreaking havoc on our country. It's a favorite trick of those in power: using ambiguity and complexity as a sort of chemical dispersant on the truth. Dilute it enough and it becomes unrecognizable. So it's worth returning to the scene of the crime to do a little CSI exam of the evidence and see what we can conclude from PolitiFact's head-scratching conclusion.

Click here to read more.
Posted by oreydc at 11:31 AM No comments:

From a few years ago - a buddy is in Costa Rica and told me he did a zipline... and I remembered I had these:

My son sent me this from the internet, so it must be true!