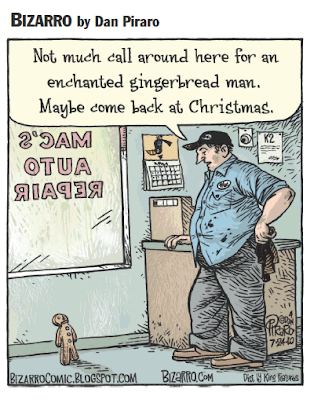 Posted by oreydc at 3:09 PM No comments: Links to this post

Via JMG: Cyndi Lauper Goes Off On Bush, Cheney, And Fundamentalists

reposted from Joe
Posted by oreydc at 2:23 PM No comments: Links to this post

Posted by oreydc at 11:11 AM No comments: Links to this post

Via Buzzflash: FOX Fraudcasting is a Racist Network that is the Unofficial Propaganda Voice of the Neo-Confederacy Movement

There's little left to say after years of FOX Fraudcasting using its large cable TV viewership to pump racism like an IV line into America's living rooms and the brains of Ditto heads. Even though FOX may hire fetching blonde bimbos to sex up its propaganda machine, it is the war room for returning the white American male to the top of the paternalistic money and social pyramid.

To accomplish this goal, it has to convince the economically besieged white working class that minorities, particularly blacks, are more a threat to them than the rich white guys who are picking the pockets of what used to be a vibrant middle class in America.

FOX has become an essential tool in creating the myth of an American "center" that leans right, when the nation would topple over to the left if the truth had a chance to get its pants on before racially coded falsehoods made their way around the corproate media (hat tip to Mark Twain). Murdoch and his Goebbels, Roger Ailes (who started his career as a producer for Mike Douglas and then was the "maestro" who created the "new" Nixon during the 1968 election), use the emotional hot button of race to divide the economically short shafted into racial camps. They play the game of white entitlement with expertise, creating fiction and hyperbolic exaggerations in order to fan the flames of discord among America's diverse population. The truth doesn't matter to FOX viewers; it's the reassuring and rage provoking narrative of white victimhood that ignites its audience. The truth becomes whatever fits that narrative and stirs up dust, even if it is factually false or grotesquely distorted.

What is almost unfathomable is that Democratic Administration after Democratic Administration and Congressional Leadership has cravenly retreated in the face of FOX falsehoods time and time again. As an Obama Administration official allegedly told Shirley Sherrod in firing her (paraphrased): "Don't you realize, you're going to be attacked by Glenn Beck tonight?" Apparently, the psychopathological babble of Glenn Beck stirs fear in the Obama Administration, especially among the likes of Rahm Emanuel, who is only a tough guy when it comes to liberals but a coward and lackey when it comes to the right wing character assassination squads. Emanuel's strategy for dealing with the sleazy GOP media machine is appeasement.

FOX Fraudcasting does understand the visuals and technological marvels of modern television, which somewhat explains its omnipresence; it's like a well-made advertisement, and an advertisement it is for the racism, bigotry and oligarchical entitlement of the white male.

FOX Fraudcasting deserves to be named BuzzFlash Media Putz of the Decade. But then, of course, how could you deny Rush Limbaugh the honor, a man for whom racism isn't even coded; it's as blatant as a Confederate Flag at a Tea Party Rally.

Posted by oreydc at 10:50 PM No comments: Links to this post

Via NYT: Globish For Beginners

If the whole world speaks English, will it still be English?

In 1834, Thomas Babington Macaulay, the British historian and statesman, arrived in Madras. He travelled north to Calcutta, then India’s capital, to assume the role of Law Member of the Governor-General’s Council. “We know that India cannot have a free Government,” Macaulay had written to the Scottish philosopher James Mill the year before. “But she can have the next best thing: a firm and impartial despotism.” A few months later, Macaulay wrote a memo on Indian education, which stated, “It is impossible for us, with our limited means, to attempt to educate the body of the people. We must at present do our best to form a class who may be interpreters between us and the millions whom we govern; a class of persons, Indian in blood and colour, but English in taste, in opinions, in morals, and in intellect.” The implication was obvious: Indians must learn the language of their occupiers. 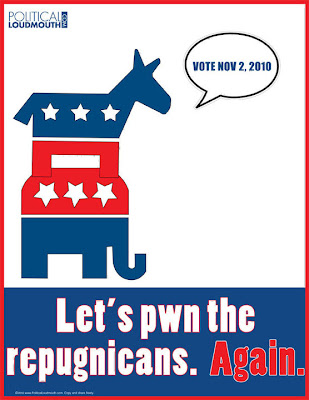 Posted by oreydc at 8:38 PM No comments: Links to this post

According to the College Completion Agenda, no more than 40 percent of the U.S. adult population has a college degree, and even though most high school graduates enroll in college, only 56 percent earn an undergraduate degree in six years or less. The completion rate drops even more in community colleges, where only 28 percent earn a degree in three years or less.

"It's a very serious problem. People like never before in the United States understand how critical it is to get an education," says Gaston Caperton, president of the College Board, which commissioned the study. He says the U.S. is losing its competitive advantage in the world because it's not producing nearly enough people with the level of education necessary to keep high-paying jobs from leaving the country.

make the jump here to read & listen to the full article

Posted by oreydc at 3:22 PM No comments: Links to this post

Via JMG: Photo Of The Day - Comic-Con 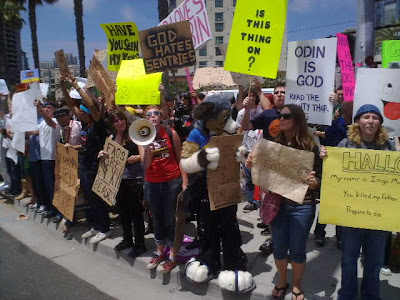 Westboro Baptist Church picketed this year's Comic-Con, sending hundreds of dorks into ecstasy over the opportunity to wear even sillier outfits for a counter-protest. Lots more signs and silliness here. My favorite sign is above-right.

reposted from Joe
Posted by oreydc at 10:47 AM No comments: Links to this post

Getting Rid of Hiccups

Posted by oreydc at 10:42 AM No comments: Links to this post

Via UN Wire: Venezuela cuts off ties with Colombia

Venezuela and Colombia have severed relations following accusations by Colombia's ambassador to the Organization of American States that Venezuela is providing safe harbor to some 1,500 rebels. Venezuelan President Hugo Chavez ordered all Colombian diplomats out of the country and put border military on high alert, while Venezuelan Foreign Minister Nicolas Maduro said that the government was considering suspending flights and commercial ties to Colombia as well. Colombian officials say they believe that Venezuela allows left-wing rebels to operate freely within its sovereign territory. BBC (7/23) , The Miami Herald (free registration) (7/22)

Posted by oreydc at 10:15 AM No comments: Links to this post

Posted by oreydc at 9:47 AM No comments: Links to this post

I can now say I hang at the Crocker... 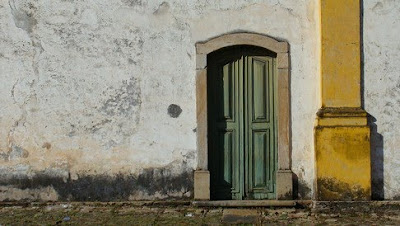 Hang at the Crocker Gallery

Posted by oreydc at 12:18 AM No comments: Links to this post

NOTE: The following quotations have been collected from a variety of sources ... from e-mail notes and signatures, bulletin boards, the ASCD SmartBrief and from other sources, as well, over some time.

"Miracles sometimes occur, but one has to work terribly hard for them."

"As with liberty, the price of leanness is eternal vigilance."

"The best way to predict the future is to invent it."

(Alan Kay) [From a paper by Jim Minstrell and Ruth Anderson]

"Success is going from failure to failure without loss of enthusiasm."

(Winston Churchill) [From a blog at http://dangoldner.wordpress.com/ suggested by Michael Goldenberg]

"You should not be afraid of a ghost knocking on your door at midnight if you did nothing wrong."

"The purpose of education, finally, is to create in a person the ability to look at the world for him/herself."

"There is a strength in the union even of very sorry men."

(Homer, Greek epic poet, from the "The Iliad")

"The respect of those you respect is worth more than the applause of the multitude."

"Ignorance is merely a condition of lacking knowledge. It is cured by education."

"Some people strengthen the society just be being the kind of people they are."

"True liberty acknowledges and defends the equal rights of all men, and all nations."

"Teaching is the easiest job in the world if you want to do it badly, and can be one of the most difficult to do well."

(Michael Dougherty) [Taken from a posting to a listserve by Mr. Dougherty]

"Health is so necessary to all the duties, as well as the pleasures of life, that the crime of squandering it is equal to the folly."

"The idea that parents can put their kid at their doorstep and we will pick them up, feed them, and "learn" them just isn't working."

(Charles Hoff) [From a note from Mr. Hoff]

"I'm not afraid of tomorrow, because I've seen yesterday, and today is beautiful"

(Unknown) [From the signature of Andrea Ridgard]

"A bad free press is preferable to a technically good subservient press."

"Ambition is a commendable attribute, without which no man succeeds. Only inconsiderate ambition imperils."

"Almost any idea is good if a man has ability and is willing to work hard. The best idea is worthless if the creator is a loafer and ineffective."

"A decline in our character results in a decline in quality of work and loss of customers."

"Jealousy is the jaundice of the soul."

"It takes a long time to grow an old friend"

(Gandhi) [From the signature of Angie Watson]

"Power is the ability not to have to please."

"The impossible is often the untried"

(Albert Einstein) [From the signature of Gail R. Englert]

"Surplus wealth is a sacred trust which its possessor is bound to administer in his lifetime for the good of the community."

"When you can't remember why you're hurt, that's when you're healed."

"The real purpose of books is to trap the mind into doing its own thinking."

"If we did all the things that we are most capable of doing, we would literally astound ourselves."

"It's easy to hold an opinion but hard work to actually know what one is talking about."

"I never drink water because of the disgusting things that fish do in it."

Posted by oreydc at 8:39 AM No comments: Links to this post