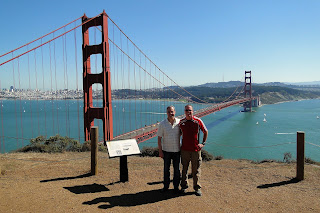 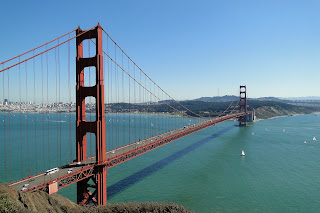 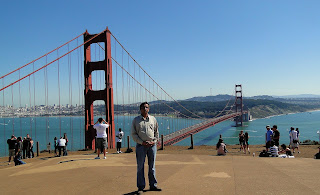 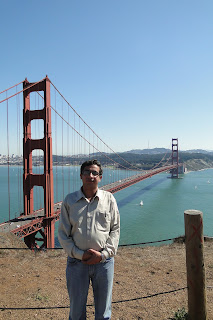 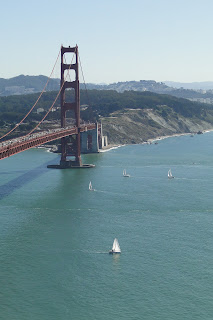 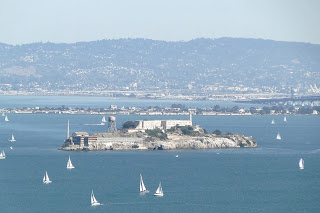 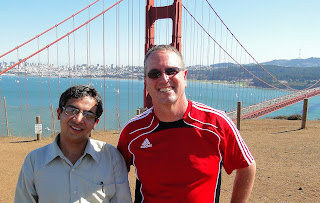 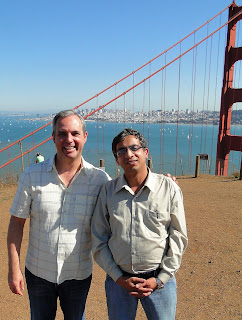 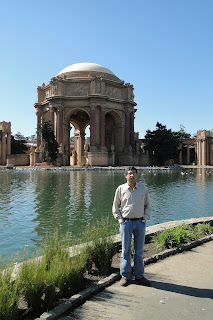 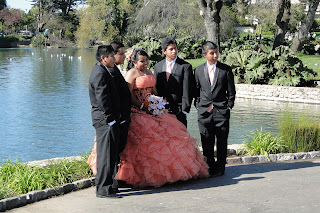 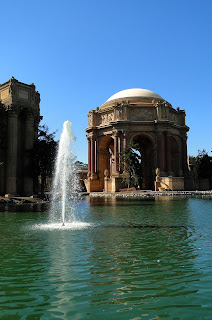 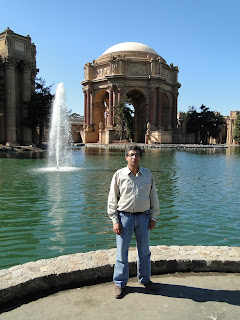 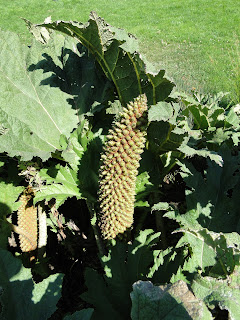 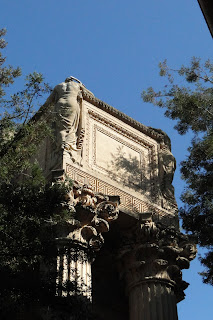 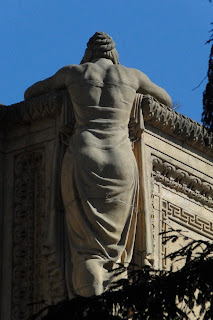 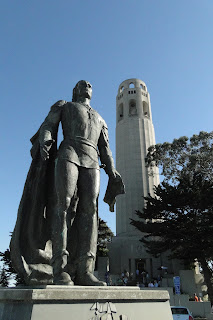 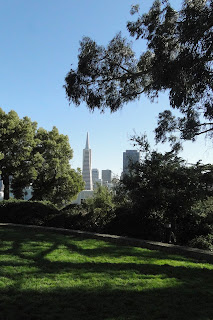 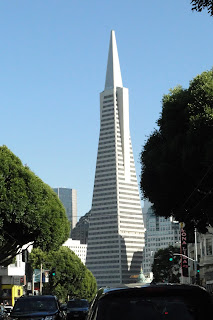 Democratic gubernatorial candidate Jerry Brown pitched himself as a defender of California's poorest people in a Friday meeting with The Bee's editorial board, while slamming rival Meg Whitman's proposals as benefiting the rich.
Posted by oreydc at 11:18 AM No comments:

via JMG: Christine O'Donnell on evolution

Via SacBee: Brown: Schwarzenegger's inexperience hurt; Whitman's would, too

Democratic gubernatorial candidate Jerry Brown said this afternoon that Gov. Arnold Schwarzenegger's political inexperience has been detrimental in Sacramento, and that the state could expect more of the same if Republican rival Meg Whitman wins the election.
Asked about the possibility of using the initiative process to achieve pension reform, Brown told The Sacramento Bee's editorial board that he would negotiate with labor unions first.
He mentioned the failure of Schwarzenegger's initiatives at the ballot box in 2005, saying "one has to be very careful what battles you fight and what ballot measures you present, because you have a limited amount of political capital."

Brown said, "The most important thing for the next governor is, don't fight the wrong fight. Make the key moves clearly, strategically and effectively. And I think the inexperience of our current governor led to the debacles that we've seen, and I wouldn't be a bit surprised if my opponent wins, you might see a repeat of that."

Whitman, the former eBay CEO, is a political neophyte but says years of business experience have prepared her to govern.

Brown, like Whitman, told The Bee that he would live in Sacramento if elected. He said he would keep his house in the Bay Area but have one in downtown Sacramento, too.

Brown and Whitman appear unlikely to release their tax returns ahead of the November election, with the two sides unable to agree about what years to release.

Asked why not, Brown said, "They'll have a field day with me, and you don't know what they're going to say."
Later, Brown was asked if was morally opposed to the death penalty.

"I haven't really tried to parse out all the considerations that go into my view," he said.

Brown said living in Oakland and seeing its high murder rate afforded him one perspective. He said he has not previously said that he is morally opposed to the death penalty.

"I said I would prefer a society that didn't have to use the death penalty," he said. "But my preference has been overruled."

Read more: http://blogs.sacbee.com/capitolalertlatest/2010/09/brown-schwarzeneggers-inexperi.html?mi_pluck_action=comment_submitted&qwxq=6852474#Comments_Container#ixzz10UqZzgkS
Posted by oreydc at 5:28 PM No comments:

via Truthout: Robert Reich | The Super Rich Get Richer, Everyone Else Gets Poorer and the Democrats Punt

Robert Reich, Robert Reich's Blog: "The super-rich got even wealthier this year, and yet most of them are paying even fewer taxes to support the education, job training, and job creation of the rest of us.... The rest of America got poorer, of course. The number in poverty rose to a post-war high. The median wage continues to deteriorate. And some 20 million Americans don't have work.... And yet the Bush tax cuts of 2001 and 2003, which conferred almost all their benefits on the rich, continue. Democrats have decided to delay voting on whether to extend them for the top 2 percent of Americans or for the bottom 98 percent until after the mid-term elections."

Read the Article
Posted by oreydc at 4:24 PM No comments:

Via Truthout: William Rivers Pitt | A Waste of Paper

William Rivers Pitt, Truthout: "Everybody can relax and stop worrying. After two years of race-baiting, fear-mongering and legislative roadblocking, the Republican Party has finally produced a blueprint that will undoubtedly fix everything. In the spirit of Newt Gingrich's 'Contract with America,' the GOP on Thursday unveiled a 21-page document titled 'Pledge to America' that, they hope, will be the banner to which the American people will rally come November. It's the biggest thing since the Magna Carta, if you listen to them tell it, and will surely be the solution to all that ails us. Or not. It is, in full, a startlingly vapid piece of work."

Read the Article
Posted by oreydc at 4:22 PM No comments:

Posted by oreydc at 4:06 PM No comments:

Posted by oreydc at 4:02 PM No comments:

Bill Maher: New Rule: Rich People Who Complain About Being Vilified Should Be Vilified

The rich love to complain about being vilified. But far from vilifying them, we bailed them out -- you mean we were supposed to give them all that money and suck up to them, too? That's Hollywood you're thinking of.

We at ABC's World News are heading out to search for innovative ideas that are helping turn the economy around. Real change is often born out of a simple act. And one ripple can lead to a powerful transformation.

Robert Reich: The Super Rich Get Richer, Everyone Else Gets Poorer, and the Democrats Punt

Democrats have given up a defining issue that could have enabled them to show the big story of the last three decades -- the accumulation of almost all the gain from economic growth at the top -- and to make a start at reversing it.
Posted by oreydc at 3:12 PM No comments:


Arianna Huffington: No sooner did word leak out that Mark Zuckerberg will appear on Oprah today to announce a donation of $100 million to the Newark public school system than the media long knives were unsheathed. According to the naysayers, the Facebook CEO was making the donation to counteract the negative depiction of him in The Social Network or "to ward off any negative stigma" arising from his new standing as America's 35th wealthiest person. New York magazine called it "the PR move of the month." So the $100 million donation to Newark's public schools is not in and of itself the story? The story is figuring out the motivation behind it? I really don't care why Mark Zuckerberg is donating $100 million to improve the lives of Newark's children. I care very much that it's being done. So let's skip the dime store Freud and celebrate Zuckerberg's game-changing gift.

Posted by oreydc at 2:59 PM No comments:


As they have done in other states, the National Organization for Marriage has filed a lawsuit against the New York Elections Board, saying they shouldn't have to comply with state campaign finance disclosure laws. Julie Bolcer reports at the Advocate:


The complaint against the state board of elections was filed on September 16, two days after the primary election, in the U.S. district court for the western district of New York, according to a copy provided by the pro-equality PAC Fight Back New York. It reflects a similar effort from the group last year in Maine, where a marriage equality law was repealed. In the complaint signed by NOM executive director Brian Brown, the group says that it intends to engage in speech including “radio ads, television ads, direct mail and publicly accessible Internet postings of its radio ads and direct mail” in the western district of New York, which includes Buffalo, in September and October 2010. “NOM does not wish to reveal the legislators’ names in this complaint, because it does not wish to divulge its strategy at this early date,” says the complaint.

NOM has yet to comply with the August court ruling that they must disclose the names of their donors in Maine, saying they plan to appeal.
Labels: bigotry, campaign finance, marriage equality, New York state, NOM, religion
reposted from Joe
Posted by oreydc at 10:49 AM No comments:

Quote of the day: Al Gore

That pretty much defines the Republican opposition to President Obama's agenda for change and their strategy for the 2010 campaign -- a whole lot of hollering to obscure their real goal, which is to restore the very same policies followed for eight years by the Bush-Cheney White House -- and actually promising more of the same.

Posted by oreydc at 9:29 AM No comments: 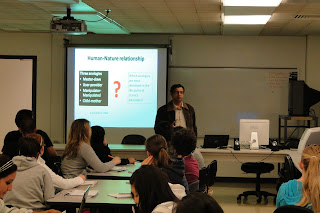 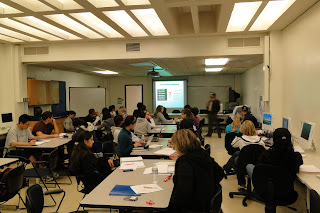 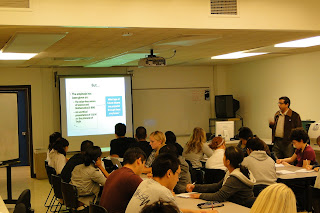 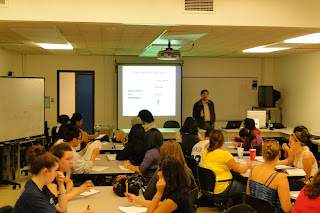 The sooner politicians embrace the reality of a center-left America, the sooner they'll actually stand up for progressive legislation, rather than running like half-baked Republican knockoffs. Voters want strong leadership more than they want conservative policies.
Posted by oreydc at 9:45 PM No comments:

Arianna Huffington: Dear Angry American, Joining the Tea Party Is NOT Your Only Option


Arianna Huffington: The Tea Party is angry! Really, really angry. So we are told again and again by the media. What's missing from this narrative is the fact that everybody is angry -- even people who love the president, and wouldn't dream of voting for anyone other than a Democrat. And it's not hard to understand why. How can you look at what's happening in America and not be angry? But if we keep associating anger exclusively with the Tea Party, our public debate becomes a false choice between the status quo and an agenda that would, quite simply, destroy America. There is more than one way to channel anger. Yes, you can demonize and divide and scapegoat. But anger can also be harnessed and redirected -- the energy behind it used to connect, to reach out, to take action, to make life better both for your family and for others who need help. And there are tens of thousands across America doing just that.

Posted by oreydc at 9:44 PM No comments:

Posted by oreydc at 9:42 PM No comments: