The ongoing rapid retreat of Arctic sea ice is often interpreted as the canary in the mine for anthropogenic climate change. In a new study, scientists have now systematically examined the validity of this claim. They find that neither natural fluctuations nor self-acceleration can explain the observed Arctic sea-ice retreat. Instead, the recent evolution of Arctic sea ice shows a strong, physically plausible correlation with the increasing greenhouse gas concentration. For Antarctic sea ice, no such link is found – for a good reason.

When scientists try to attribute some observed climatic change to a specific forcing, they usually use complex climate models. The scientists at Germany’s Max Planck Institute for Meteorology (MPI-M), however, decided on a different strategy as they set out to identify the main driver for the observed sea-ice loss in the Arctic. Dirk Notz, lead author of the study that was now published in the journal Geophysical Research Letters [1], explains why: “Sea ice is so thin that it reacts very sensitive to the large natural fluctuations of weather and climate that prevail in the Arctic. Because these fluctuations are inherently chaotic, their specific timing cannot be reproduced by standard climate models. Such models therefore aren’t necessarily the best tool to examine if natural fluctuations did cause the observed sea-ice loss.”

The scientists instead used a historical record that described the natural variations of sea-ice extent between the early 1950s and late 1970s. These natural fluctuations were then compared to the magnitude of fluctuations of the Arctic sea-ice cover as measured from satellites since the late 1970s. From such comparison, the scientists found only a minute chance that the recently observed extreme sea-ice minima simply happened by chance – and they could exclude self acceleration as the main driver for the observed sea-ice retreat. “Whenever we had a strong sea-ice loss from one year to the next, the ice cover always recovered somewhat in the following year,” explains Dirk Notz. This would not be the case if the sea-ice retreat were indeed self-accelerating.

Jochem Marotzke, Director at MPI-M and co-author of the study, describes what the scientists did next: “Having excluded natural fluctuations and self acceleration as the main driver for the sea-ice retreat, it was clear to us that some external driver was responsible for the observed sea-ice decline. We therefore set out to find an external driver that showed a physically plausible relationship with the observed sea-ice retreat.” The scientists examined, for example, the strength of solar radiation. “Here, a physically plausible link to the observed sea-ice retreat can only be established if solar radiation had increased in recent years.” However, solar radiation has slightly decreased in the past decades. Its fluctuations are therefore very unlikely to be the main driver of the observed sea ice loss. The scientists could not find a plausible link to changes in prevailing wind patterns, volcanic eruptions, oceanic heat transport, or cosmic rays, either.

In the Antarctic, the situation is different. Here, the sea-ice cover is slightly increasing. This increase is clearly incompatible with greenhouse gas concentration being the main driver for the sea-ice evolution down South. The major reason for this discrepancy lies in the different land-mass distributions, the scientists find. In the Arctic Ocean, the ice is virtually locked by the surrounding land masses, and its extent is primarily governed by its melting and freezing. Therefore, greenhouse gases play such an important role up in the high North. In the Antarctic, by contrast, the sea ice is free to drift around in the open Southern Ocean. Hence, the ice extent there is primarily governed by the prevailing wind patterns. “Our results show that greenhouse gas concentration is currently not a major driver for sea-ice extent in the Southern Ocean, where winds and currents clearly are more important,” explains Marotzke. “In the land-locked Arctic Ocean, however, greenhouse gas concentration appears to play the dominating role for the observed sea-ice evolution”.

[1] The original manuscript is freely accessible at:

http://dx.doi.org/10.1029/2012GL051094
Notz, D. and J. Marotzke (2012), Observational record reveals external driver for Arctic sea-ice retreat, Geophys. Res. Lett., VOL. 39, L08502, 6 PP., 2012, doi:10.1029/2012GL051094.
Max Planck Institute for Meteorology news release. Paper available here. Abstract concludes:
We find that the available observations are sufficient to virtually exclude internal variability and self-acceleration as an explanation for the observed long-term trend, clustering, and magnitude of recent sea-ice minima. Instead, the recent retreat is well described by the superposition of an externally forced linear trend and internal variability. For the externally forced trend, we find a physically plausible strong correlation only with increasing atmospheric CO2 concentration. Our results hence show that the observed evolution of Arctic sea-ice extent is consistent with the claim that virtually certainly the impact of an anthropogenic climate change is observable in Arctic sea ice already today.
Posted by oreydc at 10:08 AM No comments: Links to this post

Posted by oreydc at 7:39 PM No comments: Links to this post

Stephanie Cutter: Get the facts on Mitt Romney, Big Oil, and the Koch Brothers

Posted by oreydc at 6:46 AM No comments: Links to this post

Message To Humanity: The Time is Now (Remastered)

Posted by oreydc at 2:25 PM No comments: Links to this post

Via JMG: The New Look Of Lower Manhattan 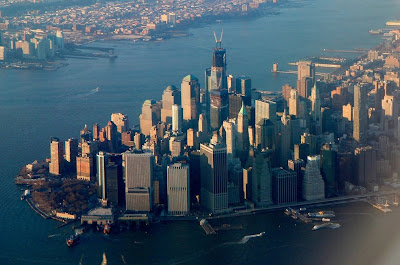 More shots of the new WTC.


Reposted from Joe
Posted by oreydc at 1:37 PM No comments: Links to this post

Via JMG: Latest Poll Average: Obama Up By Three 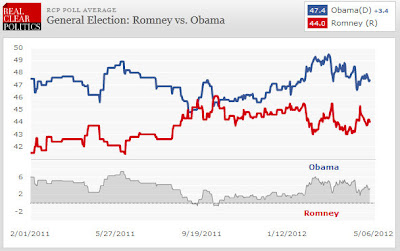 
Reposted from Joe
Posted by oreydc at 1:25 PM No comments: Links to this post 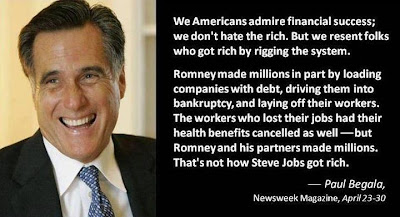 Posted by oreydc at 9:29 AM No comments: Links to this post


Posted by oreydc at 1:20 PM No comments: Links to this post 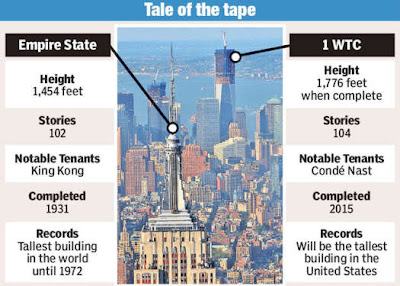 As of today, the tallest building in New York City is One World Trade Center.

The milestone is a preliminary one. Workers are still adding floors to the so-called "Freedom Tower" and it isn't expected to reach its full height for at least another year, at which point it is likely to be declared the tallest building in the U.S., and third tallest in the world. Those bragging rights, though, will carry an asterisk. Crowning the world's tallest buildings is a little like picking the heavyweight champion in boxing. There is often disagreement about who deserves the belt. In this case, the issue involves the 408-foot-tall needle that will sit on the tower's roof. Count it, and the World Trade Center is back on top. Otherwise, it will have to settle for No. 2, after the Willis Tower in Chicago.

Many have commented that when viewed from outside Manhattan, 1WTC looks nowhere near as tall as the Empire State.


Reposted from Joe
Posted by oreydc at 5:36 AM No comments: Links to this post

Wall Photos
Recent headline of the San Francisco Chronicle. Female humpback whale who had become entangled in a spiderweb of crab traps and line weighted down by hundreds of pounds of traps that caused her to struggle to stay afloat. She also had hundreds of yards of line rope wrapped around her body, tail, torso and a line tugging in her mouth.

A fisherman spotted her just east of the Farallon Islands and radioed an environmental group for help. Within a few hours, the rescue team arrived and determined that she was so bad off, the only way to save her was to dive in and untangle her. They worked for hours and eventually freed her.

When she was free, the divers say she swam in what seemed like joyous circles. She then came back to each and every diver, one at a time, and nudged them, pushed them gently around as she was thanking them.

Some said it was the most incredibly beautiful experience of their lives. The guy who cut the rope out of her mouth said her eyes were following him the whole time, and he will never be the same.

May you, and all those you love, be so blessed and fortunate to be surrounded by people who will help you get untangled from the things that are binding you. And, may you always know the joy of giving and receiving gratitude.
By: Guardians of the Sea
Posted by oreydc at 3:20 PM No comments: Links to this post