The Washington Post created the above map in response to a survey examined by Swedish economists. According to the survey responses, the least racially tolerant places are India, Jordan, Hong Kong, and Bangladesh.

Among the dozens of questions that World Values asks, the Swedish economists found one that, they believe, could be a pretty good indicator of tolerance for other races. The survey asked respondents in more than 80 different countries to identify kinds of people they would not want as neighbors. Some respondents, picking from a list, chose “people of a different race.” The more frequently that people in a given country say they don’t want neighbors from other races, the economists reasoned, the less racially tolerant you could call that society. (The study concluded that economic freedom had no correlation with racial tolerance, but it does appear to correlate with tolerance toward homosexuals.)

The Post notes that some people surely lied to pollsters and that the "unanswerable question" is whether people in some countries are more likely to be honest about their racism.  A follow-up article from the Post examines the countries which are most ethnically diverse.


Reposted from Joe
Posted by oreydc at 7:33 AM No comments: Links to this post 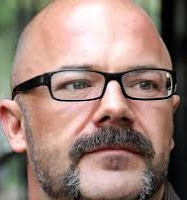 "Has this president broken the law, lied under oath, or authorized war crimes? Has he traded arms for hostages with Iran? Has he knowingly sent his cabinet out to tell lies about his sex life? Has he sat by idly as an American city was destroyed by a hurricane? Has he started a war with no planning for an occupation? Has he started a war based on a lie, and destroyed the US’ credibility and moral standing while he was at it, leaving nothing but a smoldering and now rekindled civil sectarian war? So far as I can tell, this president has done nothing illegal, unethical or even wrong." - Andrew Sullivan, responding to Peggy Noonan's claim that "We are in the midst of the worst Washington scandal since Watergate."


Reposted from Joe
Posted by oreydc at 7:14 AM No comments: Links to this post