Posted by oreydc at 4:35 PM No comments: Links to this post

Alastair Parvin: Architecture for the people by the people


Posted by oreydc at 3:55 PM No comments: Links to this post

Via I love it when I wake up in the morning and Barack Obama is President./ FB: 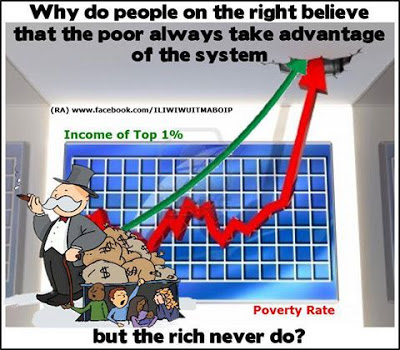 Posted by oreydc at 2:22 PM No comments: Links to this post

Via Climate Progress: ‘We Would All Like Climate Sensitivity To Be Lower But It Isn’t’ Says Lead Scientist Of New Study

‘We Would All Like Climate Sensitivity To Be Lower But It Isn’t’ Says Lead Scientist Of New Study
Posted: 20 May 2013 09:35 AM PDT

It would be good news if the climate’s sensitivity to carbon pollution were on the low side. No, that wouldn’t save us from catastrophic global warming — 7°F warming or higher — if we stay anywhere near our current emissions path (as I explain here).
But a low sensitivity would mean that aggressive action to reduce CO2 emissions starting now would have a modestly higher chance of keeping total warming below 4°F and averting the worst impacts. That’s the point of New Scientist‘s article, “A second chance to save the climate” on a new sensitivity study in Nature Geoscience:


“If we are lucky and the climate sensitivity is at the low end, and we have a strong agreement in 2015, then I think we stand a chance to limit climate change to 2 °C,” says Corinne Le Quéré of the Tyndall Centre for Climate Change Research in Norwich, UK. “But there’s a lot of ifs.”

If this new study is accurate, then near-term surface warming might be less than expected. But as the lead author Oxford’s Dr. Alexander Otto told the BBC, “We would all like climate sensitivity to be lower but it isn’t.”


The researchers say the difference between the lower short-term estimate and the more consistent long-term picture can be explained by the fact that the heat from the last decade has been absorbed into and is being stored by the world’s oceans.

Recent studies make clear the ocean is warming quite fast, as (see “Global Warming Has Accelerated In Past 15 Years, New Study Of Oceans Confirms” and here). If, as many climatologists believe, some of that ocean heat is released to the surface in the next decade or two, that would reverse the recent slowdown in the rate of surface warming.
Also, many other recent studies find that the climate is more sensitive than we expected:
Indeed, the new study does little to eliminate the confusion about sensitivity. The media continue to conflate and confuse climate sensitivity with how much warming will we subject our children and countless future generations to (see here and below).
Another related source of confusion is conflating “climate sensitivity” — which generally refers to the change in the global surface temperatures (absent major feedbacks) — with how sensitive the climate itself is to changes in temperature.
For instance, our climate models wildly underestimate what’s happening in the Arctic right now:

Arctic sea ice is melting much, much faster than even the best climate models had projected (actual observations in red). The reason is most likely unmodeled amplifying feedbacks. The image (from Climate Crocks via Arctic Sea Ice Blog) comes from a 2007 GRL research paper by Stroeve et al.

And considerable recent research suggests that our climate in turn is much more sensitive to Arctic ice loss than we ever thought:
Finally, since the media keep misreporting the issue, here once again are the four factors that determine how much warming we are going to inflict on future generations:
The Intergovernmental Panel on Climate Change concluded in 2007 that equilibrium climate sensitivity was in the range of 2.0-4.5C. The new study has a similar range, 0.9-5.0C.
Actual warming this century on our current emissions path is all but certain to be catastrophic, even if ECS is closer to 2°C than 3°C or more.
Related Posts:

Posted by oreydc at 11:03 AM No comments: Links to this post


Posted by oreydc at 4:19 PM No comments: Links to this post