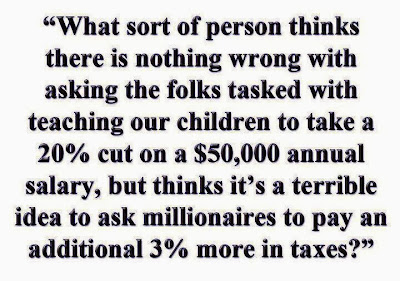 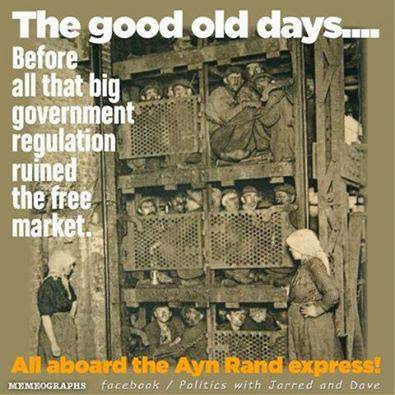 Via JMG: Next Week's New Yorker 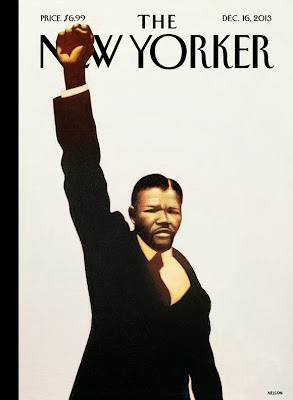 The image is by Kadir Nelson.


Reposted from Joe Jervis
Posted by oreydc at 4:52 PM No comments: 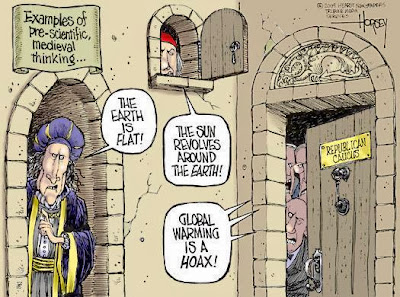 Posted by oreydc at 8:52 AM No comments:

Former President Jimmy Carter once stated "too many of us now tend to worship self-indulgence and consumption. Human identity is no longer defined by what one does, but by what one owns."
He hit the nail on the head over 30 years ago and ended up being right even though he lost his re-election bid.
Take a look inside to find out when the seed of economic destruction was planted and why more people should have listened to Carter when he made his statement. -RS

Wait, Jimmy Carter was right about American greed and consumption
examiner.com
Despite the social issues that make for interesting conversation around the water cooler or the foreign policy debates the pundits have on cable news, the economy
Posted by oreydc at 4:06 AM No comments: 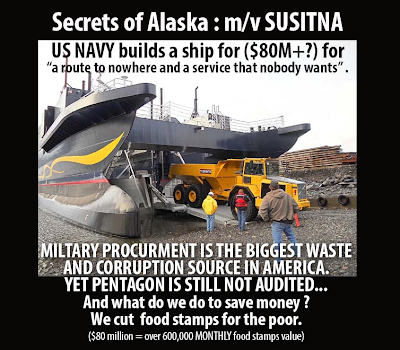 (W) Reading about the documented cases of the waste of money by military makes me a very angry taxpayer! I am afraid to think how much we don't know...

The World’s Most Ridiculous Ship Is Up For Sale http://bit.ly/the-worlds-most-ridiculous-ship — in Alaska.
Posted by oreydc at 4:01 AM No comments: 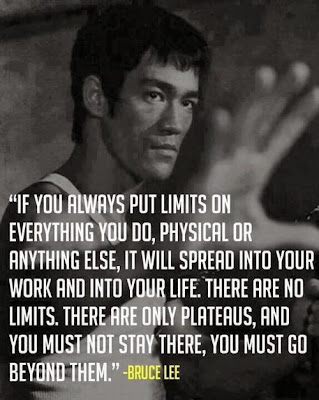 Posted by oreydc at 3:12 AM No comments:

From the editorial board of the San Diego Union-Times, which is owned by Tea Party nut and major Prop 8 backer Doug Manchester:

It may not be necessary to destroy California in order to fix it. But it may be necessary to cut it in two, carving out a 51st state of New California where taxes are low, regulations are few and where politicians are not the lap dogs of the public-employee labor unions. [snip] Regardless of which counties might ultimately be included, The U-T San Diego ownership thinks secessionist proponents are onto something. In the end, New California ought to include any counties seeking a new beginning without the tax and regulatory burdens and the Nanny State mentality of the existing California — and that could end up being just about the entire state other than the coastal strip from Los Angeles through Mendocino or Humboldt counties, along with Sacramento.

For the right-wing "New California," the board calls for ending tenure for public school teachers, abolishing the state income tax, banning mandatory union membership, and banning all government pensions. (The above map is just one of several proposed divisions.)


Reposted from Joe Jervis
Posted by oreydc at 1:51 PM No comments: 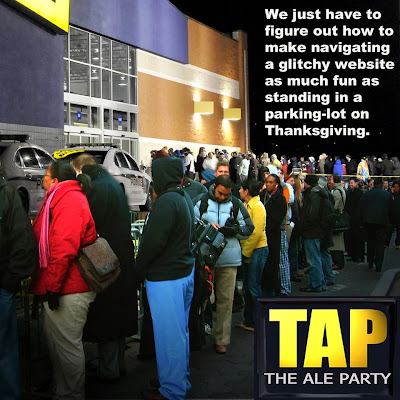 Posted by oreydc at 4:34 PM No comments: 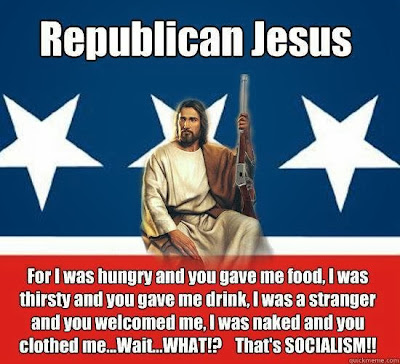 Posted by oreydc at 4:01 PM No comments:

The Science of Overpopulation 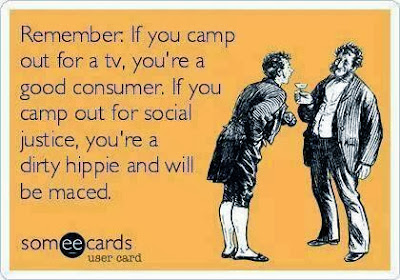 Posted by oreydc at 8:46 AM No comments: 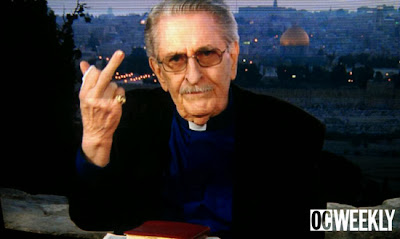 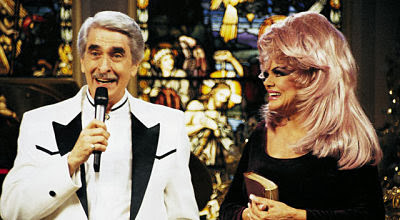 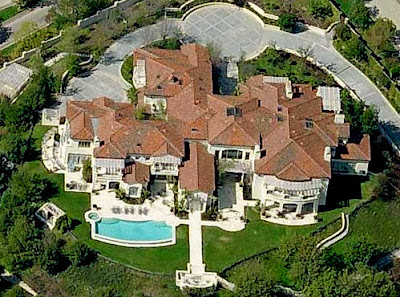 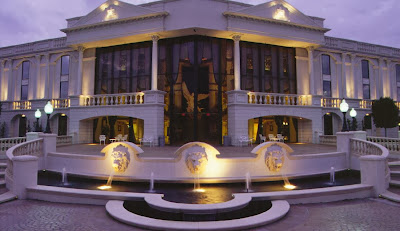 Paul Crouch Sr, the founder of the Trinity Broadcasting Network and perhaps the most successful evangelical con man of all time, has died of heart disease at the age  of 79. Crouch's "non-profit" Trinity Christian Center, which pays no taxes, recently reported net assets of over $827M.


TBN's official Facebook page released the announcement about Crouch's death: "Dr Paul F Crouch passed into the presence of the Lord on November 30, 2013. We are grateful for the life of this amazing servant of God. Please pray for the Crouch family during this time. #paulcrouch #tbn" [snip] In recent years, the Crouch and TBN have been embroiled in family lawsuits, with their granddaughter Brittany Koper, former director of finance and human resources, filing a lawsuit saying that the family was distributing more than $50 million for luxury goods, such as jets, estates, and vehicles, to company directors. When Koper refused to keep quiet about the illegal money use, she was fired and allegedly threatened with physical and lethal violence. Her uncle, Joseph McVeigh, who never worked for TBN, filed another lawsuit against TBN at the Orange County Superior Court in early 2012, saying that TBN was maliciously targeting him as part of a "campaign of retaliation" against Koper. With TBN officially announcing Crouch Sr.'s death on its Facebook page, within less than 20 minutes of the posting there were more than 450 comments, pledging to pray for the Crouch family and offering condolences.

In 2004 Crouch paid a $425,000 settlement to a male former employee who claimed that he was forced to have sex with Crouch in order to keep his job.


In October 1996, Ford said he and Crouch spent two nights at the same hotel in separate rooms. During that time, Ford said they worked out together at the hotel gym and ate expensive meals with bottles of wine and after-dinner drinks. "I knew what he was doing," Ford said. "He was seducing me." After checking out of the hotel, Ford said, Crouch took him to a TBN-owned cabin near Lake Arrowhead. It was there, Ford said, that Crouch first had sex with him. "I did it because I didn't know if this man is going to throw me straight out of that cabin," Ford said. "And I didn't want to lose my job. I was going to be in trouble if I said no." The next morning, Ford said, Crouch read a Bible passage to him in an attempt to reassure him about the night before. The passage, Proverbs 6:16-19, details seven "detestable" attitudes and acts in God's eyes. Ford said Crouch told him that because homosexuality wasn't listed, the Lord wasn't worried about what they had done. Still, Ford said, Crouch warned him to keep the encounter quiet "because people wouldn't understand."

RELATED: TBN broadcasts on scores of owned and affiliated stations around the United States and is transmitted worldwide on a network of 70 satellites.  Most of the nation's major evangelical grifters have shows on TBN, including Pat Robertson, TD Jakes, Benny Hinn, John Hagee, Joyce Meyer, Joel Osteen, Rod Parsley, and Creflo Dollar.  TBN also owns The Holy Land Experience, a Christian theme park in Orlando.


Reposted from Joe Jervis
Posted by oreydc at 4:29 AM No comments: