My name is Jason.  I turned 35 less than a week ago.  My first job was maintenance work at a public pool when I was 17.  I worked 40-hours a week while I was in college.  I’ve never gone longer than six months without employment in my life and I just spent the last three years in the military, one of which consisted of a combat tour of Afghanistan.

Oh, and I’m now on food stamps.  Since June, as a matter of fact.

Why am I on food stamps?

I mean, if that’s okay with you:

I do apologize for burdening you on the checkout line with real-life images of American-style poverty.  I know you probably believe the only true starving people in the world have flies buzzing around their eyes while they wallow away, near-lifeless in gutters.

Hate to burst the bubble, but those people don’t live in this country.

I do.  And millions like me.  Millions of people in poverty who fall into three categories.

Let’s call them the “lucky” category, since conservatives seem to think people on welfare have hit some sort of jackpot:

Those living paycheck to paycheck?  They’re a little lucky.

The 2nd of the month being the time when funds gets electronically deposited onto the EBT card, [at least in NY] for those who’ve never been fortunate enough to hit that $175/month Powerball.

I fall into the latter two categories.  But I’ve known people recently - soldiers in the Army – who were in the first and third.  They were off fighting in Afghanistan while their wives were at home, buying food at the on-post commissary with food stamps.

And nobody bats an eye there, because it’s not uncommon in the military.

It’s not uncommon – nor is it shameful.  It might be shameful how little service-members are paid, but that’s a separate issue.

The fact remains anyone at a certain income level can find it difficult from time to time to pay for everything.  And when you’re poor you learn to make sacrifices.  Food shouldn’t be one of them.

The whole concept is un-American.  People living here, in the greatest country on Earth, with the most abundant resources,  should be forced to go hungry because of the intellectual notion of fiscal conservatism and the ideological notion of self-reliance.

Are you fucking kidding me?

Anyone who genuinely supports cutting food stamps is not an intellectual or an ideologue – they’re a bully.

And nobody likes a bully.  Except other bullies.

It’s time for regular Americans to stand up to these bullies.  Not cower in the corner, ashamed of needing help. Because if there’s one thing life has taught me, it’s that you never know when you���ll be the one in need.

Originally posted on Jay's blog, The Sterling Road. You can also find him on Facebook and Twitter.
Posted by oreydc at 6:45 AM No comments: Links to this post

Via the Coffee Party Movement / FB:

Posted by oreydc at 6:19 AM No comments: Links to this post

Via Mother Jones: Science Deniers Are Freaking Out About "Cosmos"

The second episode of "Cosmos" examines evolution, and the interrelatedness of all life on Earth. Fox.


If you think the first episode of the new Fox Cosmos series was controversial (with its relatively minor mentions of climate change, evolution, and the Big Bang), Sunday night's show threw down the gauntlet. Pretty much the entire episode was devoted to the topic of evolution, and the vast profusion of evidence (especially genetic evidence) showing that it is indeed the explanation behind all life on Earth. At one point, host Neil deGrasse Tyson stated it as plainly as you possibly can: "The theory of evolution, like the theory of gravity, is a scientific fact." (You can watch the full episode here.)


Make the jum here to read the full article on MJM
Posted by oreydc at 4:56 AM No comments: Links to this post 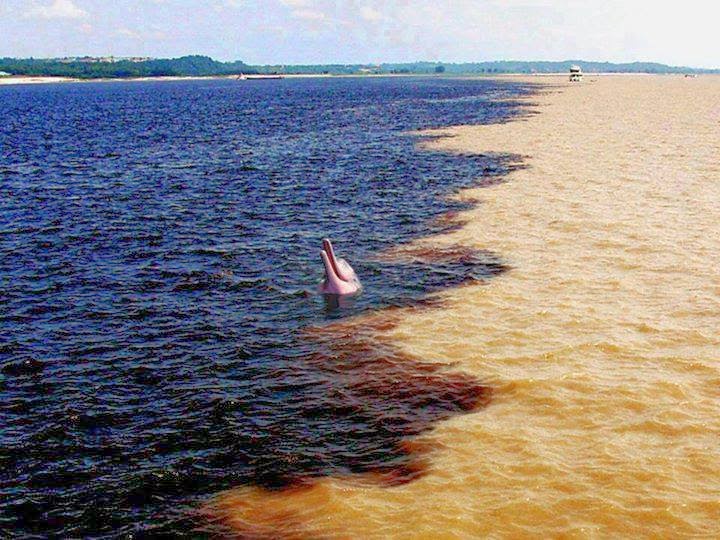 "Meeting of the waters", the Amazon River meets the Rio Negro in Brazil. Not only do the two rivers bounce off each other when initially introduced, they keep up their mutual cold-shoulder routine for six whole miles. There is, of course, a perfectly good scientific reason for this. The Negro is colder, heavier and slower-moving than its neighbour – and it takes this surprising distance for the swirling currents to merge the flows fully.

The Meeting Of The Waters is the beginning of what is arguably the longest and certainly the greatest river in the world. - the Amazon.
Posted by oreydc at 4:47 AM No comments: Links to this post 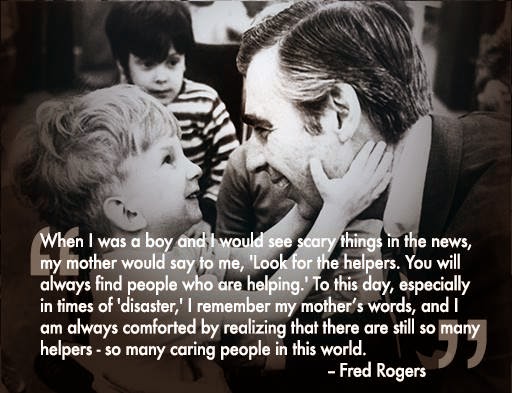 Posted by oreydc at 4:09 AM No comments: Links to this post

Via Media Matters for America / FB: 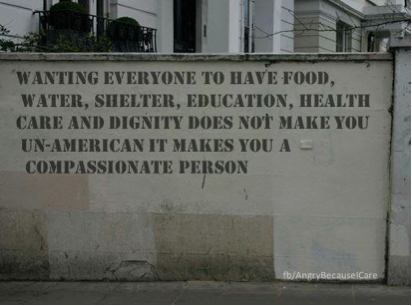 Posted by oreydc at 11:47 AM No comments: Links to this post 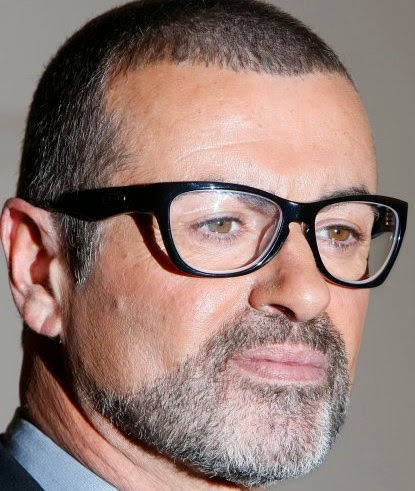 "For some strange reason, my gay life didn't get easier when I came out. Quite the opposite happened, really. The press seemed to take some delight that I previously had a 'straight audience,' and set about trying to destroy that. And I think some men were frustrated that their girlfriends wouldn't let go of the idea that George Michael just hadn't found the 'right girl' [yet]. Which is still what a lot of my extended family still think!" - George Michael, speaking to the BBC. Michael came out in 1998 after being busted for public sex in a Los Angeles park.

He adds that he won't ever judge someone for not coming out: "Because it's about family. In the years when HIV was a killer, any parent of an openly gay person was terrified. I knew my mother well enough that she would spend everyday praying that I didn't come across that virus. She'd have worried like that."

Michael's live album recorded in 2011, Symphonica, was released this week to generally positive reviews. He tells the BBC that for his next release, he would "like to do something for the gay community. Possibly a dance album." (Tipped by JMG reader Mike)


Reposted from Joe Jervis
Posted by oreydc at 1:06 PM No comments: Links to this post


Reposted from Joe Jervis
Posted by oreydc at 1:04 PM No comments: Links to this post

Via JMG: NEW YORK CITY: The Rich Get Much Richer, The Poor Get Much Much Poorer 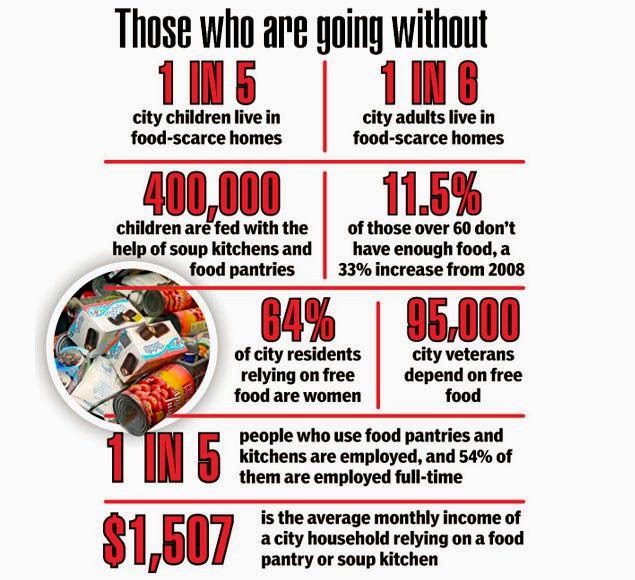 From the New York Daily News: 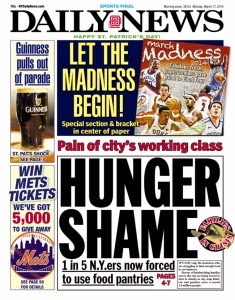 The number of city residents receiving aid under the federal Supplemental Nutrition Assistance Program, commonly known as food stamps, soared from 1.3 million in 2008 to 1.8 million today. Yet, with so many people in need, the biggest benefit reduction in the 50-year history of food stamps took effect Nov. 1. That’s when a temporary increase in benefits — pushed through by President Obama in 2009 as part of his economic stimulus program — lapsed. New York households receiving food stamps saw their benefits decrease by an average of $30 to $50 a month, depending on a complex formula that takes into account family size and income. For a typical family of three, that meant a drop to $189 a month, down from about $220. Food pantry and soup kitchen operators said the impact was swift and dramatic: Although the economy had rebounded since the financial crisis, those at the bottom of the ladder had not fully shared in the recovery. Nearly every emergency food program in the city has struggled in the wake of the November cut in food stamps. “Eighty-five percent reported a drastic increase (in clients) in November 2013 compared to November 2012 — and remember we’d already set records that month because of Hurricane Sandy,” said Margarette Purvis, president of the Food Bank for New York City. Nearly 50% of pantries and soup kitchens ran out of food in November, and an additional 25% had to move to smaller rations, said Purvis.

One in five New Yorkers are now on food stamps.


Reposted from Joe Jervis
Posted by oreydc at 2:23 PM No comments: Links to this post 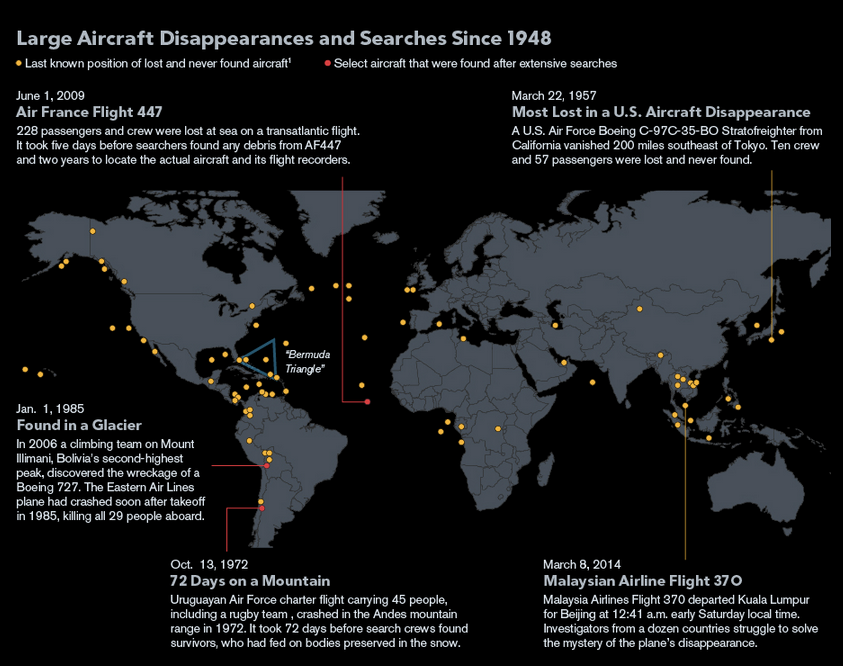 Posted by oreydc at 7:02 PM No comments: Links to this post