Michelle Obama Stands Up for Native Americans, Says Natives Were Stripped of Their Culture 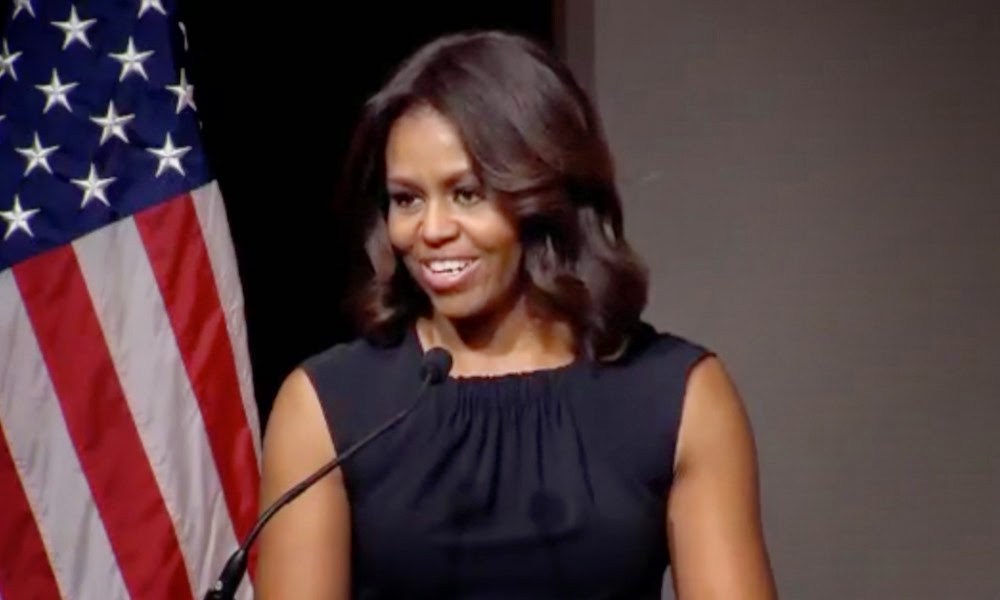 Though it hasn’t gotten much attention in the media, Michelle Obama made some truly groundbreaking remarks at the Generation Indigenous convening Wednesday on the topics of Native American youth and Native American history.

The White House has posted a transcript of her full remarks online and it is available here.

But I would like to call special attention to the following excerpts in which the First Lady discusses the source of challenges facing Native American communities and the role of the United States government in stripping Natives of their culture:

“You see, we need to be very clear about where the challenges in this community first started. Folks in Indian Country didn’t just wake up one day with addiction problems. Poverty and violence didn’t just randomly happen to this community. These issues are the result of a long history of systematic discrimination and abuse.”

The First Lady recognizes and affirms that many of the challenges Native American communities face have roots in systemic discrimination.

“Let me offer just a few examples from our past, starting with how, back in 1830, we passed a law removing Native Americans from their homes and forcibly re-locating them to barren lands out west. The Trail of Tears was part of this process. Then we began separating children from their families and sending them to boarding schools designed to strip them of all traces of their culture, language and history. And then our government started issuing what were known as ‘Civilization Regulations’ – regulations that outlawed Indian religions, ceremonies and practices – so we literally made their culture illegal.”

Make the jump here to read the full article at Blue Nation
Posted by oreydc at 6:42 PM No comments: Links to this post 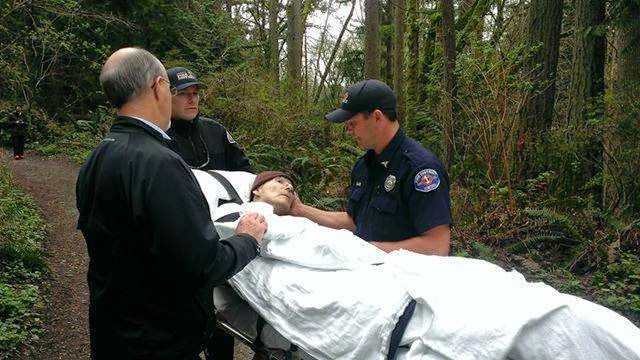 This powerful photo comes from Snohomish County. These Firefighters granted a wish to an elderly hospice patient. The former forest ranger wanted to see the outdoors one more time, so the firefighters wheeled him through the forest, where he could experience nature once again.

With all the bad things going on in the world this picture just makes you smile and gives you hope that one day people will be kind enough to grant you your last wish.


God Bless these Firefighters.
Posted by oreydc at 2:22 PM No comments: Links to this post 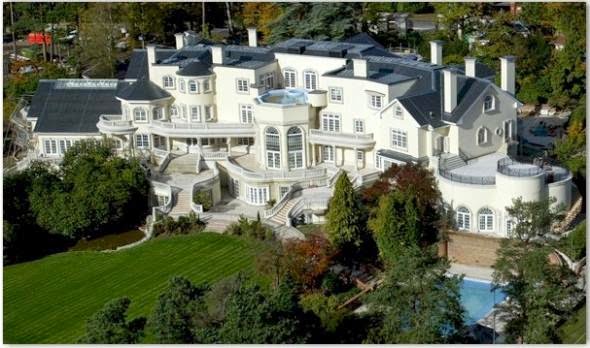 “The most anti-business president in history” says Mitch McConnell about Barack Obama. Corporate leaders agree. “He’s a socialist,” they say. But corporate profits under Obama have surged to the highest share of the U.S. economy in history, and CEO pay has never been higher. The Koch brothers, Sheldon Adelson, and other right-wing billionaires are pouring tens of millions of dollars into Senate and House races to elect Republicans. But their fortunes have grown faster under Obama and the Democratic Senate than at any time since the 1920s. Wall Street CEOs say new regulations are stifling them but bank profits and CEO pay have soared to record levels, especially now that the banks are too big to fail. The barons of the oil and gas industry complain about “excessive” regulation but oil and gas has never done as well (including their $7 billion a year in tax subsidies).

So why are they complaining? I think it’s a smokescreen designed to hide from the rest of America the reality that more income and wealth are going to the top than ever before, and corporate welfare is out of control. What’s your explanation?
Posted by oreydc at 2:09 PM No comments: Links to this post

How The Elite Stay In Power


Posted by oreydc at 12:20 PM No comments: Links to this post


Posted by oreydc at 7:41 AM No comments: Links to this post

Statistics guru Nate Silver says that while Hillary Clinton will doubtlessly be the Democratic nominee, at present he gives her a 50/50 shot at becoming president. In a piece published yesterday on his FiveThirtyEight site, Silver lays out his case:


Start with the fact that there’s no incumbent president running. There actually haven’t been a lot of cases that precisely meet the circumstances voters will face next year: Barack Obama, assuming he serves out the rest of his term, will become just the fifth president limited by the 22nd Amendment from seeking an additional term in office. This is slightly different from the case where an incumbent voluntarily declines to run again.  Still, the evidence we have from presidential elections and from other contexts like gubernatorial elections is that these cases default to being toss-ups.
Clinton’s chances will be affected by Obama’s popularity as he exits office. The relationship between the popularity of the previous president and the performance of the new nominee from his party isn’t perfect — Al Gore (narrowly) lost in 2000 despite Bill Clinton’s popularity, for example — but it certainly matters some, especially given that Clinton served in Obama’s cabinet.  However, Obama currently has an approval rating of about 45 percent, and a favorability rating of 48 percent — about average, in other words. If those numbers decline into the low 40s or climb into the 50s, they could matter more, producing either a “hangover effect” or “halo effect” for Clinton. But don’t bet on this: Obama’s approval ratings have been extraordinarily stubborn for most of his presidency, rarely deviating much from the mid-40s.

Hit the link for much more.


Reposted from Joe Jervis
Posted by oreydc at 4:52 PM No comments: Links to this post

What If? What If Every Parent Opted Out Their Child from the State Tests

What if every parent said, "My child is not taking the test"?

What if everyone said, "No, thank you, I'd rather not"?

And what then? Teachers would be judged by their peers and supervisors, not by test scores. Teachers would write their own tests, to see whether children learned what they were taught. Standardized tests would be used sparingly, preferably on a sampling basis. Students would have time to explore, time to play, time to read, time to experiment, time to learn without test prep and interim assessments, without fear and anxiety. Pearson would have to reduce its profits for the year.
Posted by oreydc at 9:59 AM No comments: Links to this post

Galeano's 1971 book Open Veins of Latin America was a fierce critique of U.S. and European imperialism. It made him an enemy of the right-wing governments that ruled much of Latin America at the time.

A Conversation with President Obama and The Wire Creator David Simon


Posted by oreydc at 7:43 AM No comments: Links to this post

Posted by oreydc at 7:02 AM No comments: Links to this post

Inspiração do dia via FB: 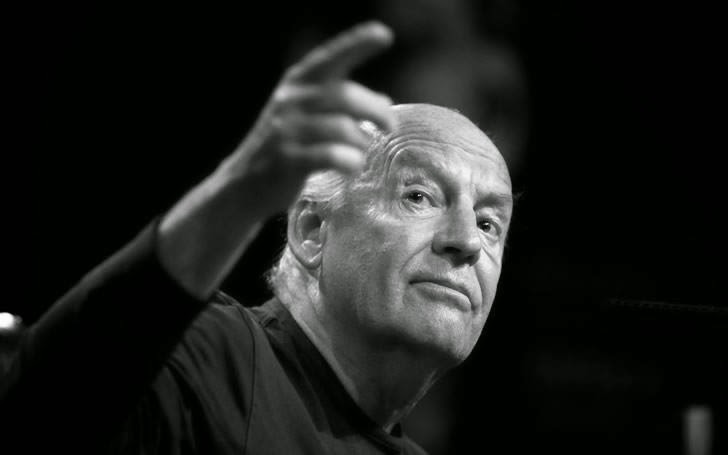 VIa Desinformémonos
Posted by oreydc at 4:14 PM No comments: Links to this post

Via Moving Forward: 1.4 What is the full cost of your commute? 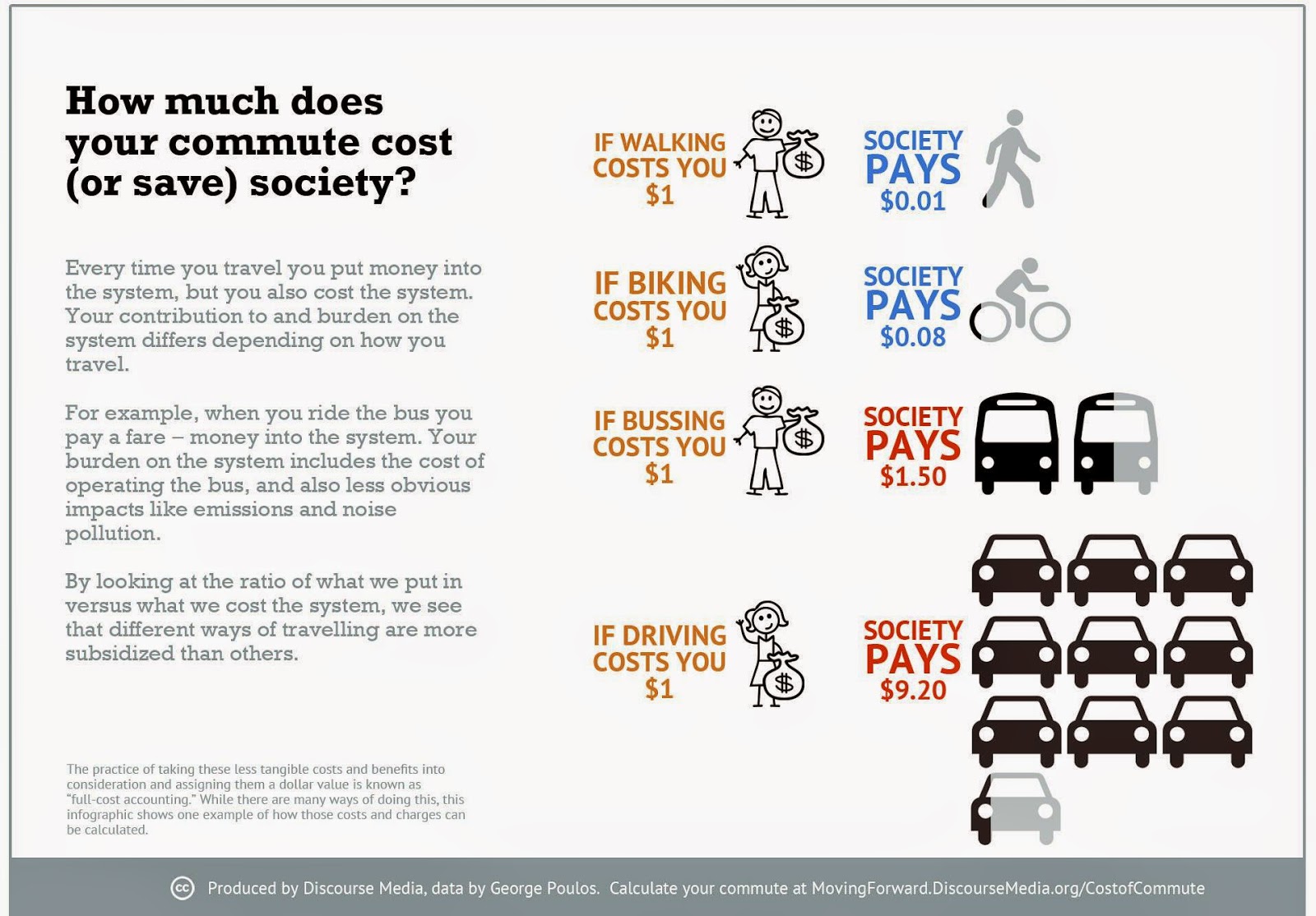 Posted by oreydc at 5:27 AM No comments: Links to this post