Posted by oreydc at 5:01 AM No comments: 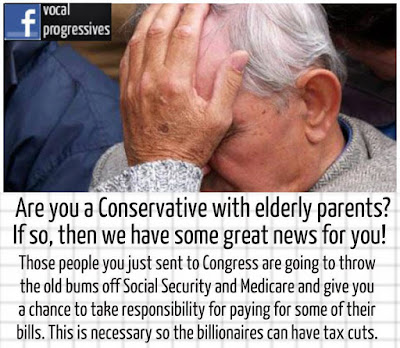 Don't Move To Canada Just Yet

RE: Leonardo DiCaprio's Climate Change Doc 'Before the Flood' 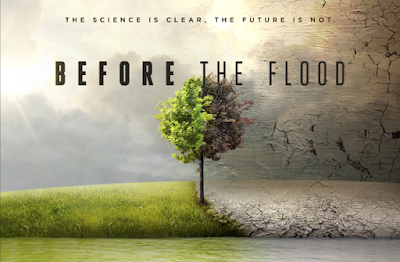 As you'll see, there's a lot of bad news in Before The Flood, from melting ice to rising temperatures to rising sea levels, but it's not a completely bleak picture - if we take immediate action, there is a way forward.

"If we keep pushing, keep prodding, and most importantly keep educating the public there's no reason why we can't solve this problem in time," Obama tells DiCaprio at the White House.

The full film is no longer available for free on YouTube, but you can see clips and find out more about where and when it's screening here.

From Wikipedia, the free encyclopedia

Posted by oreydc at 3:10 AM No comments:

From Diane Ravitch's blog viaJERRY-P-BECKER: My Last Thoughts About the Election

Several readers have written to say that they were very disappointed that I have spoken ill of the President-elect. They said they would not read the blog any more because I do not share their admiration for our next President. I hate to lose readers, but part of the point of this blog is that I write what I believe and I invite readers to do the same. I will not change my views to pander to readers.
I did not support Donald Trump for the Presidency. I thought he was unqualified to serve, had no relevant experience, and had repeatedly expressed bigotry towards many fellow Americans. I supported Hillary Clinton after she won the Democratic primaries. I would have supported Bernie Sanders with equal zeal had he won the primaries. I did not want Trump to be elected. Okay, he was elected, and I am a loyal American. I respect the office, and I watch with concern as he decides how to staff his administration and which of his campaign promises he will keep.
This is a blog devoted to "a better education for all." Its central purpose is to support public education as a public good. I oppose privatization of public schools. That much has been clear to anyone who has read the blog on any given day. Donald Trump has pledged to direct federal funding to privately managed charter schools, to vouchers for religious schools, and to homeschooling. He has no problem with for-profit schools. Those are reasons enough for me to oppose his candidacy and to worry about his presidency. I worry that he will damage public education irreparably in the next four years, with his party in control of the Congress and equally committed to privatization of public education.
Thus, if a reader says I will stop reading your blog because you didn't support Trump, I don't think they understand that Trump's promise to privatize public schools is directly in conflict with the essential purpose of this blog.
I opposed him because of the horrible things he said during the election campaign about women, immigrants, Muslims, Mexicans, and others. I opposed him because of his campaign's use of anti-Semitic images. I opposed him because of the many years he devoted to proving that President Obama was not an American, a charge he retracted during the campaign, with little remorse. Since his election, in a very few days, there have been many incidents of hatred towards people who are nonwhite, Muslim, Hispanic, or "Other." Just yesterday, CNN played a clip of middle-school students in the Midwest chanting "Build the wall, build the wall," to intimidate their Hispanic schoolmates.
David Remnick, editor of the New Yorker, says that Trump's election is nothing less than "an American tragedy."
He wrote on the day after the election:
The election of Donald Trump to the Presidency is nothing less than a tragedy for the American republic, a tragedy for the Constitution, and a triumph for the forces, at home and abroad, of nativism, authoritarianism, misogyny, and racism. Trump's shocking victory, his ascension to the Presidency, is a sickening event in the history of the United States and liberal democracy. On January 20, 2017, we will bid farewell to the first African-American President-a man of integrity, dignity, and generous spirit-and witness the inauguration of a con who did little to spurn endorsement by forces of xenophobia and white supremacy. It is impossible to react to this moment with anything less than revulsion and profound anxiety.
There are, inevitably, miseries to come: an increasingly reactionary Supreme Court; an emboldened right-wing Congress; a President whose disdain for women and minorities, civil liberties and scientific fact, to say nothing of simple decency, has been repeatedly demonstrated. Trump is vulgarity unbounded, a knowledge-free national leader who will not only set markets tumbling but will strike fear into the hearts of the vulnerable, the weak, and, above all, the many varieties of Other whom he has so deeply insulted. The African-American Other. The Hispanic Other. The female Other. The Jewish and Muslim Other. The most hopeful way to look at this grievous event-and it's a stretch-is that this election and the years to follow will be a test of the strength, or the fragility, of American institutions. It will be a test of our seriousness and resolve.

I am an Other. Probably many of you who read this are Others. I hate to hear the words he uses about women. I hate to hear what he says about women in the locker room or on the bus with the boys. I have grown up with sons and grandsons, and that is not the language they ever use. I hate what he said about Mexicans. I hate the idea that he proposed banning all people of one religion from entering our country. I am afraid that he will remove all regulations on guns, and we will all be armed and suspicious of one another. I am afraid that he will remove all regulations on drilling and fracking, and the air and water will be polluted, and oil rigs will be permitted in our national parks and everywhere else.
I will no longer engage in any arguments about which Democrat might have been a better candidate than Hillary. That's over. Now we must deal with the fact that the man who will be our President for the next four years has been elected on a platform and promises that resurrect nativism, racism, white nationalism, and division.
He will be our President, and, as I said, I respect the Office of the Presidency. But I cannot endorse any of the appeals to bigotry and bias. I cannot endorse his rejection of the science about climate change. I do not agree that our nation should abolish all controls on guns.
I will watch and wait to see if President-elect Trump moderates his views and policies. I will hope for the best. I want America to be a land of hope and dreams, of idealism and mutual respect, of e pluribus unum, not just unum. We are a quilt of many colors and it is a beautiful quilt. We all belong here. I will wait to see if President-elect Trump is willing to speak to and for all of us and not just for his rabid movement.
I want America to be America. I want it to be a land of liberty and justice for all. I want my grandchildren to learn what I tried to teach my children: kindness, compassion, a commitment to fairness, a love of justice, and a willingness to defend the underdog. I want them to aspire to be good people. I want them to treat others with respect for their individuality and humanity.
If you have read this far, and you hate what I have written, don't read the blog. Unsubscribe. Delete.