Taxes are what we pay for a Civilized Society

Taxes are what we pay for a civilized society: Justice Oliver Wendell Holmes.
CLICK HERE FOR MORE INFO

From Mark Karlin, Editor and Publisher of BuzzFlash.com:

Back in the mid-90s, I attended a luncheon event and was seated at the table of the one-time chairman of the DNC under Clinton, David Wilhelm. We were engaging in conversation about how issues are framed and play out in the political world.

At some point we were discussing taxes and I made a statement something like, "I really think it is kind of selfish and self-defeating for all these Americans who listen to the siren song of how taxes are a great government evil. The Republicans -- and many Democrats -- find the fastest way to win an election is to promise to cut taxes. But it's like saying, listen you can have a nice house that is air-conditioned and well-heated and you won't have to pay the full mortgage. Because in the end, if we don't pay sufficient taxes, our schools will deteriorate, our bridges will collapse, our garbage won't get picked up, we'll have fewer police, and the list goes on and on."

"I know that it sounds so naive, but I don't mind paying my fair share for living in a democracy with good public services. It's the cost of maintaining the public commons and public services, not to say making downpayments on democracy."

Wilhelm, who is an affable guy with a ready smile, looked at me earnestly during my declaration of support for taxes. When I was finished, he waited a moment and then said, "Mark, I have one word of advice for you."

"Whatever you do," he told me earnestly, "don't ever plan on running for public office."

A few years after that encounter, America entered the Reagan anti-tax era or irresponsible tax cutting on steroids, particularly to enrich the already wealthy, as the Democrats in Congress piled on the bandwagon of spreading the charlatan promise that you can have a great nation with great public services and not have to pay for them.

Of course, the Republican strategy has been to keep cutting taxes until there are only the most minimal of government services. It's every person for themselves, and the anti-evolutionists actually espouse the most pared down theory of the survival of the fittest, with no need for government services except for the military.

The flip side of chopping at the tax base is to increase the privatization of services, including law enforcement, fire fighters, military services, prisons, and schools. The Bush/Cheney administration has made considerable advancements in this area toward achieving Grover Norquist's goal of drowning public services in a bathtub.

That leads us to this perky progressive "framing" book on taxes that has ten excellent essays on why taxes are good for us as a democracy. These ten reasons will help you reframe the tax debate, although it will always be a challenge to overcome the politician's perennial appeal to basic greed. But you can start with buying and reading "10 Excellent Reasons Not to Hate to Taxes."

Wilhelm is right: no one will be running on such a platform soon, but some day...Well, let's start the journey with this nifty little book.

Pop: A Study of the Ethnomathematics of Globalization Using the Sacred Mayan Mat Pattern

Our Chapter has been published... woo hoo!
See: http://www.csus.edu/indiv/o/oreyd/papers/Mayan0428.doc
Posted by oreydc at 6:45 PM No comments:

Xmas on the Ponderosa 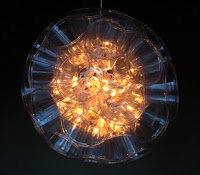 Posted by oreydc at 4:52 PM No comments: 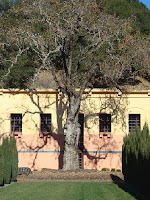 Merry Christmas to all...

and a very Happy Kwanzaa, Hanukkah, Solstice and New Year!
Posted by oreydc at 11:58 AM No comments: