well worth re reading:

A few minutes to spare... 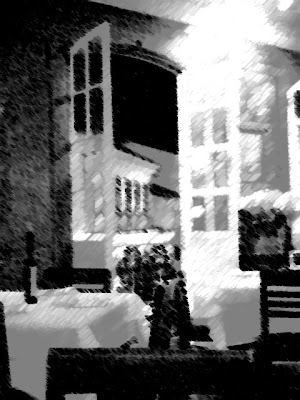 So I played with this image from last nite at a restaurant here in Ouro Preto...

Taking off from Congonhas (São Paulo) for Belo Horizonte 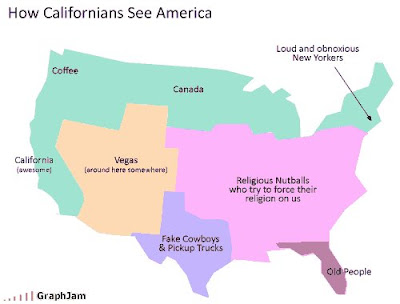 Posted by oreydc at 3:56 AM No comments:

Off to Ouro Preto today!

Soem fotos from my busride to Sao Paulo yesterday and my walkabout on Avenida Paulista... 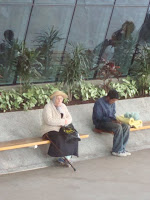 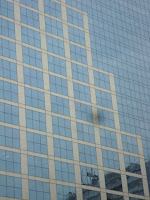 Avenida Paulista - cool building... you can see the problem with my lens... 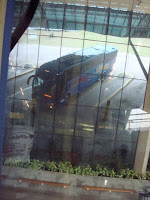 My bus in the reflection 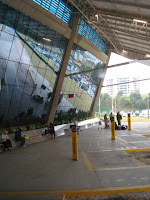 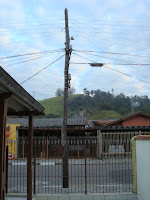 Dawn from my bedroom window in Amparo

Posted by oreydc at 3:49 AM No comments: 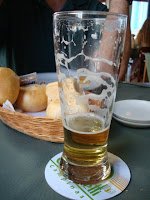 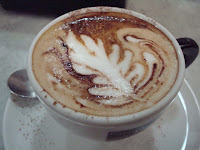 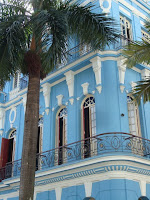 Posted by oreydc at 2:00 AM No comments: 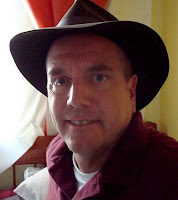 Yesterday we gave a talk to teachers at an inservce in Pedreiera. It great fun to meet with and talk with public school teachers. They are so proud of Milton and what he is doing... So am I!

With a quick trip to Campinas to buy my hat. I drove all the way and back, which is always great fun. It always seems like we are going much faster than we are in the Mighty Fiat as all is in km, and the size and feel of it so different to drive. It reminds me a lot of my first fusca (VW bug). I bought my hat from the factory itself, they are specialists in cowboy hats (tempted… but no). When we returned, I had a haircut at Luizinho’s (a must when I am here), and bought my tickets to Sampa before coming back to the house to pack.
Tomorrow I head to São Paulo to:

Then early the next morning I fly to Belo Horizonte and travel to Ouro Preto. The folks from CEAD-UFOP are sending a driver, so I am going to get thee in plenty of time. Marger is letting me stay her house.

Posted by oreydc at 1:13 PM No comments: 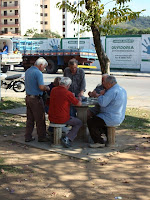 Its my birthday, and I went for a nice walk... on the way back to the house I passed by Airton´s banca (newstand) where Waldier is working in the mornings (you can see him waving). I liked the old guys playing truco...

Posted by oreydc at 8:55 AM No comments:

NOBEL LAUREATES CALL FOR RELEASE OF IRANIAN BAHA'I PRISONERS
NEW YORK, 30 June 2008 (BWNS) -- Six Nobel Peace Prize laureates have issued a statement calling on the Iranian government to free immediately seven prominent Iranian Baha'is imprisoned in Tehran.The six Nobel winners, under the banner of the Nobel Women's Initiative, called on the Iranian government to guarantee the safety of the Baha'is -- being held in Evin Prison with no formal charges and no access to lawyers -- and to grant them an unconditional release."We are thankful to these internationally prominent activists for calling publicly for the release of our fellow Baha'is, who are detained for no reason other than their religion," said Bani Dugal, principal representative of the Baha'i International Community to the United Nations.The Nobel laureates supporting the statement are:-- Betty Williams and Mairead Corrigan Maguire, founders of the Peace People in Northern Ireland and winners of the Nobel Peace Prize in 1976;-- Rigoberta Menchu Tum, a leading advocate of ethno-cultural reconciliation in her native Guatemala and Nobel winner in 1992;-- Professor Jody Williams, international campaigner for the banning of land mines, winner in 1997;-- Iranian human rights lawyer Dr. Shirin Ebadi, winner in 2003;-- Kenyan environmental activist Professor Wangari Muta Maathai, Nobel winner in 2004.Their statement, issued on the letterhead of the Nobel Women's Initiative, reads:"We note with concern the news of the arrest of six prominent Baha'is in Iran on 14 May 2008. We note that Mrs. Fariba Kamalabadi, Mr. Jamaloddin Khanjani, Mr. Afif Naeimi, Mr. Saeid Rezaie, Mr. Behrouz Tavakkoli, and Mr. Vahid Tizfahm are members of the informal group known as the Friends in Iran that coordinates the activities of the Baha'i community in Iran; we further note that another member of the Friends in Iran, Mrs Mahvash Sabet, has been held in custody since 5 March 2008; we register our deepest concern at the mounting threats and persecution of the Iranian Baha'i community."We call on the Iranian Government to guarantee the safety of these individuals (and) grant their immediate unconditional release."The Nobel Women's Initiative was established in 2006 by the six women laureates - representing North America, Latin America, Europe, the Middle East, and Africa - to contribute to building peace by working together with women around the world. Only 12 women have ever won the Nobel Peace Prize.The Nobel Women's Initiative maintains an office in Ottawa, Canada.
To view the photos and additional features click here: http://news.bahai.org
Posted by oreydc at 7:24 AM No comments:

A busy two evenings, and we still have a quermesse to go!

I am writing this as everyone is taking nap after a very fun churrasco in the home of M’s sister and brother-in-law. Let me recap, as I know so many people are eager to follow our adventures. The responsibility falls heavily upon this author… 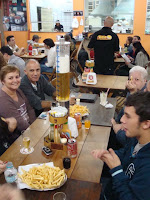 Last night we were invited, a I shared in my last post, to a sarau (a Luso-Brazilian custom by which people bring a poem or song… it was great fun! It was in the same school that 10 years ago, I did research in… we are all a bit older and very much wiser. It is fun to see the former French teacher now the coordinator a (principal), etc. Then we went to meet the family at a new luncheonette… the major attraction being that they deliver the chopps in a tower (see the attached photo). We all had a raucous good time… and I woke up at 10am, less than refreshed.

Regina’s house for the churrasco… for those of you not familiar with Brazilian custom, it is a tradition to over eat and drink with the family in such a manner. For those of you reading this from S. Asia, yes I am afraid it does involve the massive consumption of beef, pork, and chicken. But, when in Rome… there was plenty of reason to celebrate – Airton won R$8000,00 in the jogo de bicho, it is my birthday tomorrow, and we asked for and received Helen’s blessing for our wedding… so it has been a roudy party to sya the least, and I truly love this family. 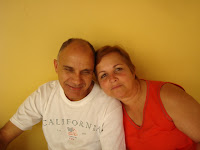 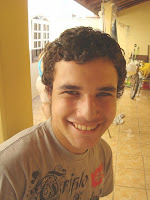 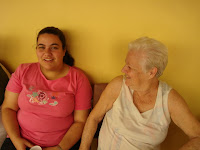 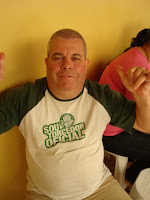 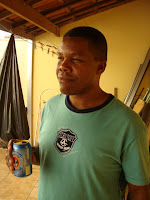 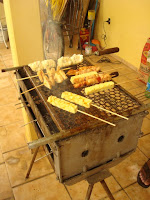 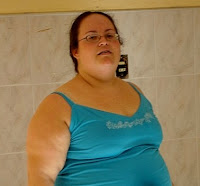 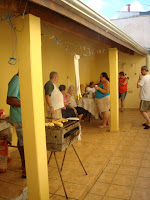 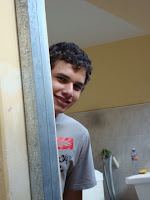 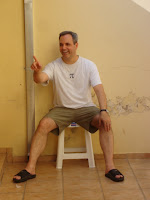 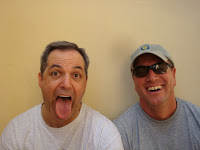 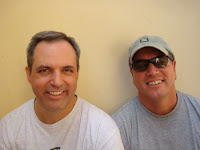 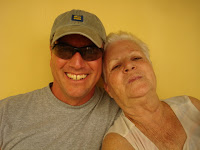 Posted by oreydc at 5:01 PM No comments: