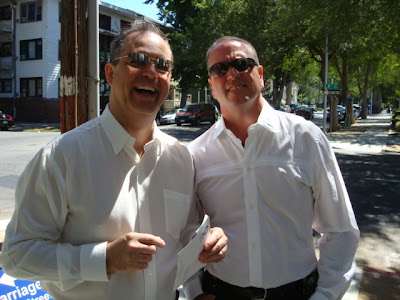 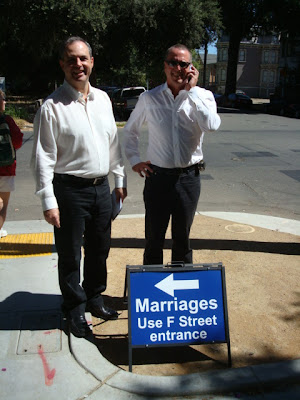 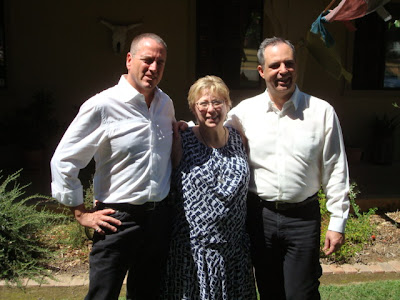 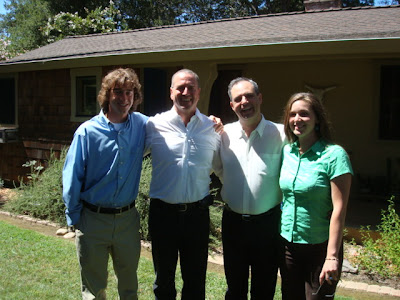 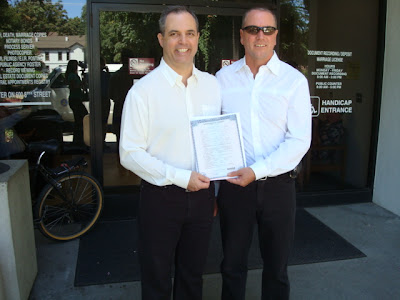 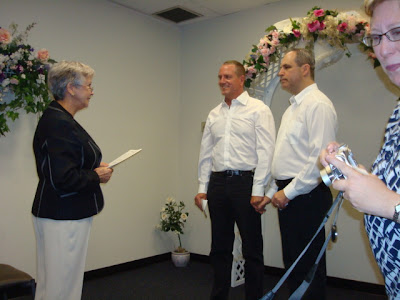 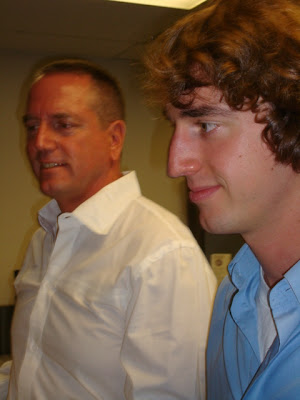 Posted by oreydc at 2:49 PM No comments:

Baha'i: The Ultimate Global Religion?
Posted by oreydc at 9:58 AM No comments:

Here are few key facts about oil drilling from Moveon.org

Here are few key facts about oil drilling from Moveon.org:

Posted by oreydc at 8:10 PM No comments:

“I’ll be a president that stands up for American families – all of them.”

Click to read Obama's letter to the GLBT Community 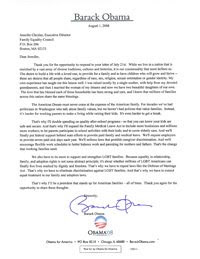 Click to read Obama's letter to the GLBT Community

Help Expose Bush’s Big Lie and Save Our Coasts!

Posted by oreydc at 9:57 AM No comments:

Dean Baker for Truthout: "Senator McCain and the Republicans in Congress are calling Senator Obama and the Democrats environmental wimps for refusing to allow the oil industry to drill in the Arctic National Wildlife Refuge, environmentally sensitive offshore areas and anywhere else they please. The Republicans are claiming that the Democrats don't care about Joe Sixpack, who now has to pay $4 a gallon for his gas. Nor do they care that most of this oil is now imported."

Posted by oreydc at 5:10 PM No comments: 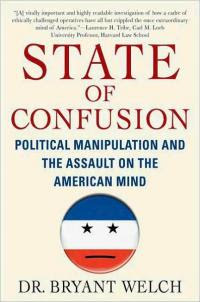 State of Confusion: Political Manipulation and the Assault on the American Mind
By Bryant Welch
BuzzFlash.com's Review (excerpt)

“Bryant Welch was born to write this vitally important and highly readable investigation of how a cadre of ethically challenged political operatives and their religious and journalistic allies have gradually distorted and disabled the minds of ordinary Americans—and have all but crippled the once-extraordinary mind of America. It is not too late for us to reclaim our identity, but we will succeed only if we take to heart the lessons so lucidly laid bare by the remarkable work of this insightful psychologist and experienced political activist.” --Laurence H. Tribe, Carl M. Loeb University Professor, Harvard Law School
BuzzFlash Review:This is one of those few books -- and a bit undernoticed -- that is a virtual Rosetta stone to understanding how so many Americans are living in an alternative reality.They have been emotionally and psychologically manipulated by a "manufactured reality" of the right wing consortium: think tanks, public relations spin, advertising techniques, corporate media, psychological tactics, and politicians, among others.
The author, a psychologist/attorney, compares the process we have gone through as a nation in the last 30 years -- and particularly the last 8 years -- to a film from 1944: "Gaslight" (starring Charles Boyer and Ingrid Bergman). Directed by George Cukor, it is distinctly Hitchcockian in its rendering.
We will quote directly from the first chapter of "State of Delusion":"The term gaslighting comes from the 1944 film in which a psychopathic husband coveting his wife's property tries to drive his dependent young bride insane by covertly manipulating her environment, making her increasingly perplexed and uncertain. Among other things, he raises and lowers the gaslights in the house while denying to the wife that there has been any change in the lighting. While he feigns genuine concern for her, he cleverly isolates her from any contact with the rest of the world that might interfere with his propaganda-like assault on her sense of reality...."In the mental health profession, gaslighting refers to a series of mind games that prey on our limited ability to tolerate much ambiguity or uncertainty about what is happening in our important areas of our lives. It is a highly destructive form of psychological manipulation that undercuts trust in our sense of reality and results in confusion and perplexity. If the victims of gaslighting do not come up with a resolution for the perplexity, they will act in an increasingly primitive and irrational fashion. This is what has been done to large segments of America."Oh, dear me, how elitist to reveal the truth!
We could say much more, particularly the tell-tale sign of attacking and then claiming "victimization." Rove is a master at this and that is what John McCain did after subliminally raising race in an ad (black man/white women) and then claiming that Obama "played the race card." This is just one of the recurrent patterns that appears in the process of "gaslighting" the American people by the immoral right wing.Of course, the corporate media (which controls most book reviews) isn't eager to publicize a book that posits that a large segment of the American population (you can find a chunk of them regularly watching FOX News) have been brainwashed, emotionally manipulated, and embedded with a false sense of reality. That's because the corporate media is one of the main vehicles for accomplishing this Lee Atwater/Karl Rove/Roger Ailes Psy-ops strategy.
From the publisher:Gaslighters prey on their victim’s vulnerability to paranoia, sexual perplexity,and envy to undermine the mind’s ability to function rationally. Welch examines why millions of Americans, in response to such assaults, subconsciously and dangerously create their own simplistic reality, even if it is completely different from the more complex reality of the world. Most important, State of Confusion explains how and why Americans must act now to fight back against this harmful manipulation before it’s too late. Dr. Welch’s exploration of the American mind is both fascinating and frightening, and State of Confusion is a must-read for everyone who cares about the future of this great country.
Read The Full Review >>>
http://www.buzzflash.com/store/reviews/1225
Posted by oreydc at 12:31 PM No comments:

NEW YORK, 3 August 2008 (BWNS) -- The Baha'i International Community categorically rejects statements by an Iranian prosecutor that seven Baha'is detained in Tehran have "confessed" to operating an "illegal" organization with ties to Israel and other countries.

"We deny in the strongest possible terms the suggestion that Baha'is in Iran have engaged in any subversive activity," said Bani Dugal, principal representative of the Baha'i International Community to the United Nations. "The Baha'i community is not involved in political affairs. Their only 'crime' is the practice of their religion.""The seriousness of the allegations makes us fear for the lives of these seven individuals," she said.

She was responding to Iranian newspaper reports of statements by Hasan Haddad, deputy prosecutor general for security at the Islamic Revolutionary Court in Tehran.

Ms. Dugal said that seven Baha'is arrested earlier this year were members of a committee that helped attend to the needs of the 300,000 Baha'is in Iran. "That is no secret - the government knew perfectly well about the existence of this committee long before its members were arrested, just as the government knows perfectly well that these people are not involved in any underhanded activity," Ms. Dugal said.

Ms. Dugal said the detentions are part of a well-documented, decades-long campaign to stamp out the Baha'i community in Iran, and that the latest accusations follow the same pattern as previous unfounded charges."

Suggestions of collusion with the state of Israel are categorically false and misleading. The Iranian authorities are playing on the fact that the Baha'i world administrative center is located in northern Israel," she said."

The Iranian government completely ignores the well-known historical fact that the Baha'i Faith was centered in Iran until 1853 when the authorities there banished the Baha'i prophet-founder, who was forced into exile and eventually imprisoned in Acre on the Mediterranean coast under the Ottoman Turkish regime. That area happens to be in what is now Israel."

Ms. Dugal said many Baha'is in Iran -- including members of the coordinating committee before their imprisonment -- are frequently detained for questioning about their activities. The Baha'is, she said, have nothing to hide and try to answer truthfully whenever they are interrogated.

To view the photos and additional features click here:

Advance release: Please check our website for the final version of thisarticle.

Posted by oreydc at 3:35 PM No comments:

Florida: McCain Campaign Single Outs Black Reporter and Ousts Him from Press Area
Posted by oreydc at 9:45 AM No comments: