Bill Moyers and Michael Winship, Truthout: "Your opinion of Obama's first 100 days depends, of course, on your own vantage point. But we'd argue that as part of his bending over backwards to support the banks and avoid the losers, he has blundered mightily in his choice of economic advisers."

Browse our continually updating front page at http://www.truthout.org
Posted by oreydc at 5:20 PM No comments: Links to this post

From NCLR and also Wockner:

With its groundbreaking marriage decision a year ago, the California Supreme Court set us on a path that — despite some setbacks — has led to one marriage victory a week in the past month: A first-ever unanimous state supreme court ruling in Iowa; a huge victory in Vermont, where there was strong enough support for marriage equality to override their Governor’s veto; and tremendous movement in the legislatures of New Hampshire and Maine, with similar progress likely in the months ahead in New York and New Jersey. The result has been a profound sea change in public opinion, including my own view of what the next month will bring here in California.

Just this week, a new Washington Post-ABC News poll showed “a sharp shift in public opinion on same-sex marriage. Forty-nine percent said it should be legal for gay people to marry” — an 11 point shift from a similar poll conducted by the Post just three years ago.

I have always believed the California Supreme Court should strike down Prop 8 because the law is so overwhelmingly on our side. But I feared that other factors might result in an adverse decision. That fear has now been replaced by hope as courts and legislatures — as well as public opinion — have moved sharply in our direction. The Court can cement its legacy by overturning Prop 8 and upholding our Constitution’s promise of equal protection. Or it can cause untold pain and hardship to our community and forever undermine the independence of the judiciary and the historic role of the courts in protecting minority rights.

Posted by oreydc at 8:30 PM No comments: Links to this post

Hey, President Obama! Where did that famous list of commitments to LGBT rights go on your website? Within five minutes of Obama's swearing-in, a heavily detailed list of eight promises to us were posted: repeal DADT, support ENDA, expand adoption rights, etc. There's no mention of DADT or adoption rights or HIV prevention anymore, here's the two sentences that remain:

President Obama also continues to support the Employment Non-Discrimination Act and believes that our anti-discrimination employment laws should be expanded to include sexual orientation and gender identity. He supports full civil unions and federal rights for LGBT couples and opposes a constitutional ban on same-sex marriage.
Posted by oreydc at 11:30 AM No comments: Links to this post

40 Million Nonbelievers in America? The Secret Is Almost Out 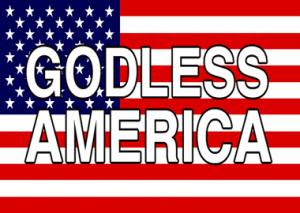 Posted by oreydc at 8:34 AM No comments: Links to this post

http://www.youtube.com/watch?v=j4mHZ-egxNg&NR=1
Posted by oreydc at 9:13 PM No comments: Links to this post

A celebration of freedom 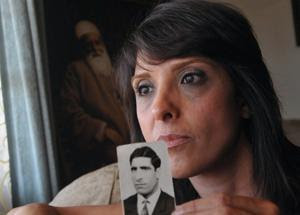 Posted by oreydc at 8:53 PM No comments: Links to this post

"Our greatest glory is not in never falling, but in rising every time we fall."

(Confucius)
"The hardest thing you can ever ask a teacher to do is to teach in a way they were not taught
themselves."
(Ken Jensen - Instructional Math Coach)


"Pleasant memories must be arranged for in advance."

(Unknown)
"The only difference between genius and stupidity is that genius has its limits."
(Albert Einstein) [From Otis Taylor]

"Make math your own, to make your own math."

(Unknown) [From the signature of Maria Droujkova]


"I couldn't wait for success, so I went ahead without it."


"A woman is like a tea bag: You never know her strength until you drop her in hot water."


"There must be something to acupuncture - after all, you never see any sick porcupines."
(Bob Goddard)

"Nobody can really guarantee the future. The best we can do is size up the chances, calculate the risks, estimate our ability to deal with them and make our plans with confidence."

(Henry Ford II)
"Reality is the leading cause of stress amongst those in touch with it."
(Jane Wagner) [From Otis Taylor]

(Motto at the Shell Center in Nottingham, England) [From Hugh Burkhardt]


"We could certainly slow the aging process down if it had to work its way through Congress."

(Will Rogers) [From Paul Agranoff]


"You can only be young once. But you can always be immature."


"At the moment that we persuade a child, any child, to cross that threshold, that magic threshold into a library, we change their lives forever, for the better. It's an enormous force for good."

(Barack Obama) [From Richard K. Moore on the eddra listserve]


"Personally I'm always ready to learn, although I do not always like being taught."


"Mathematicians do it continuously and discretely."


"If you are going through hell, keep going."


"An unhatched egg is to me the greatest challenge in life."


"When someone does something good, applaud! You will make two people happy."


"Computing is not about computers anymore. It is about living."


"The secret of a good sermon is to have a good beginning and a good ending; and to have the two as close together as possible."


"Just living is not enough. ... One must have sunshine, freedom and a little flower."

"To live is the rarest thing in the world. Most people exist, that's all."


"I took the road less traveled by, and that has made all the difference."


"Insist upon yourself. Be original."

George Lakoff, The San Francisco Chronicle: "You turn the AM on and there's Rush, or Savage, or another of the army of right-wing radio talk show hosts. You may not be listening hard, just working, driving, doing busywork or the laundry. Yet if you listen day after day, year after year, your brain will begin to change. Words, even those heard casually and listened to incidentally, activate frames - structures of ideas that are physically realized in the brain. The more the words are heard, the more the frames are activated in the brain, and stronger their synapses get - until the frames are there permanently. All this is normal. It is how words work. And the right-wing message machine has found a way to take advantage of it - activating, as it were, a conservative system of thought."

Posted by oreydc at 11:30 AM No comments: Links to this post