From a devoted reader...

Posted by oreydc at 11:29 AM No comments: Links to this post

Posted by oreydc at 11:17 AM No comments: Links to this post

Who's Paying To Kill Health Reform? 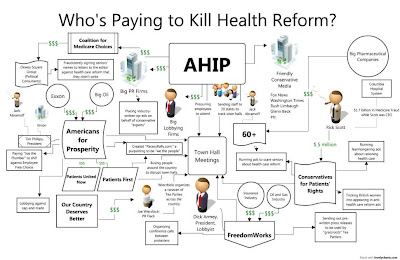 Posted by oreydc at 9:27 PM No comments: Links to this post

This was very sweet...

A 'gentle and unassuming' tutor

KWAME HOLMAN: Meanwhile, in Washington, the National Portrait Gallery unveiled a rendering of Kennedy by the pop artist Andy Warhol.

Elsewhere in the capital, Kennedy was remembered not as the scion of a political dynasty, but as a gentle and unassuming tutor. Kennedy was for years one of a cadre of senators and congressional staff who worked with children as part of the national "Everybody Wins!" reading and mentoring program. Third-grader Larenai Swann read with Kennedy at Brent Elementary School.

LARENAI SWANN: I remember the first time he came and read with me.

ADULT: Was he funny?

LARENAI SWANN: We played "Rock, Paper, Scissors." Whoever won would read the page. But Senator Kennedy won, so -- and we took turns reading.

KWAME HOLMAN: It was not until she returned home that first day that she learned who her new, special tutor was.

LARENAI SWANN: The first day I went home, my mom and my grandmother told me.

ADULT: And what did you think?

YUMICA THOMPSON: When I found out, I was like, "Oh, OK, that's pretty interesting." I told her that, you know, that that's pretty big, and just go in there, read your best, and do your best, which she did. She actually fell in love with him. He had a great personality, so I guess it put her at ease to read more.

JOCELYN COLELLA, coordinator, "Everybody Wins!": He was a really forceful, intimidating figure if you didn't know him personally, but he would come in, and Larenai would be completely consumed by him, his presence, his voice, his demeanor, and she would be wrapped up with him for the time that he was there, and he would be engrossed with her, too. There would be no interruptions while he was working with her.

KWAME HOLMAN: Last year, when Kennedy took ill, he made a point of sending his young charge a letter, to tell her he could no longer assist her.

LARENAI SWANN: It said that he really enjoyed reading with me and he was sick, so he couldn't come anymore.

ADULT: How did that make you feel?

LARENAI SWANN: It made me feel sad that he was sick.

KWAME HOLMAN: Just before his cancer diagnosis, Kennedy sent Larenai a birthday gift: a children's book written by the senator, with an inscription to her.

JEFFREY BROWN: The public will be able to view Kennedy's casket this evening and tomorrow at the Kennedy Library. We'll have more on the history and legacy of the Kennedy family at the end of the program tonight.
Posted by oreydc at 6:08 PM No comments: Links to this post

People in the poorest parts of our world struggle daily against hunger and poverty, but much of this is preventable. The trick is that we cannot depend on one solution.

Many factors drag people into poverty, so we have to take a multifaceted approach to help people escape it >>

Here are the four key areas that need to be addressed in developing countries:

1. Malaria: Women need to learn how to protect themselves and their families from this disease that kills more than 1 million people each year.
2. Health Protection: Low-cost health products, micro-insurance and health savings plans can help prevent families from being destroyed by minor illnesses.
3. Microfinance: With small loans, women can raise animals and plant gardens, creating sustainable businesses.
4. Education: Learning about family planning, health and business empowers women to secure their futures.

These main factors perpetuate the cycle of poverty and we need to tackle them all in order to break the cycle. Urge President Obama to include these four things in any U.S. foreign aid program From Care2

"Why do I feel like we're careening toward social conditions that look eerily like pre-WWII Nazi Germany? The vitriol, the fear, the outright lies and propaganda look too much like the B & W films I saw in junior high school. But it's not 16mm film, its CNN and Faux News…."

from a blog discussion on JMG

Posted by oreydc at 1:08 PM No comments: Links to this post

Health Care Debate: Include the choice of a Public Option

So the insurance companies and right wing are fighting tooth and nail to get Democrats to cave on the public option and vote for fake reform like a "trigger" or co-opts. We can't let Democrats capitulate, we need to support Democrats only passing a bill with a strong public option.

That is why bloggers like FireDogLake have joined forces with Credo Action and Democracy for America to pass Public Option Resolutions at local political groups across the country.

Please join us and forward this email to your friends, chances are they are part of the 76% of Americans who want Democrats to be resolved for a Public Option.

http://action.firedoglake.com/page/s/resolved
Posted by oreydc at 12:00 PM No comments: Links to this post 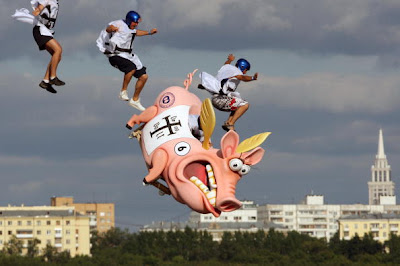 from Outside the Beltway
Posted by oreydc at 6:31 PM No comments: Links to this post 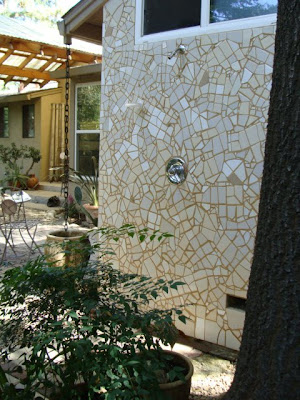 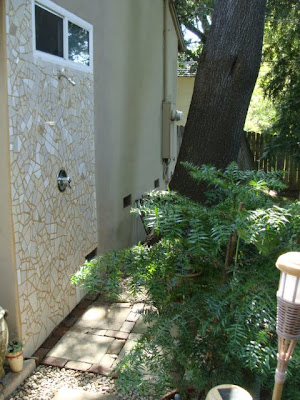 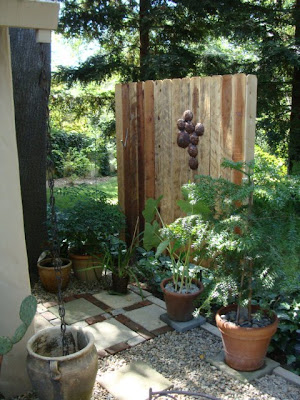 Bring a towel... its great!
Posted by oreydc at 3:55 PM No comments: Links to this post

Our story so far: Last year, Barack Obama was elected president, the first American of African heritage ever to reach that office. If this was regarded as a new beginning by most Americans, it was regarded apocalyptically by others who promptly proceeded to lose both their minds and any pretense of enlightenment.

These are the people who immediately declared it their fervent hope that the new presidency fail, the ones who cheered when the governor of Texas raised the specter of secession, the ones who went online to rechristen the executive mansion the "Black" House and to picture it with a watermelon patch out front.

On tax day they were the ones who, having apparently just discovered the grim tidings April 15 brings us all each year, launched angry, unruly protests. In the debate over health care reform, they are the ones who have disrupted town hall meetings, shouting about the president's supposed plan for "death panels" to euthanize the elderly.

Now, they are the ones bringing firearms to places the president is speaking.

The Washington Post tells us at least a dozen individuals have arrived openly – and, yes, legally – strapped at events in Arizona and New Hampshire, including at least one who carried a semiautomatic assault rifle. In case the implied threat is not clear, one of them also brought a sign referencing Thomas Jefferson's quote about the need to water the tree of liberty with "the blood of … tyrants."

It remains unclear, once you get beyond the realm of Internet myth, alarmist rhetoric and blatant lie, what the substance of the president's supposed tyranny might be. "Socialized health care?" Given that our libraries, schools, police and fire departments are all "socialized," that's hard to swallow.

When and if the implied violence comes, perhaps its author will explain. Meanwhile, expect those who stoked his rage – i.e., the makers of Internet myths, alarmist rhetoric and blatant lies – to disdain any and all moral responsibility for the outcome.

These are strange times. They call to mind what historian Henry Adams said in the mid-1800s: "There are grave doubts at the hugeness of the land and whether one government can comprehend the whole."

Adams spoke in geographical terms of a nation rapidly expanding toward the Pacific. Our challenge is less geographical than spiritual, less a question of the distance between Honolulu and New York than between you and the person right next to you. Such as when you look at a guy who thought it a good idea to bring a gun to a presidential speech and find yourself stunned by incomprehension. On paper, he is your fellow American, but you absolutely do not know him, recognize nothing of yourself in him. You keep asking yourself: Who is this guy?

We frame the differences in terms of "conservative" and "liberal," but these are tired old markers that with overuse and misuse have largely lost whatever meaning they used to have and with it, any ability to explain us to us. This isn't liberal vs. conservative, it is yesterday vs. tomorrow, the stress of profound cultural and demographic changes that will leave none of us as we were.

And change, almost by definition, always comes too fast, always brings a sense of stark dislocation. As in the woman who cried to a reporter, "I want my country back!" Probably the country she meant still had Beaver Cleaver on TV and Doris Day on "Your Hit Parade."

Round and round we go and where we stop, nobody knows. And it is an open question, as it was for Henry Adams, what kind of country we'll have when it's done. Can one government comprehend the whole? It may be harder to answer now than it was then.

The distances that divide us cannot be measured in miles.

Courtesy of the Sacramento Bee

Posted by oreydc at 11:16 AM No comments: Links to this post

Thoughts on the Middle East, History, and Religion

Juan Cole is President of the Global Americana Institute

1. Has no plans to invade any new oil countries.
2. Knows who president of Pakistan is
3. Knows how to safely consume pretzels
4. Does not take orders from his veep
5. Not on vacation 40% of time
6. Clears away Bush's harm, rather than clearing brush on farm
7. Worried about 47 million uninsured, not about 47 thousand idle rich multi-millionaires
8. Not removing oversight from bankers on theory that financiers would never steal from own bank!
9. does not believe US menaced by Gog and Magog
10. Not ignoring threat of al-Qaeda

thanks to Juan Cole for this.

Posted by oreydc at 12:14 AM No comments: Links to this post