Rachel Maddow: on the Prognoctopus

Visit msnbc.com for breaking news, world news, and news about the economy

Visit msnbc.com for breaking news, world news, and news about the economy

US World Cup Dream Ends in Loss to Ghana

Awesome job Team USA! You got us further along than any team has for 80 years! You did all this despite the incredible apathy and disinterest by the USA population... astonishing to have a team at perseveres... you did us proud! Next Cup, quarter finals!

Posted by oreydc at 3:25 PM No comments: Links to this post 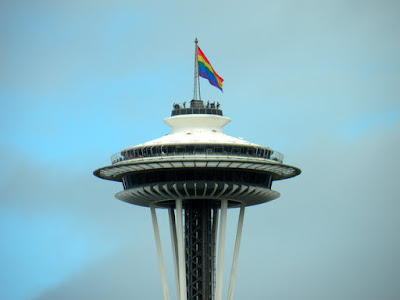 A gigantic rainbow flag is flying atop Seattle's Space Needle this weekend. Lurleen at Pam's House Blend has the story.

Posted by oreydc at 10:34 AM No comments: Links to this post

Via Utne: What Obama's Getting Right

Posted by oreydc at 9:35 AM No comments: Links to this post


Make the jump Here to visits the Cute with Chris Blog site
Posted by oreydc at 7:31 PM No comments: Links to this post

Via Pbs Newshour: In Brazil, Oil Rigs in Sight, But World Cup on Minds

In Brazil, Oil Rigs in Sight, But World Cup on Minds

As we flew into Rio de Janeiro, the city's jagged emerald mountains, sapphire blue waters and ribbon of white beaches seemed as pristine and beautiful as advertised. Yet just outside our sea-side breakfast room on famed Copacabana beach, a gigantic oil tanker was steaming for the deep Atlantic waters beyond.

Posted by oreydc at 6:57 PM No comments: Links to this post

How many are we? 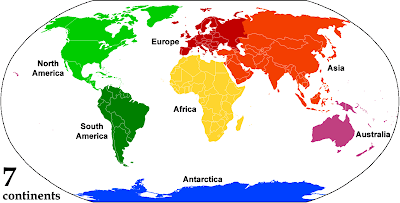 Click the pic to find out...
Posted by oreydc at 4:00 PM No comments: Links to this post

Posted by oreydc at 11:32 AM No comments: Links to this post

Via Gateway to Astronaut Photography: 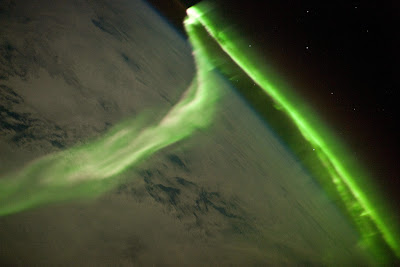 Posted by oreydc at 10:30 AM No comments: Links to this post

Via JMG: Postcards From Hell 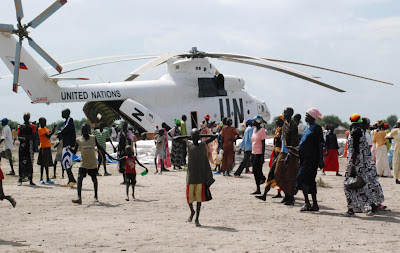 Foreign Policy Magazine has posted a photo series titled Postcards From Hell, which catalogs the world's "most failed states." The list was compiled by the Fund For Peace.

This year's index draws on 90,000 publicly available sources to analyze 177 countries and rate them on 12 metrics of state decay -- from refugee flows to economic implosion, human rights violations to security threats. Taken together, a country's performance on this battery of indicators tells us how stable -- or unstable -- it is. And unfortunately for many of the 60 most troubled, the news from 2009 is grave.

preposted from Joe
Posted by oreydc at 10:17 AM No comments: Links to this post

Via JMG: Fast Lane - The Slide

Posted by oreydc at 10:11 AM No comments: Links to this post


Posted by oreydc at 10:06 AM No comments: Links to this post

Religious leaders call for action on the environment, poverty and peace

The challenge was made in a statement drafted by representatives of the world's religions, who gathered at the University of Winnipeg in advance of this week's G8 and G20 summits in Toronto.

"Acknowledging our common humanity and embracing the imperative to treat all persons with dignity, we affirm that no one person is more or less valuable than another," said the statement.

"We urge the political leaders to consider first the vulnerable among us, particularly our children, and to work together to address the dehumanizing scourge of poverty and injustice, and practice and promote care for our common environment, the Earth," the statement said.

The World Religions Summit 2010 was the sixth in a series of interfaith gatherings associated with the annual G8 meetings. It brought together more than 80 participants from all of the world's major faiths including, for the first time, representatives of the Baha'i community.

Religious leaders from more than 20 countries attended, including each of the G8 nations - Canada, France, Germany, Italy, Japan, Russia, the United Kingdom, and the United States.

The Reverend Dr. James Christie, secretary general of the Summit, said the meeting and its output was directed principally at the leaders of the so-called "Group of 8" countries because they represent the nations that have the most power to effect change in the world.

"The reality is that these nations have the money, they have the clout, and they make a difference," said Dr. Christie.

Some participants said it was also important for the religious communities themselves to redouble their own efforts to address the three main topics of their discussions - poverty, the environment, and peace.

"We are living in a very critical period in history," said His Holiness Aram I, of the Armenian Orthodox Church. "I believe what is important for us is building community. It is not just living side-by-side, coexisting peacefully. It is a question of building integrated communities, communities of integrated diversity, accepting and respecting the others, but living together."

"We have to tell the G8 and the world that we religions not only speak together but that we are working together to build communities of integrated dialogue," he said.

Among the Baha'i representatives at the Summit was Susanne Tamas of Canada, who was joined by Baha'is from five other countries – France, Germany, Japan, the United Kingdom, and the United States.

"We believe that spiritual principles need to be brought into the discussion of such challenges as poverty, the environment, and peace and security," said Ms. Tamas. "We want to create a space where the political leaders can reflect and make decisions for the long term, and for the common good, rather than on short-term, national concerns."

"We're also here to learn – because these issues are complex and we need to learn what other faiths are saying about them," she said.

As a prelude to the Summit, the Baha'i community of Canada sponsored a seminar on human rights and religious freedom. The day-long event – held in Winnipeg on Monday, 21 June – brought together four human rights experts from different religious backgrounds who concluded that the right to freedom of religion must be upheld to ensure that its influence on society is progressive and positive.

The statement, issued after three days of deliberation at the World Religions Summit 2010, called upon political leaders to take "courageous and concrete" actions.

Regarding poverty, it said more than a billion people are "chronically hungry" and that women, children and indigenous peoples are among those most affected.

"The magnitude of poverty would be overwhelming were it not for the knowledge that this global inequity can be transformed into a shared life of human flourishing for all. Together, we have the capacity and the global resources to end extreme poverty and its impacts," the statement said.

On the subject of the environment, the statement noted that all faith traditions "call us to careful stewardship of the Earth." It warned of the effects of climate change and said "bold action is needed now."

Governments were also called upon to halt the nuclear arms race, and to make new investments to create a "culture of peace."

The Summit condemned religiously-motivated terrorism and extremism with the faith leaders committing themselves "to stop the teaching and justification of the use of violence between and among our faith communities."

The statement was presented to Steven Fletcher, Canada's Minister of State for Democratic Reform. Mr. Fletcher promised to deliver it to the Canadian Prime Minister Stephen Harper, for presentation to the G8 leaders.

To read this article online and view the photographs, go to:

For the Baha'i World News Service home page, go to:

Posted by oreydc at 10:02 AM No comments: Links to this post

THE MORNING BUZZ via Buzzflash

Beyond Petroleum, Beyond the Short-sighted Exploitation and Fragmentation of the Planet, There is Life Itself, Awaiting Us -- Bob Koehler for BuzzFlash

Rolling Stone Shows What Real Journalism that Informs and Revitalizes Democracy is All About BuzzFlash Media Wings of Justice Award.

Ever Shopped Progressively Before? Click Here and Try It. Progressives Supporting Progressive Change with Your Consumer Dollars! Your conscience will love you. Your Spending Can Change the World for the Good, Because it is Money that Gives the Corporate Predators Their Power. Deny Them the Money, and You Cut Off Their Power.

Who Wants the Drilling Rights to Tony Hayward's Head, a Gusher of Lies The BuzzFlash GOP Hypocrite of the Week

Yesterday, A Successful D-Day for Dems -- PM Carpenter Exclusively for BuzzFlash "Yesterday was one of those rare good days, in fact a splendid day, for Congressional Democrats."

For More Than 180 Headlines and Stories visit http://www.buzzflash.com.
Posted by oreydc at 9:48 AM No comments: Links to this post

U.S. soccer mania generated a buzz so loud Wednesday you couldn't even hear a vuvuzela.
Read more: http://www.sacbee.com/worldcup/#ixzz0rn1K15mw
Posted by oreydc at 9:43 AM No comments: Links to this post

Via SacBee: US players thrilled by fan response back home

IRENE, South Africa -- Tim Howard got back to the team hotel after the big win over Algeria, turned on a television and saw David Wright. Then he noticed what the New York Mets third baseman was wearing.

"I guess he went out and bought a Landon Donovan jersey a couple of weeks back, and he wore it yesterday," the American goalkeeper said Thursday. "That's pretty cool, when you see guys like that in other sports, high-level athletes who you respect, getting involved and enjoying our team and our success."

Via NPR: Are You For America? Or How One Person Learned To Cheer On The U.S. A U.S. fan enjoys the atmosphere ahead of the match against Algeria.

It was a hot day in Manhattan. A few friends had gathered to watch the U.S. play England at a small bar not far from Times Square. When I got there, people were stacked on the sidewalk getting a peek at the TVs inside. I squeezed my way into the bar and headed toward the back, where my friends were until the French owner stopped me.

“Are you for America?” he asked sternly with a gruff, drawling Napoleonic intonation. It certainly didn’t sound like a question of sport; it sounded like he was asking if I believed in American ideals of democracy and free speech, free enterprise and unalienable rights.

make the jump here to read the full article

Posted by oreydc at 6:57 PM No comments: Links to this post