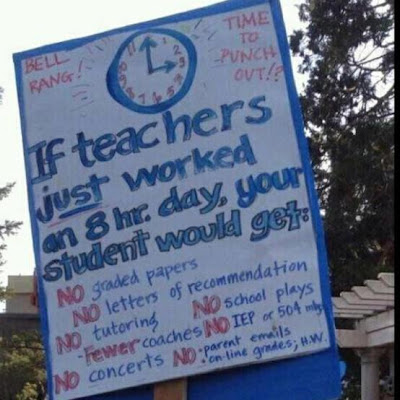 Via Maddow Blog: 'A campaign of almost pathological dishonesty'

Getty Images
Paul Krugman argued today that Mitt Romney "is running a campaign of almost pathological dishonesty." That need not be considered hyperbole.

Indeed, Greg Sargent added this morning that Romney's "falsehoods and all around dissembling" may be designed to "simply wear reporters and commentators down by trafficking in them so heavily that they throw up their hands and give up on trying to track or debunk them."

But I remain undeterred. A couple of months ago, I launched a Friday afternoon feature, highlighting the most offensive Mitt Romney falsehoods of the week. It moved to Maddow Blog a few weeks ago, so let's keep this going with another installment.

1. Romney told an audience in Arizona this week, in reference to President Obama, "He said he'd cut the deficit in half. He's doubled it. He's doubled it."
For an alleged numbers guy, Romney is either lying or he's bad at arithmetic. When Obama took office, the deficit was about $1.3 trillion. Last year, it was $1.29 trillion. This year, it's on track to be about $1.1 trillion. Does Romney not know what "double" means?
2. On health care, Romney argued, "Our bill [Romneycare] was 70 pages; his bill [Obamacare] is 2,700 pages."
This not just a dumb argument, it's also not true.
3. On foreign policy, Romney said, "[T]his president should have put in place crippling sanctions against Iran, he did not."
Actually, he did.
4. Romney claimed that Syria is Iran's "route to the sea."
Iran has 1,520 miles of its own coastline -- and doesn't share a border with Syria.
5. Romney boasted, "I also served in the Olympics, balanced a budget there."
Well, that's not entirely right. He hired lobbyists to get a taxpayer bailout for the Olympics and then balanced the budget.
6. Romney claimed, "You can't be, I don't believe, anything but a fiscal conservative and run a business, because if you don't balance your budget, you go out of business."
That's both untrue and ridiculous. Businesses operate in the red all the time, and take out loans for capital improvements, expansions, acquisitions, etc. If Romney's background is in the private sector, how could he not know this?
7. On contraception access, Romney argued, "I don't think we've seen in the history of this country the kind of attack on religious conscience, religious freedom, religious tolerance that we've seen under Barack Obama."
That's so ridiculous, even Romney couldn't actually mean that.
8. Also on contraception access, Romney said, "[The Obama administration is] requiring the Catholic Church to provide for its employees and its various enterprises health care insurance that would include birth control, sterilization and the morning-after pill. Unbelievable."
Yes, it's literally unbelievable, because he's lying: churches are exempt. (He's also contradicting his own previous position.)
9. On the Affordable Care Act, Romney said, "I will repeal Obamacare for a lot of reasons. One, I don't want to spend another trillion dollars... Number two, I don't believe the federal government should cut Medicare by some $500 billion."
One, the ACA saves money and reduces the deficit. Number two, the Medicare claim continues to be wildly misleading.
10. On Pentagon spending, Romney claimed, "This is a president who is ... cutting our military budget by roughly a trillion dollars."
That's not even close to being true.
11. On international affairs, Romney argued about the president, "He decided to give Russia their number one foreign policy objective -- removal of our missile defense sites from Eastern Europe -- and got nothing in return."
That's just not what happened.
12. Romney's new attack ad says Rick Santorum voted to confirm Supreme Court Justice Sonia Sotomayor.

Santorum left the Senate in 2006 -- three years before Sotomayor's confirmation. [Update: It looks like the Romney camp played fast and loose on this one, showing Sotomayor with President Obama in 2009 when she was nominated for the Supreme Court, but counting Santorum's vote when Sotomayor was a lower-court nominee. The implication for viewers is that Santorum backed Sotomayor for the high court, which is not true, when he and other Republicans did support her confirmation to a lower court.]

Foreign Policy columnist Michael Cohen noted yesterday that he understands that "politicians mislead and occasionally fib," but added, "[H]onestly, I've never seen anyone do it as brazenly as Mitt Romney."

With each passing week, I find it harder to disagree with such a sentiment.
Posted by oreydc at 11:59 AM No comments: 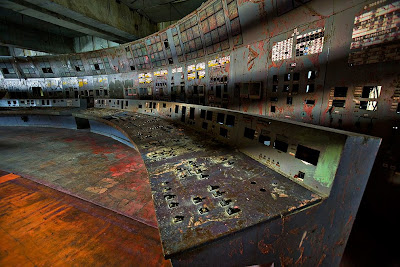 Photojournalist Gerd Ludwig has documented the present state of the world's most infamous nuclear power plant and the town that once surrounded it. Lots more fascinating (and grim) photos at the link, courtesy of the Boston Globe's always compelling Big Picture feature.
Labels: nuclear power, photography, Russia
reposted from Joe
Posted by oreydc at 4:37 PM No comments:

Via JMG: The Horse Has Thrown The Rider 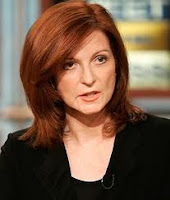 "In the old days, the Republican ego had control of the party’s id. The id, sometimes described as a galloping horse or crying baby, 'the dark, inaccessible part of our personality ... chaos, a cauldron full of seething excitations,' as Freud called it, was whipped up obliquely by candidates. Nixon had his Southern strategy of using race as a wedge, Bush Senior and Lee Atwater used the Willie Horton attack, and W. and Karl Rove conjured the gay marriage bogyman. Once elected, those presidents curbed the id with the ego, common sense and reason. But now the G.O.P.’s id is unbridled. The horse has thrown the rider; the dark forces are bubbling. Moderates, women, gays, Hispanics and blacks — even the president — are being hunted in this most dangerous game." - Maureen Dowd, writing for the New York Times.
Labels: 2012 elections, fascists, GOP, scary
reposted from Joe
Posted by oreydc at 10:20 AM No comments:

Via JMG: Windows 8 Is In Previews 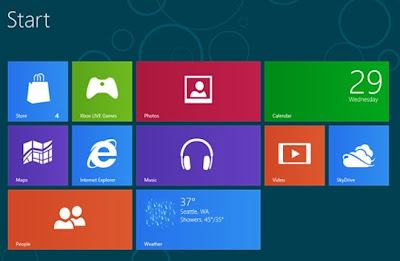 a) They're totally copying Apple!
b) They're so behind Apple!
c) Why isn't everyone using Apple?

Posted by oreydc at 8:32 AM No comments:

Posted by oreydc at 8:30 AM No comments: 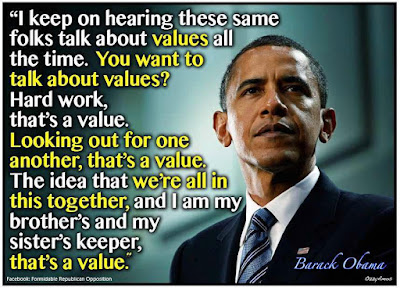 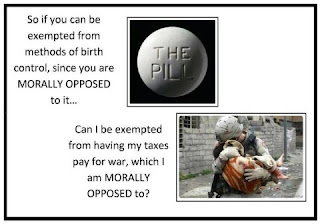 Republicans Have Mastered the Art of the Irrelevant Non-Answer

"It is disturbing to observe a trend toward a celebration of non-intellectual, uninformed discussion that allows ideologues to turn debate into angry confrontational political non-sequiturs." - Ann Davidow

When did bluster and rudeness begin to supplant reasonable discourse and responsive answers? Increasingly rude and disrespectful behavior has seemingly become acceptable since President Obama was elected. The right wing, having more or less successfully defined Obama as "the other," wantonly discard...
Posted by oreydc at 4:21 PM No comments: