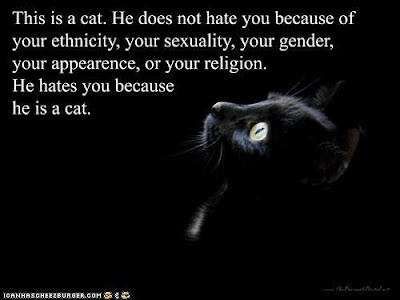 Posted by oreydc at 6:11 PM No comments:

Posted by oreydc at 5:27 PM No comments:

Wall Photos
Listen with ears of tolerance!
See through the eyes of compassion!
Speak with the language of love!
Rumi ♥
Posted by oreydc at 3:56 PM No comments:

Via JMG: Another Google Change


A couple of months ago, Google began redirecting some readers to Blogspot addresses that ended in the country code of the user. Last night they added Canada, France, and several others to that list.


Q: Why is this happening?
A: We are doing this to provide more support for managing content locally. If we receive a removal request that violates local law, that content may no longer be available to readers on local domains where those laws apply. This update is in line with our approach to free expression and controversial content, which hasn’t changed.

Most readers will see no change, but for those of us using non-Google add-ons such as the comment provider we use at JMG, comments may not be available in the countries affected by the change. There is a work-around for that.

For now, I recommend that those affected add "/ncr" to the JMG URL and save that new address in your bookmarks. We should have a more permanent fix shortly.
Labels: Blogspot, Canada, Google, internet, JMG
reposted from Joe
Posted by oreydc at 7:30 AM No comments: 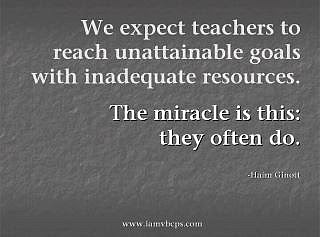 Posted by oreydc at 4:20 PM No comments: 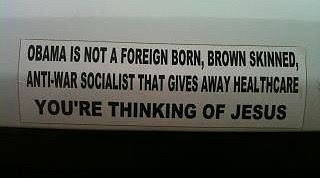 Posted by oreydc at 4:19 PM No comments: 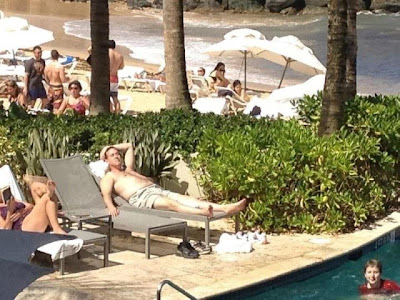 Shortly after telling Puerto Ricans that they are unworthy of statehood unless they make English their official language, Rick Santorum soaked up the poolside rays at a local resort. Also staying at that resort were passengers from an Atlantis all-gay cruise, who snapped the above photo. Thanks to JMG tipsters James and Guy for sending this along.
Labels: GOP, Puerto Rico, Rick Santorum
reposted from Joe
Posted by oreydc at 3:41 PM No comments:

Posted by oreydc at 6:07 PM No comments:

Via JMG: Encylopedia Britannica Goes Out Of Print 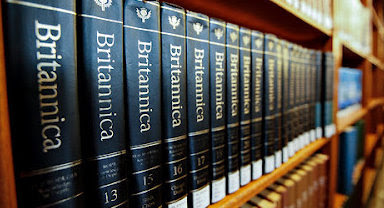 The digital age claims another victim.

The 244-year-old Encyclopedia Britannica will be going out of print this year, abdicating to the likes of Google and Wikipedia. Most adults will remember looking up information in the IRL knowledge-base's volumes, but the iconic encyclopedia only represents 1 percent of the company's total sales today. Britannica traditionally published a new set of tomes every 2 years, but the company decided that the 2010 version (which costs $1,400) will be the final edition. Britannica will sell its remaining 4,000 copies of the encyclopedia, and then end its run.

When I was a kid we had a late 1950's edition (shut up) that I can vividly recall using to learn about the history of Vietnam while my father was there for the Marine Corps.
Labels: Google, internet, Wikipedia
reposted from Joe
Posted by oreydc at 2:54 PM No comments:

Via JMG: Apple: Bigger Than All Retail Combined 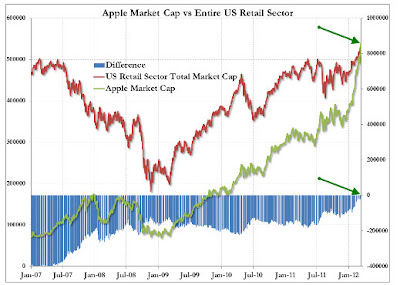 Well, not all retail. But OMFG still!

A company whose value is dependent on the continued success of two key products, now has a larger market capitalization (at $542 billion), than the entire US retail sector (as defined by the S&P 500). Little to add here.

Via Waves of Gratitude: 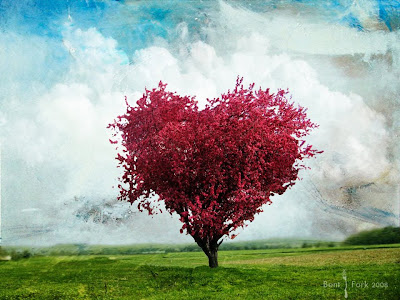 When you choose to think, speak and act from the perspective of Love, a small part of you, like a seed, begins to grow. This seed of Love must be tended and nurtured, so it can grow... You are called upon to receive the gift to open your heart and mind... Learn how to stop the traits of the ego and take the first step to achieve the consistent results you demand in your journey to experience Intimacy and true Love... Creating Love... Learn more at http://www.windsorlindor.com/Programs/CreatingLoveWebinar.html ~ Windsor Lindor
Posted by oreydc at 2:33 PM 1 comment:

Poll: 66% Blame Big Oil and MidEast Countries For High Gas Prices, 23% Blame Obama
Posted: 14 Mar 2012 08:47 AM PDT
The public understands why gasoline prices are soaring, yet another poll reveals. Not surprisingly, they don’t blame the President, who has overseen rising domestic oil production:

And yesterday it was the National Journal survey that found 38% singling out “the manipulation of prices by large energy companies” and 27% citing “tension in the Middle East, particularly over Iran and nuclear weapons,” whereas only 15 blamed “the policies of President Obama.”

The notion pushed by some pundits that the president is losing popularity because the public blames him for high gasoline prices makes little sense and appears to be based on an outlier poll. We have 2 major polls confirming that the public doesn’t blame him for high gas prices. And multiple new polls showing the president gaining popularity in the wake of the improving job numbers and the never-ending, back-biting Republican presidential campaign.


The White House has an advantage over Republicans in its core economic message. Asked the better way to promote growth, 51 percent favor government investment in infrastructure, education and alternative energy, a theme often sounded by Obama. Forty-one percent prefer reductions in taxes and government spending, a rallying cry of Republicans.

Even in economically troubled times, people would rather have government investment in the future, including clean energy, than lower taxes.

Posted by oreydc at 4:41 PM No comments:

Via JMG: The Winter That Wasn't, Part III


Allergy season came early and with a vengeance.

“It really is unusually early for patients to be this miserable,” says Derek Johnson, medical director of the Fairfax Allergy, Asthma and Sinus Clinic. “The mild winter has resulted in very high pollen levels in February and early March, when they’re typically very low or negligible.” In fact, he points out that tree pollen counts on Feb. 23 were 365 grains per cubic meter, compared with a mere 2.88 a year before. He also notes that because it has been so sunny and warm in the past few months, people have spent more time outside, increasing their exposure to such allergens.

Last night I actually woke myself up with a sneeze. Didn't know that was possible.
Labels: health, science, weather
Reposted from Joe

Posted by oreydc at 4:15 PM No comments:

Via JMG: It's An Accordion Bus, Get It? 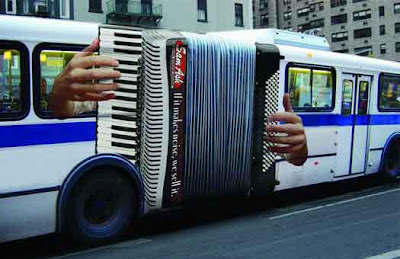 Technically they're called articulated buses, but that name doesn't lend itself to selling musical instruments. (Via Copyranter)
Labels: advertising, Copyranter, NYC
Reposted from Joe
Posted by oreydc at 4:14 PM No comments: 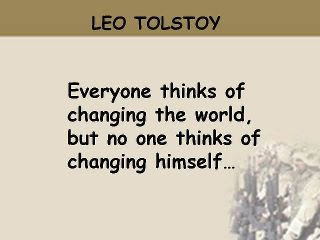 Posted by oreydc at 8:19 AM No comments:

Via JMG: The Winter That Wasn't, Part II


This year's non-winter means an early explosion in bug infestations such as ants, termites, and Lyme disease carrying ticks. But worse than that, it may have wreaked havoc upon the honeybees.

A mild winter is not great for all bugs, including some highly beneficial insects. Some were up and about when they should have been idle and hibernating, burning less energy, experts say. When this happens, they gobble the food they stored for the winter and emerge into a world where food is scarce. Many starve. Honeybees are a perfect example. Beekeepers say the insect was probably more active this winter, one of the warmest on record . Several beekeepers said they put sugar water or water mixed with syrup near their hives, worried that queens became active in warm weather and started pumping out thousands of eggs a day.

Via JMG: The Winter That Wasn't

The fourth-warmest winter ever. New York City saved tens of millions on the snow removal they didn't have to do.

Labels: global warming, NYC, weather
reposted from Joe
Posted by oreydc at 10:06 AM No comments: 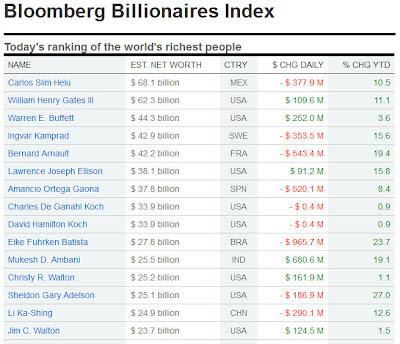 The Koch Brothers and Sheldon Adelson, the backer of the Gingrich campaign, are all in the top twenty.
Reposted from Joe
Posted by oreydc at 10:04 AM No comments: