Posted by oreydc at 4:21 PM No comments: 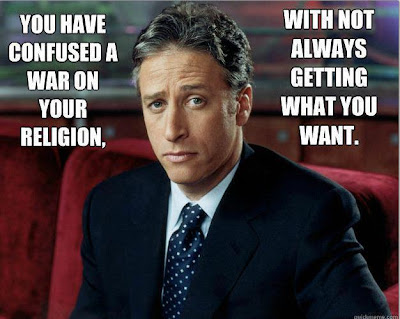 Posted by oreydc at 7:03 AM No comments:

Posted by Rob
Posted by oreydc at 4:53 AM No comments: 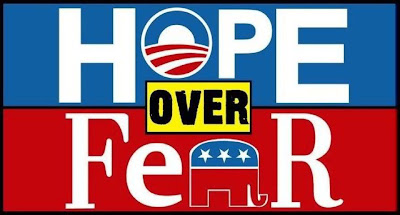 Posted by oreydc at 4:51 AM No comments: 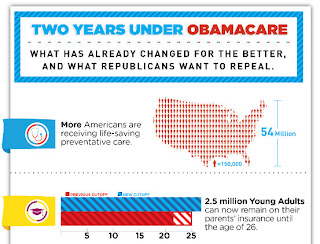 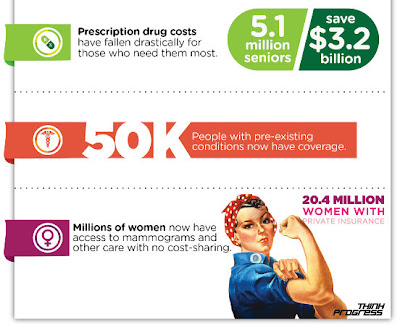 Today is the two year anniversary of the bill's passage and Think Progress provides the above infographic.
Labels: Barack Obama, health care reform, insurance
Reposted from Joe
Posted by oreydc at 2:36 PM No comments:

Via Moveon.org: The Insanity Of U.S. Military Spending In One Chart

The United States spends almost as much as the rest of the world combined! Now imagine if we spent this money on hiring better teachers. Or providing cost-free health care. Or expanding our libraries. Or . . . Posted by oreydc at 9:43 AM No comments:

Via JMG: Speaking of ASL...

Going viral this week is a clip in which President Obama signs back "thank you" to a deaf supporter, who writes: "The moment I will never forget was when he looked at me. He gave me a chance to talk to him. It was like he was waiting for me to say something. I took the moment and signed 'I am proud of you,' and his response was 'Thank u' in sign language back! Oh my gosh! I was like wow! He understood me after I said I was proud of him. It was so amazing." 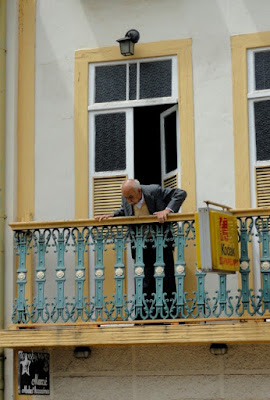 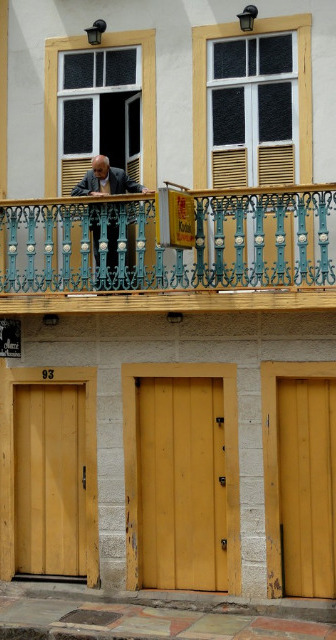 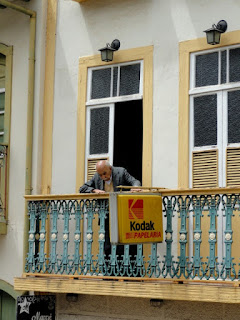 Posted by oreydc at 5:20 PM No comments:

Posted by oreydc at 3:51 PM No comments:

(Dietrich Bonhoeffer)      [From the signature of Walter Wendler]
"Courage is not the absence of fear, it is the conquest of fear."
(George Alland)      [From George Alland]
I walk slowly, but I never walk backward."
(Abraham Lincoln, 16th U.S. president)
"Shallow men believe in luck or in circumstance. Strong men believe in cause and effect."
(Ralph Waldo Emerson)
"I'd rather have a free bottle in front of me than a prefrontal lobotomy."
(Groucho Marx)     [From Rico Gutstein]
"The mob is man voluntarily descending to the nature of the beast."
(Ralph Waldo Emerson, American writer)
"99% of lawyers give the rest a bad name."
(Steven Wright)
"Friendship is always a sweet responsibility, never an opportunity."
(Khalil Gibran, Lebanese-American artist, poet and writer)
"Not all things measurable in mathematics education are important, and some very important things are impossible to measure."
(Michael de Villiers)      [From a colleague in South Africa]
"There is no point in plowing what you can't water."
(Unknown)
"The mathematician does not study pure mathematics because it is useful; he studies it because he delights in it and he delights in it because it is beautiful. "
(J.H. Poincare [1854-1912), cited in H.E. Huntley, The Divine Proportion, Dover, 1970]      [From the signature of Prof. Michael de Villiers]
"Borrow money from pessimists -- they don't expect it back."
(Steven Wright)
"If everyone is thinking alike, then somebody isn't thinking."
(George S. Patton Jr., WWII general)      [From signature of Donna Ray]
"It's not that I feel that school is a good idea gone wrong, but a wrong idea from the word go. It's a nutty notion that we can have a place where nothing but learning happens, cut off from the rest of life."
(John Holt)      [From Holt's Vitae]
"The sooner you fall behind, the more time you'll have to catch up."
(Steven Wright)
"If your car could travel at the speed of light, would your headlights work?"
(Steven Wright)
"The only man who is educated is the man who has learned how to adapt and change; the man who has realized that no knowledge is secure, that only the process of seeking knowledge gives a basis for security."
(Carl Rogers, Freedom to learn for the 80s (1983)).      [From the signature of Alpaslan Sahin]
Posted by oreydc at 3:58 PM No comments: