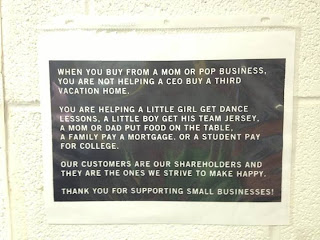 Posted by oreydc at 2:05 PM No comments: Links to this post 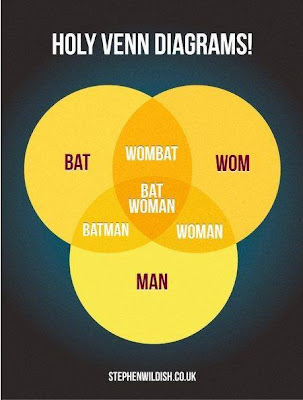 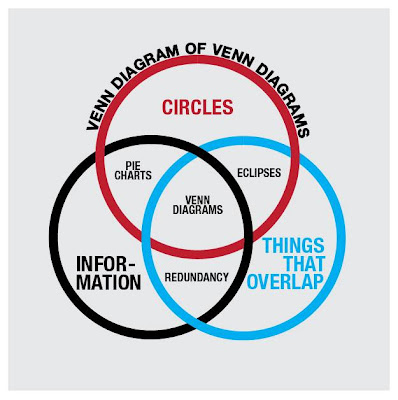 Posted by oreydc at 3:14 AM No comments: Links to this post 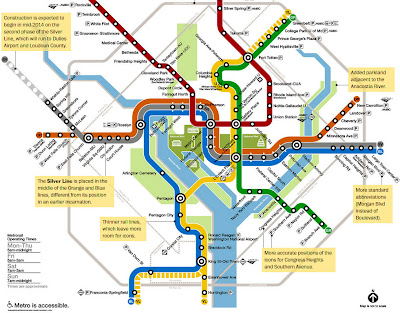 After more than a year in the making, Metro will unveil a new map Thursday that includes the future 23-mile Silver Line in Northern Virginia. It is the first time the iconic 37-year-old map, featuring all of Metro’s rail lines has undergone a major facelift. Metro officials kept the new map under tight wrap for more than two years while original designer Lance Wyman worked on the update. It shows not just the Silver Line, but added features such as connections to airports and other rail systems.

The trains aren't always in the best shape, but DC's subway stations are the nicest in the country. And hey, there's finally gonna be a train to Dulles! Probably about the same time the Second Avenue subway finally opens.


Reposted from Joe
Posted by oreydc at 3:13 AM No comments: Links to this post 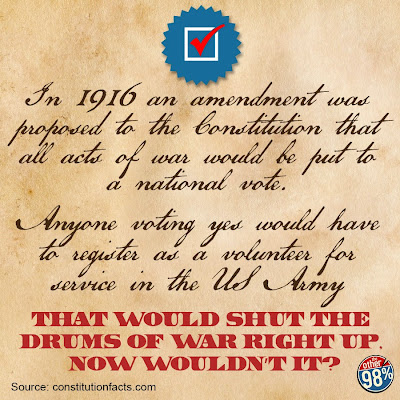 Posted by oreydc at 3:01 PM No comments: Links to this post

Via Climate Progress: Coffee Or Tea?

Coffee Or Tea? Something Hiding In Your Trash Could Help Save Both From Climate Change
Posted: 10 Sep 2013 07:48 AM PDT

India’s Assam state is the largest tea-producing region in the world, mostly because its high hills and regular rainfall. But recently, higher temperatures and erratic rainfall “are choking the once-flourishing plantation industry,” as Al Jazeera reported.

This is also affecting taste, and as professional tea-taster Parag Hatibaruah said, Assam tea is “not as strong, brisk and creamy as it was once.”

RM Bhagat, deputy director of the Tea Research Association, said that over the last 100 years, “we have found that the minimum temperature has risen by 1.5 degree centigrade, and the annual rainfall has reduced by 200 millimetres.” Usually the ambient temperature in the region was below 95 degrees Fahrenheit. Recently, the temperatures have been between 100 and 104 degrees in the shade, and 122 degrees under the sun.

For context, photosynthesis slows down at 95, and above 102, plants stop producing food. At 118 degrees, tea leaves die because they stop breathing.

Gardens in Assam produce about one-sixth of the world’s tea, but more and more areas of Assam are going to tea production in order to meet increasing demand.

But mitigating climate change can also part of the solution. And this is where coffee grounds could come in.

But researchers at the University of Cincinnati used a small school innovation grant to test whether spent coffee grounds could be used to produce biofuels to power automobiles and furnaces.

Yang Liu, Qingshi Tu, and Mingming Lu attempted to convert these wasted grounds bound for the landfill into useful biodiesel and activated carbon. Most biofuel today comes from corn and soybean crops that can be used for other things — the market for spent coffee grounds is essentially nonexistent.

When the researchers began the study in 2010, they gathered their precious material in a bucket from a campus Starbucks. The process involves extracting oil from the coffee grounds to use as biodiesel and glycerin, then drying the grounds themselves to filter impurities in biofuel production. All biofuels must be filtered, often using a multi-step process combining physical and chemical purification to meet the required standards. The remaining grounds can then be burned separately as a form of biomass.

Liu presents the findings to the American Chemical Society’s 246th National Meeting & Exposition this week. Their results show that oil content in the coffee-derived biodiesel meets official biofuel standards.
There is room for improvement in how efficient using the spent grounds to purify the biodiesel actually is, especially compared with commercial products normally used to purify the fuel. The researchers would like to make the process more efficient, but the fact that otherwise-wasted coffee could be used to create biofuel is promising. And compared with fossil fuels, this biofuel seriously cuts the emissions of traditional pollutants.

Around 1 million tons of coffee grounds are thrown out in America each year, and most go into landfills.

The post Coffee Or Tea? Something Hiding In Your Trash Could Help Save Both From Climate Change appeared first on ThinkProgress.

Posted by oreydc at 10:17 AM No comments: Links to this post

“(A) largely dysfunctional Congress has difficulty today focusing on the very serious issues facing our country: the disappearing middle class, high unemployment, low wages, the high cost of college, the decline of our manufacturing sector and the planetary crisis of global warming,” argues Bernie Sanders. “I fear very much that U.S. involvement in another war in the Middle East, and the cost of that war, will make it even harder for Congress to protect working families.”

http://billmoyers.com/2013/09/09/bernie-sanders-billions-for-another-war-but-no-money-for-needs-at-home/
Posted by oreydc at 6:25 PM No comments: Links to this post 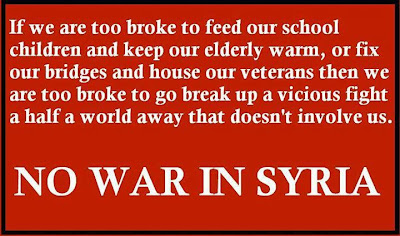 Posted by oreydc at 5:26 PM No comments: Links to this post

Posted: 08 Sep 2013 08:54 AM PDT
Warming-worsened drought is causing problems all around the Mediterranean, especially Syria:

NOAA concluded in 2011 that “human-caused climate change [is now] a major factor in more frequent Mediterranean droughts.” Reds and oranges highlight lands around the Mediterranean that experienced significantly drier winters during 1971-2010 than the comparison period of 1902-2010.

With our country facing tough choices about Syria, Moyers & Company’s John Light had a great piece on Friday: “Drought Helped Spark Syria’s Civil War — Is it One of Many Climate Wars to Come?” He interviewed one of our favorites, Francesco Femia, co-founder of the Center for Climate and Security, which has an advisory board of retired military commanders and foreign-policy experts.
Back in March 2012, Climate Progress ran a piece co-authored by Femia, in which he explained, “Syria’s current social unrest is, in the most direct sense, a reaction to a brutal and out-of-touch regime and a response to the political wave of change that began in Tunisia early last year. However, that’s not the whole story.”

It’s now increasingly clear that the climate models that had been predicting the countries surrounding the Mediterranean would start to dry out were correct (see “NOAA: Human-Caused Climate Change Already a Major Factor in More Frequent Mediterranean Droughts,” the source of the figure at the top).

In his interview with Light, Femia explains the role of drought in the conflict:


From 2006 to 2011, 60 percent of Syria’s land experienced, in the words of one expert, the worst long-term drought and most severe set of crop failures since agricultural civilizations began in the Fertile Crescent many millennia ago. That, on top of natural resource mismanagement by the Assad regime — subsidizing water-intensive wheat and cotton farming and unsustainable irrigation techniques — led to a large amount of devastation.
There are some quite frightening numbers. Herders and farmers in the north and south had to pick up and move. Nearly 75 percent of farmers in the northeast suffered total crop failure. Herders in the northeast lost around 85 percent of their livestock, which affected about 1.3 million people. That was happening before the civil war in Syria broke out.
Many international security analysts were saying, right up to the day before protest broke out in the small rural town of Daraa, that Syria was immune to the Arab Spring and to the grievances that other Arab publics had brought to bear on their leaders. And that clearly wasn’t the case.
There was quite a bit of displacement happening; millions were trekking into urban areas. Those urban areas were experiencing quite a bit of economic insecurity. Some of that was also coming from poverty and competition from other influxes of people — for example, Iraqi refugees who had been flowing into Syria since 2003, and also Palestinian refugees. These were cities that were already hard-pressed economically…. Under the surface of what seemed to be a stable country, there was a large-scale environmental and human disaster happening.


This Syrian disaster is like a superstorm. It’s what happens when an extreme weather event, the worst drought in Syria’s modern history, combines with a fast-growing population and a repressive and corrupt regime and unleashes extreme sectarian and religious passions, fueled by money from rival outside powers….
“The drought did not cause Syria’s civil war,” said the Syrian economist Samir Aita, but, he added, the failure of the government to respond to the drought played a huge role in fueling the uprising.

The fact that the 2011 NOAA analysis confirmed the climate models’ predictions of drying is especially worrisome because the climate models project a very dry future for large parts of the planet’s currently habited and arable land in the coming decades — particularly this region:

The PDSI [Palmer Drought Severity Index] in the Great Plains during the Dust Bowl apparently spiked very briefly to -6, but otherwise rarely exceeded -3 for the decade (see here).

The 2010 NCAR study found “By the end of the century, many populated areas, including parts of the United States and much of the Mediterranean and Africa, could face readings in the range of -4 to -10. Such decadal averages would be almost unprecedented.”
The NOAA study should be especially sobering to those in the Mediterranean since they clearly face some of the most extreme drying in the entire world:


The Mediterranean has long been identified as a “hot spot” for substantial impact from climate change in the latter decades of this century because of water scarcity in the region, a rapidly increasing population, and climate modeling that projects increased risk of drought.
“The question has been whether this projected drying has already begun to occur in winter, the most important season for water resources,” [lead author Martin] Hoerling said. “The answer is yes.”

In Femia’s interview, he notes, “a recent model of climate impact for the future conducted by The International Food Policy Research Institute projected that if current rates of greenhouse gas emissions continue, yields of rain-fed crops in Syria will likely decline between 29 and 57 percent from 2010 to 2050. That’s a huge number.”

Femia concludes bluntly that the time to act is now:


… if you let this problem get out of hand you’re going to have a number of situations in the future, whether they’re major disasters or conflicts, that our security forces may have to respond to. It will cost us a lot more in the long term if we do nothing now.

Via The Secret City / FB: 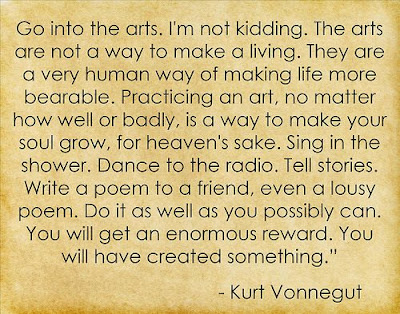 Posted by oreydc at 9:53 AM No comments: Links to this post

This Video Will ABSOLUTELY Make Your Day!!!!


Posted by oreydc at 6:49 AM No comments: Links to this post