Via the Salt Lake Tribune:


A group of Boy Scout leaders is potentially facing felony charges for destroying a rock formation nearly 200 million years old. The trio of men was adventuring in Utah's Goblin Valley State Park when they decided to film themselves knocking over one of the formations, known as "goblins." One man can be seen leveraging himself against a nearby rock and pushing a formation over. "We have now modified Goblin Valley," the cameraman crows. "A new Goblin Valley exists with, uh, this boulder down here on the bottom. Muscles here pushed it off." The three laugh, cheer and high five each other. Utah State Parks officials were not so amused. "It is not only wrong, but there will be consequences," said spokesman Eugene Swalberg, noting that a criminal investigation is underway by the State Parks authorities.

The valley's unique landscape dates back to the Jurassic era.

Reposted from Joe
Posted by oreydc at 3:42 PM No comments: Links to this post 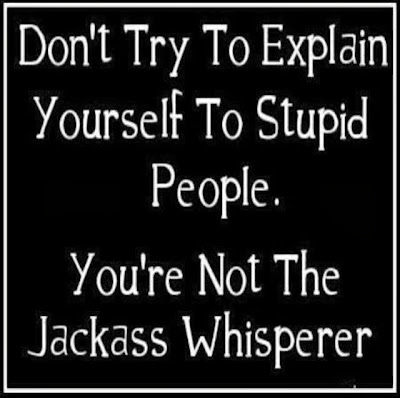 Posted by oreydc at 6:31 PM No comments: Links to this post

Via One Million Moms and Dads Against Gun Violence / FB: 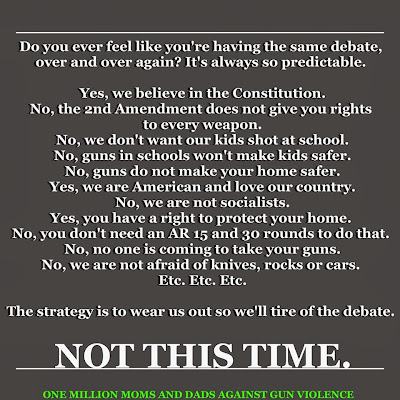 Posted by oreydc at 11:24 AM No comments: Links to this post

We’ve just found out that Coca-Cola and PepsiCo are supplied by companies that have been caught driving indigenous people and small farmers from their ancestral land all around the world.

Our partners at Oxfam have discovered that a sugar company in Brazil has forced a small community from its land and sent a gang of thugs to burn down 53 families' homes -- all to supply sugar to companies like Coke and Pepsi. In Cambodia, a major sugar company drove hundreds of families from their land -- because they no longer had documentation they lost during the atrocities of the Khmer Rouge.
These horror stories are only the tip of the iceberg. Coca-Cola and Pepsi have been alerted, but they’ve failed to implement policies to stop their suppliers from grabbing land. Now we need to show them that consumers are ready to hold them accountable.

For the last decade, the price of sugar and other agricultural commodities has skyrocketed, and investors have gobbled up more than 33 million hectares of land in Asia, Africa, and Latin America, frequently displacing people who lived and worked on the land for generations.

As food prices skyrocket, small farmers are losing their livelihoods along with their homes. Indigenous communities are having their traditional ways of life destroyed as their ancestral hunting and farming land is seized to make way for sugar production. And sugar producers frequently resort to violence and intimidation to drive people off their land when they can’t evict them legally.

Coca-Cola and PepsiCo are some of the world’s largest purchasers of sugar, and they have the power to hold sugar growers accountable for grabbing land and displacing small farmers. By adopting zero-tolerance policies for land grabs, the beverage giants could ensure that sugar producers can’t afford to drive poor farmers off their land. But right now, Coke and Pepsi don’t even bother to monitor their suppliers’ behavior.

The only way these companies will change their ways is if consumers stand up and make them. We know that the SumOfUs community can convince beverage companies to take a stand for human rights -- just last year we got Pepsi to speak out against Uganda’s “kill the gays” law. Now we need to come together again to ensure that the beverage industry doesn’t profit by robbing impoverished farmers.

Thanks for all you do,
Rob, Angus, Paul and the rest of us 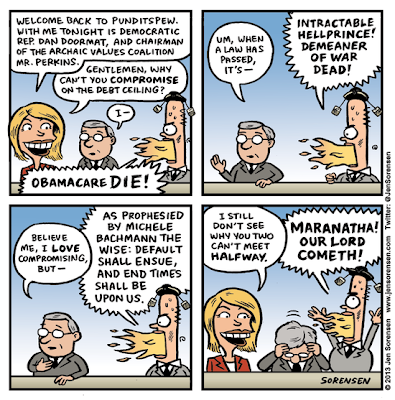 Posted by oreydc at 11:31 AM No comments: Links to this post


Posted by oreydc at 10:02 AM No comments: Links to this post 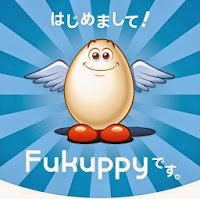 
As sending positive brand signals go, naming your mascot Fukuppy is probably a step in the wrong direction. Indeed, it would seem this refrigerator company have had their very own fukuppy with the unfortunate christening of this cartoon egg. Social media users seized on the winged ovum's name to ridicule Fukushima Industries' mascot, with initial reports linking the upbeat ovum with Fukushima Daiichi nuclear plant. The Fukushima plant suffered a nuclear meltdown in 2011, forcing the evacuation of 300,000 people, and there are still reports of leaks and contamination. However this innocent egg is actually attached to Fukushima Industries, a company who make refrigerators, based hundreds of miles away in Osaka.

The company is now considering another name.


Reposted from Joe
Posted by oreydc at 6:23 AM No comments: Links to this post 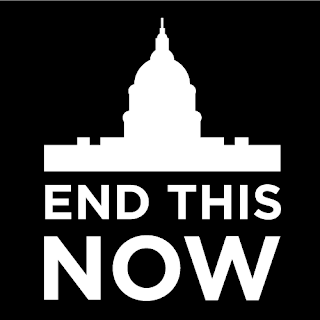 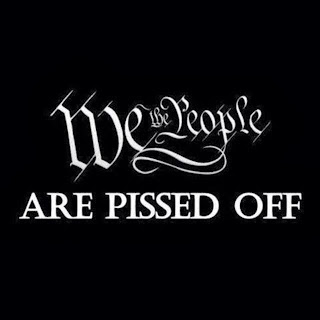 Posted by oreydc at 6:23 AM No comments: Links to this post 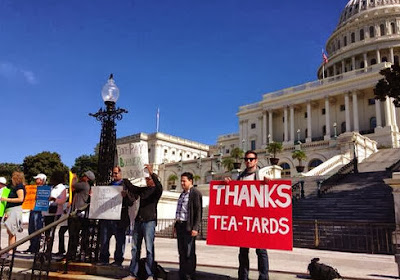 If you go to any of the Tea Party sites today, you'll see that they are VERY UPSET about the above sign displayed at an Organizing For Obama rally at the US Capitol. And in the comments of those posts, you'll see many, many examples of the most common epithet long used against progressives: "libtard." (Less commonly, "leftard.")

The sign has been denounced by the House Disabilities Caucus.


“It is a frustrating time in Washington right now, but I find it really unfortunate that this offensive slur was used to characterize anyone,” he said. “As co-chair of the Bipartisan Disabilities Caucus, I am a firm supporter of the campaign to end the ‘R word.’ It is derogatory and counter to the acceptance and inclusion in society of people with developmental disabilities.” Langevin’s Republican co-chair, Nebraska Rep. Lee Terry, called on President Obama to condemn the sign. “As someone who has worked with and fought for those individuals with special needs, Congressman Terry believes this type of language is dispicable and has no place in our nation’s discourse,” said Larry Farnsworth, Terry’s spokesperson. “President Obama needs to call out his supporters at the DNC and OFA for condoning this insensitive and hurtful message during their protest.” 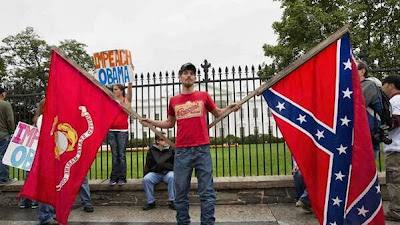 
Reposted from Joe
Posted by oreydc at 1:57 PM No comments: Links to this post

"First of all, I don’t if you’re aware of this, but when I had a heart attack three years ago, I was uninsured, and I haven’t been able to get insurance ever since then. Listening to all the pressure on the president to negotiate, a lot of it from inside this room, it made me think, is there a chance the president would be willing to delay Obamacare for a year if Republicans were to agree to delay heart attacks for a year?" - Mediaite reporter Tommy Christopher, speaking to White House spokesman Jay Carney at today's press briefing.

Carney's response: "Tommy, you know the president’s position is that we need to implement the Affordable Care Act, and that when it comes to the millions of Americans across the country who have had a very hard time getting access to affordable health insurance, we need to focus on those folks and continue the business of implementing the Affordable Care Act so that on Jan. 1 those Americans will be able to purchase insurance, quality insurance at affordable rates for the first time."

Christopher then told Carney that he was able to enroll on the healthcare exchange site, but that he's not yet selected a plan.


Reposted from Joe
Posted by oreydc at 1:55 PM No comments: Links to this post 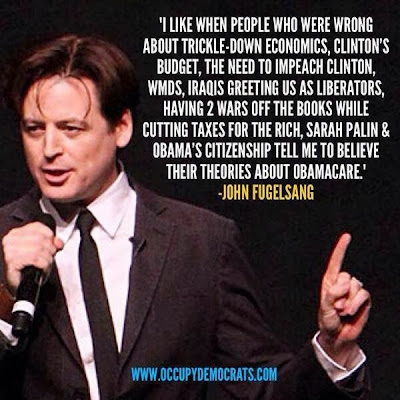 Posted by oreydc at 6:56 PM No comments: Links to this post 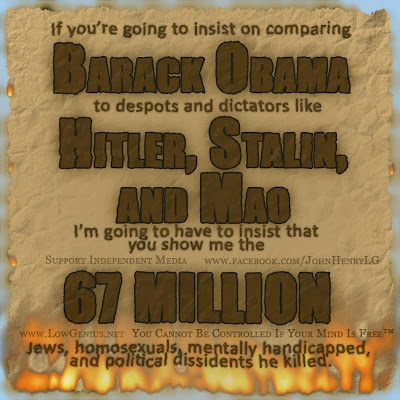 Posted by oreydc at 5:46 PM No comments: Links to this post

"The larger question is that if free or cheap streaming becomes the way we consume all (recorded) music and indeed a huge percentage of other creative content – TV, movies, games, art, porn – then perhaps we might stop for a moment and consider the effect these services and this technology will have, before 'selling off' all our cultural assets the way the big record companies did. If, for instance, the future of the movie business comes to rely on the income from Netflix's $8-a-month-streaming-service as a way to fund all films and TV production, then things will change very quickly. As with music, that model doesn't seem sustainable if it becomes the dominant form of consumption. Musicians might, for now, challenge the major labels and get a fairer deal than 15% of a pittance, but it seems to me that the whole model is unsustainable as a means of supporting creative work of any kind. Not just music. The inevitable result would seem to be that the internet will suck the creative content out of the whole world until nothing is left." - David Byrne in a lengthy Guardian piece that examines (among other items) the meager royalties paid to artists by Spotify.


Reposted from Joe
Posted by oreydc at 2:04 PM No comments: Links to this post 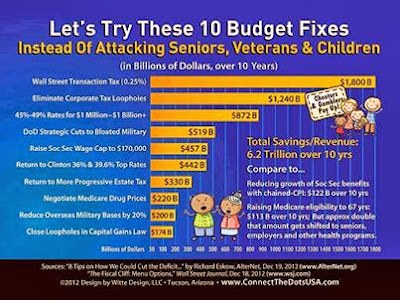 Posted by oreydc at 5:32 PM No comments: Links to this post