Sunday, April 14, 1906 - This short film was made Just 4 days before the great earthquake and fire. It shows Market Street (between about 6th Street and the Embarcadero) going east to the Ferry Building, by a camera attached to a cable car. There are numerous automobiles visible, as well as upscale shops and cafes. People are dressed in their "Sunday Best", not working clothes, because many had gone to church by the time this film was shot at around 3:45 pm. Over 3,000 people died on the following Thursday morning and nearly every building shown in this film was gutted by the fire. Only a few structures were rebuilt from the original frames, among them the Flood, Call, and Examiner buildings. The only reason this film survived is because it was sent to New York to be developed and was on its way there when the earthquake struck. This is a new high-resolution version of the film from Europe.


Posted by oreydc at 5:03 AM No comments: Links to this post

Posted by oreydc at 9:24 AM No comments: Links to this post

Via The Pragmatic Progressive / FB: 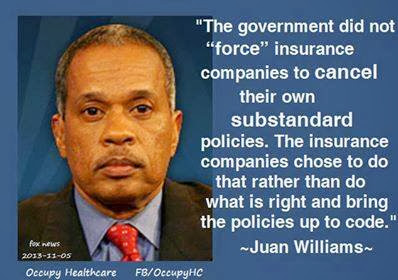 Posted by oreydc at 7:05 AM No comments: Links to this post


On my first trip to Nepal, I was waiting to buy a ticket for the bus to return from a weekend in Pokhara... and I noticed an elderly man having trouble with English... so I asked if I could help him... come to find out he was from Spain, and 85 years old, and his wife had died the year before, and he was traveling by himself. The amazing 5 hr trip went by quickly as we talked together in Spanish in the Himalaya foothills... both commiserating about how to use the floor toilets.

I resolved that I would rather end my days like him than on a park bench feeding pigeons. I guess I best go look for my red chair...


Posted by oreydc at 6:46 AM No comments: Links to this post 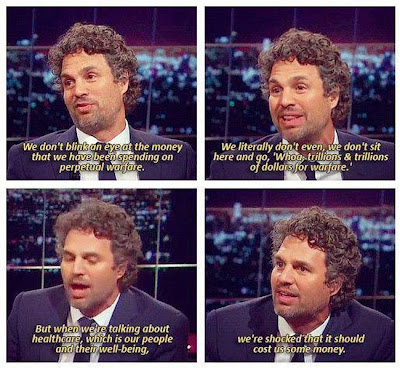 Posted by oreydc at 8:46 AM No comments: Links to this post 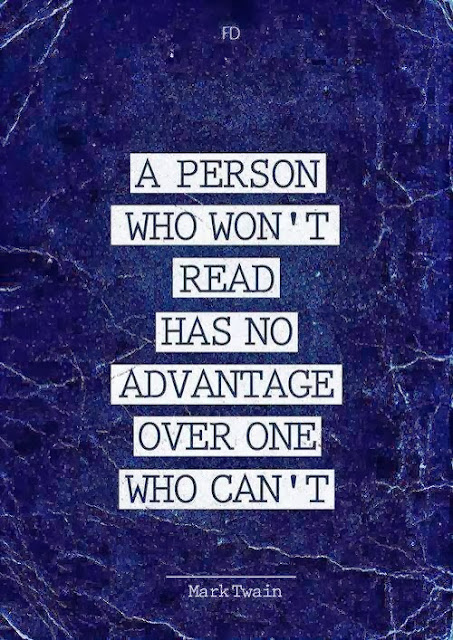 Posted by oreydc at 1:57 AM No comments: Links to this post 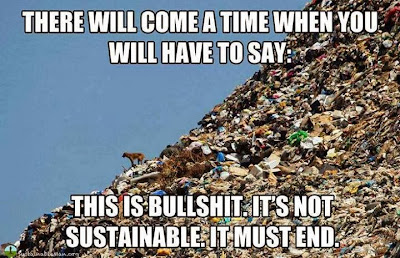 Posted by oreydc at 4:46 PM No comments: Links to this post 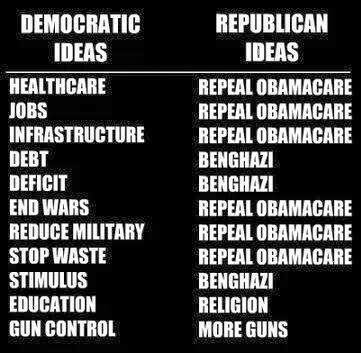 Posted by oreydc at 4:40 PM No comments: Links to this post 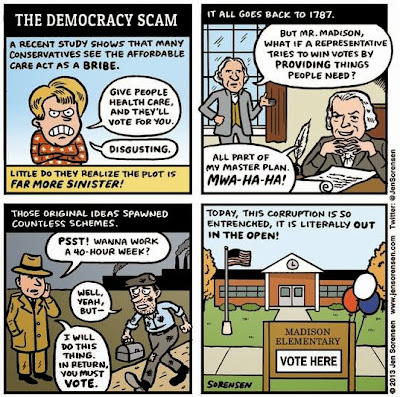 Posted by oreydc at 8:37 AM No comments: Links to this post

Via Storm is Coming / FB: 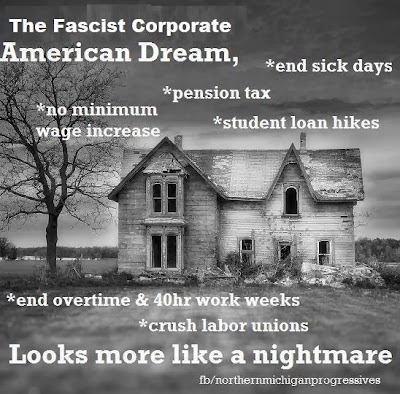 Posted by oreydc at 12:27 PM No comments: Links to this post 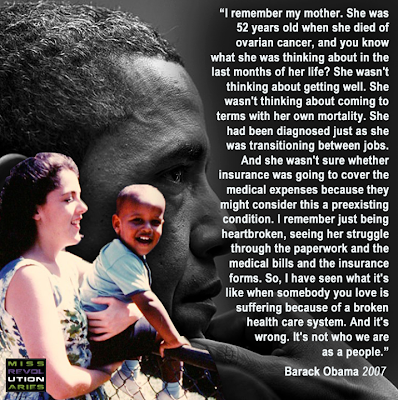 Posted by oreydc at 1:25 PM No comments: Links to this post

Basic ability in the subject isn't the product of good genes, but hard work.

By Miles Kimball and Noah Smith

We hear it all the time. And we've had enough. Because we believe that the idea of "math people" is the most self-destructive idea in America today. The truth is, you probably are a math person, and by thinking otherwise, you are possibly hamstringing your own career. Worse, you may be helping to perpetuate a pernicious myth that is harming underprivileged children-the myth of inborn genetic math ability.

Is math ability genetic? Sure, to some degree. Terence Tao, UCLA's famous virtuoso mathematician, publishes dozens of papers in top journals every year, and is sought out by researchers around the world to help with the hardest parts of their theories. Essentially none of us could ever be as good at math as Terence Tao, no matter how hard we tried or how well we were taught. But here's the thing: We don't have to! For high-school math, inborn talent is much less important than hard work, preparation, and self-confidence.

How do we know this? First of all, both of us have taught math for many years-as professors, teaching assistants, and private tutors. Again and again, we have seen the following pattern repeat itself:

1.   Different kids with different levels of preparation come into a math class. Some of these kids have parents who have drilled them on math from a young age, while others never had that kind of parental input.

3.   The unprepared kids, not realizing that the top scorers were well-prepared, assume that genetic ability was what determined the performance differences. Deciding that they "just aren't math people," they don't try hard in future classes, and fall further behind.

4.   The well-prepared kids, not realizing that the B students were simply unprepared, assume that they are "math people," and work hard in the future, cementing their advantage.

The idea that math ability is mostly genetic is one dark facet of a larger fallacy that intelligence is mostly genetic. Academic psychology journals are well stocked with papers studying the world view that lies behind the kind of self-fulfilling prophecy we just described. For example, Purdue University psychologist Patricia Linehan writes [see http://docs.lib.purdue.edu/dissertations/AAI9921102/ ]

The "entity orientation" that says "You are smart or not, end of story," leads to bad outcomes-a result that has been confirmed by many other studies. (The relevance for math is shown by researchers at Oklahoma City who recently found that belief in inborn math ability may be responsible for much of the gender gap in mathematics.)

1.   You have a certain amount of intelligence, and you really can't do much to change it.
2.   You can always greatly change how intelligent you are.

They found that students who agreed that "You can always greatly change how intelligent you are" got higher grades. But as Richard Nisbett recounts in his book Intelligence and How to Get It, they did something even more remarkable:

Dweck and her colleagues then tried to convince a group of poor minority junior high school students that intelligence is highly malleable and can be developed by hard workŠthat learning changes the brain by forming newŠconnections and that students are in charge of this change process.

The results? Convincing students that they could make themselves smarter by hard work led them to work harder and get higher grades. The intervention had the biggest effect for students who started out believing intelligence was genetic. (A control group, who were taught how memory works, showed no such gains.)

But improving grades was not the most dramatic effect, "Dweck reported that some of her tough junior high school boys were reduced to tears by the news that their intelligence was substantially under their control." It is no picnic going through life believing you were born dumb-and are doomed to stay that way.

For almost everyone, believing that you were born dumb-and are doomed to stay that way-is believing a lie. [see http://blog.supplysideliberal.com/post/64545705877/the-unavoidability-of-faith ] IQ itself can improve with hard work. Because the truth may be hard to believe, here is a set of links about some excellent books to convince you that most people can become smart in many ways, if they work hard enough [see  http://www.businessinsider.com/actually-you-can-change-your-iq-if-you-work-hard-enough-2011-11 ]:

So why do we focus on math? For one thing, math skills are increasingly important for getting good jobs these days-so believing you can't learn math is especially self-destructive. But we also believe that math is the area where America's "fallacy of inborn ability" is the most entrenched. Math is the great mental bogeyman of an unconfident America. If we can convince you that anyone can learn math, it should be a short step to convincing you that you can learn just about anything, if you work hard enough.

Is America more susceptible than other nations to the dangerous idea of genetic math ability? Here our evidence is only anecdotal, but we suspect that this is the case. While American fourth and eighth graders score quite well [http://timssandpirls.bc.edu/timss2011/downloads/T11_IR_M_Chapter1.pdf] in international math comparisons-beating countries like Germany, the UK and Sweden-our high-schoolers underperform those countries by a wide margin [http://ourtimes.wordpress.com/2008/04/10/oecd-education-rankings/ ]. This suggests that Americans' native ability is just as good as anyone's, but that we fail to capitalize on that ability through hard work. In response to the lackluster high school math performance, some influential voices in American education policy have suggested simply teaching less math-for example, Andrew Hacker has called for algebra to no longer be a requirement [see Is Algebra Necessary? - NYTimes.com -- http://www.nytimes.com/2012/07/29/opinion/sunday/is-algebra-necessary.html?_r=0 ]. The subtext, of course, is that large numbers of American kids are simply not born with the ability to solve for x.

We believe that this approach is disastrous and wrong. First of all, it leaves many Americans ill-prepared to compete in a global marketplace with hard-working foreigners. But even more importantly, it may contribute to inequality. A great deal of research has shown that technical skills in areas like software are increasingly making the difference between America's upper middle class and its working class. While we don't think education is a cure-all for inequality, we definitely believe that in an increasingly automated workplace, Americans who give up on math are selling themselves short.

Too many Americans go through life terrified of equations and mathematical symbols. We think what many of them are afraid of is "proving" themselves to be genetically inferior by failing to instantly comprehend the equations (when, of course, in reality, even a math professor would have to read closely). So they recoil from anything that looks like math, protesting: "I'm not a math person." And so they exclude themselves from quite a few lucrative career opportunities.[see http://qz.com/116081/the-complete-guide-to-getting-into-an-economics-phd-program/ ] We believe that this has to stop. Our view is shared by economist and writer Allison Schrager, who has written two wonderful columns in Quartz [ http://qz.com/16207/take-it-from-me-a-real-economist-who-needed-convincing-math-matters/ and [ http://qz.com/133767/theres-no-such-thing-as-being-good-or-bad-at-math/ ], that echo many of our views.

One way to help Americans excel at math is to copy the approach of the Japanese, Chinese, and Koreans.  In Intelligence and How to Get It [see http://www.amazon.com/Intelligence-How-Get-It-Cultures/dp/0393337693?tag=vglnk-c53-20 ], Nisbett describes how the educational systems of East Asian countries focus more on hard work than on inborn talent:

2. "Japanese high school students of the 1980s studied 3 1/2 hours a day, and that number is likely to be, if anything, higher today."

3. "[The inhabitants of Japan and Korea] do not need to read this book to find out that intelligence and intellectual accomplishment are highly malleable. Confucius set that matter straight twenty-five hundred years ago."

4. "When they do badly at something, [Japanese, Koreans, etc.] respond by working harder at it."

5. "Persistence in the face of failure is very much part of the Asian tradition of self-improvement.

And [people in those countries] are accustomed to criticism in the service of self-improvement in situations where Westerners avoid it or resent it."

We certainly don't want America's education system to copy everything Japan does (and we remain agnostic regarding the wisdom of Confucius). But it seems to us that an emphasis on hard work is a hallmark not just of modern East Asia, but of America's past as well. In returning to an emphasis on effort, America would be returning to its roots, not just copying from successful foreigners.

Besides cribbing a few tricks from the Japanese, we also have at least one American-style idea for making kids smarter: treat people who work hard at learning as heroes and role models. We already venerate sports heroes who make up for lack of talent through persistence and grit; why should our educational culture be any different? [see http://blog.supplysideliberal.com/post/36662562145/heroes-of-science-action-figures ]
Math education, we believe, is just the most glaring area of a slow and worrying shift. We see our country moving away from a culture of hard work toward a culture of belief in genetic determinism. In the debate between "nature vs. nurture," a critical third element-personal perseverance and effort-seems to have been sidelined. We want to bring it back, and we think that math is the best place to start.
Posted by oreydc at 11:48 AM No comments: Links to this post 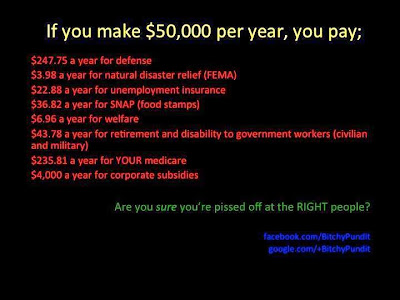 
Posted by oreydc at 11:04 AM No comments: Links to this post