Via thinkprogress.org: Boehner Says He’s ‘Not Qualified’ To Talk About Climate Science. Here’s How Scientists Responded.

The tactic is an interesting (and seemingly effective) way for politicians to avoid acknowledging or denying the reality of climate change while still getting to fight against any regulation to stop it. But actual climate scientists say the tactic is irresponsible, dangerous, and ignores the fact that credible scientific information is readily available.

Wuebbles, who was also a lead author on the recently released National Climate Assessment, said that report was written by scientists and other experts specifically so that members of Congress could understand climate change and how it affects the country. With that report available, he said, climate change should be “readily understood by any policymaker.”

“The assessment represents the latest understanding of the science and is the most comprehensive report ever prepared for the American people on climate change,” Wuebbles said. “The report itself was done for Congress under a law passed by Congress.”

Mann noted that politicians have no qualms making statements about other political issues — abortion and public health, for example — because they are supposed to use established science to inform their decisions. Climate change, though, is a different story, he said.

“Why is it somehow different when it comes to the climate change threat and the need to regulate carbon emissions — something opposed by fossil fuel interests like the Koch Brothers who fund so many of these politicians campaigns — why is it in this case different?” he said. “That, of course, is a rhetorical question.”

2013 American Meteorological Society president Marshall Shepherd, however, said both politicians and scientists need to back away from inflammatory rhetoric and start actively working together on solutions. He acknowledged that politicians should not make statements about climate change without knowledge of peer-reviewed science, but said climatologists must also live up to their responsibility to make sure policymakers are well-informed.


We have to remove the vitriol and name-calling and work to help each other in the discussion.
“I am certain that no policymaker is an expert on many different topics that cross their desk but they have to be considered,” he said, noting that scientists have an “obligation to ensure that public and policymakers don’t fall victim to being duped because of lack of science knowledge.”

“I think scientists that are too overtly political or activist lose credibility. Likewise, a stakeholder or policymaker speaking definitely on climate without any background or from non-peer reviewed perspectives is also dangerous,” he said. “I have long argued that we have to remove the vitriol and name-calling and work to help each other in the discussion.”

make the jump here to read the full article
Posted by oreydc at 1:51 PM No comments:

Posted by oreydc at 6:16 PM No comments:

Posted by oreydc at 5:18 PM No comments: 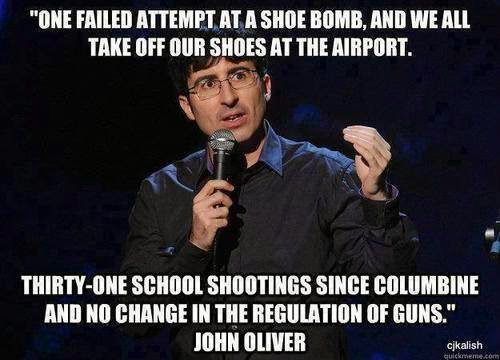 Posted by oreydc at 8:54 AM No comments:

Legendary poet, author, and civil rights activist Maya Angelou has died in her North Carolina home at the age of 86.

Winston-Salem Mayor Allen Joines confirmed Angelou was found by her caretaker on Wednesday morning. Angelou had been reportedly battling health problems. She recently canceled a scheduled appearance of a special event to be held in her honor. Angelou was set to be honored with the “Beacon of Life Award” at the 2014 MLB Beacon Award Luncheon on May 30 in Houston. Angelou is famous for saying, “I’ve learned that people will forget what you said, people will forget what you did, but people will never forget how you made them feel.” In 1993 Angelou read her now famous poem On The Pulse Of Morning at the inauguration of President Bill Clinton. I was overcome with goosebumps when the poem name-checked gay people at such a prestigious event. Pulse remains one of the very few poems I can (mostly) recite from memory.

There is a true yearning to respond to
The singing River and the wise Rock. So say the Asian, the Hispanic, the Jew The African, the Native American, the Sioux,
The Catholic, the Muslim, the French, the Greek The Irish, the Rabbi, the Priest, the Sheik, The Gay, the Straight, the Preacher,
The privileged, the homeless, the Teacher. They hear.
They all hear The speaking of the Tree.

Posted by oreydc at 9:57 AM No comments:

Posted by oreydc at 4:40 PM No comments:

Via Being Liberal / FB 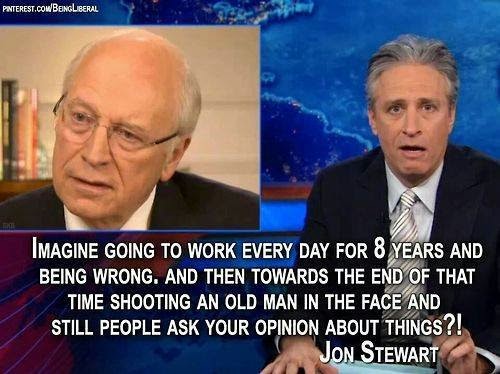 Posted by oreydc at 2:28 PM No comments:

Via Utne: Bad at gratitude? Six practices of people who know how to say "Thanks!"

Bad at gratitude? Six practices of people who know how to say "Thanks!"
This article originally appeared at Greater Good, the online magazine of UC Berkeley's Greater Good Science Center.

How bad am I? I’m so bad at gratitude that most days, I don’t notice the sunlight on the leaves of the Berkeley oaks as I ride my bike down the street. I forget to be thankful for the guy who hand-brews that delicious cup of coffee I drink mid-way through every weekday morning. I don’t even know the dude’s name!

I usually take for granted that I have legs to walk on, eyes to see with, arms I can use to hug my son. I forget my son! Well, I don’t actually forget about him, at least as a physical presence; I generally remember to pick him up from school and feed him dinner. But as I face the quotidian slings and arrows of parenthood, I forget all the time how much he’s changed my life for the better.

Gratitude (and its sibling, appreciation) is the mental tool we use to remind ourselves of the good stuff. It’s a lens that helps us to see the things that don’t make it onto our lists of problems to be solved. It’s a spotlight that we shine on the people who give us the good things in life. It’s a bright red paintbrush we apply to otherwise-invisible blessings, like clean streets or health or enough food to eat.

Gratitude doesn’t make problems and threats disappear. We can lose jobs, we can be attacked on the street, we can get sick. I’ve experienced all of those things. I remember those harrowing times at unexpected moments: My heart beats faster, my throat constricts. My body wants to hit something or run away, one or the other. But there’s nothing to hit, nowhere to run. The threats are indeed real, but at that moment, they exist only in memory or imagination. I am the threat; it is me who is wearing myself out with worry.

That’s when I need to turn on the gratitude. If I do that enough, suggests the psychological research, gratitude might just become a habit. What will that mean for me? It means, says the research, that I increase my chances of psychologically surviving hard times, that I stand a chance to be happier in the good times. I’m not ignoring the threats; I’m appreciating the resources and people that might help me face those threats.

If you’re already one of those highly grateful people, stop reading this essay—you don’t need it. Instead you should read Amie Gordon’s “Five Ways Giving Thanks Can Backfire.” But if you’re more like me, then here are some tips for how you and I can become one of those fantastically grateful people.

Make the jump here to read the full article on Utne
Posted by oreydc at 8:47 AM No comments: 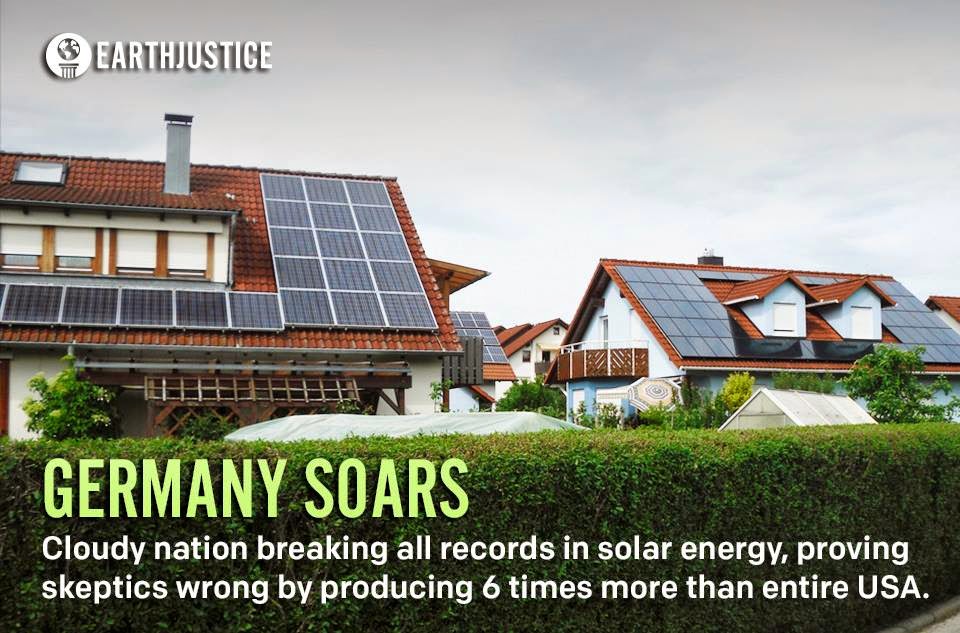 BRAVO! Germany is saying "nein" to dirty energy by heavily investing in solar energy, and the results are stunning: the country just broke the world record by producing 5.1 terrawatt hours of clean energy in July - that's more than 6 times the entire amount produced by the USA! http://ow.ly/oyJtu If a cloudy country like Germany (which has no deserts and is the size of New Mexico) can excel in solar energy, why can't the USA? The answer is government priorities. While we continue to subsidize fossil fuels and embrace controversial tactics like fracking, Germany is showing the rest of the world what smart policies can do. That's why our attorneys are helping to spearhead solar energy in places like Hawaii.