According to a CNN/ORC International poll released Friday, 33 percent of Americans think the president should be impeached and removed from office, compared with 65 percent who say they don’t support impeachment. Fifty-seven percent of Republicans say they support impeaching Obama, compared with just 35 percent of independent voters and 13 percent of Democrats. When asked about when Congress should attempt to impeach a president, 79 percent of Americans said it should be used only if there is evidence of a serious crime — such as treason or bribery. Eighteen percent said impeachment could appropriately be used to registered dissatisfaction with White House policies. A plurality of Americans — 45 percent — believe Obama has gone too far in expanding his presidential powers. Thirty percent said the president has been about right in terms of presidential powers, while 22 percent he has not gone far enough.


Reposted from Joe Jervis
Posted by oreydc at 1:59 PM No comments: Links to this post 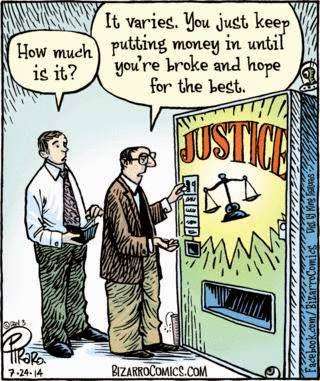 
Posted by oreydc at 1:39 PM No comments: Links to this post


Posted by oreydc at 11:21 AM No comments: Links to this post

Via http://grist.org: In 10 years, no one in Helsinki is going to own a car

The future is always changing. Back in the day, they promised a flying car in every garage. Now that the future is almost here, it’s looking like a no-go on the winged Chevy. In fact, in Helsinki, Finland, the future could mean empty garages. Turns out that in an age when we carry the sum of all human knowledge around in our pants pockets, some better ideas come up.

The Finnish capital is planning a comprehensive and flexible smartphone-enabled travel network that could be online by 2025. The system will combine small buses, self-driving cars, bicycles, and ferries. Users will simply enter their destination into an app and the system will suggest where to transfer from car to bike, for instance, and arrange for the vehicles — and do it all for one easy and inexpensive payment.

Make the jump here to read the full article
Posted by oreydc at 10:24 AM No comments: Links to this post 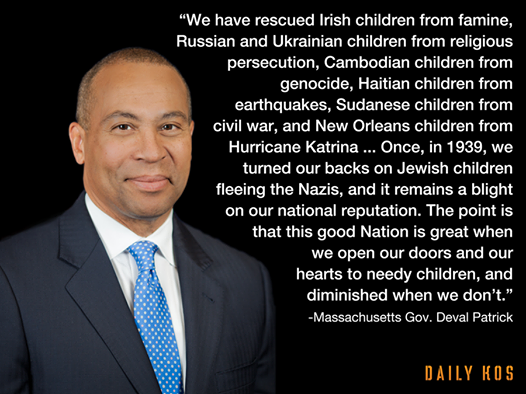 Posted by oreydc at 4:01 PM No comments: Links to this post

Via The Nation: The Future Is Not Ours, and Neither Is the Past

At age 70, a writer reflects on the so-called ‘American Century’—and the world it wrought.
Tom Engelhardt
First Paragraphs on Turning 70 in the American Century That Was
Seventy-three years ago, on February 17, 1941, as a second devastating global war approached, Henry Luce, the publisher of Time and Life magazines, called on his countrymen to “create the first great American Century.”  Luce died in 1967 at age 69.  Life, the pictorial magazine no home would have been without in my 1950s childhood, ceased to exist as a weekly in 1972 and as a monthly in 2000; Time, which launched his career as a media mogul, is still wobbling on, a shadow of its former self.  No one today could claim that this is Time’s century, or the American Century, or perhaps anyone else’s.  Even the greatest empires now seem to have shortened lifespans.  The Soviet Century, after all, barely lasted seven decades.  Of course, only the rarest among us live to be 100, which means that at 70, like Time, I’m undoubtedly beginning to wobble, too.
The other day I sat down with an old friend, a law professor who started telling me about his students.  What he said aged me instantly.  They’re so young, he pointed out, that their parents didn’t even come of age during the Vietnam War.  For them, he added, that war is what World War I was to us.  He might as well have mentioned the Mongol conquests or the War of the Roses.  We’re talking about the white-haired guys riding in the open cars in Veteran’s Day parades when I was a boy.  And now, it seems, I’m them.
In March 1976, accompanied by two friends, my wife and I got married at City Hall in San Francisco, and then adjourned to a Chinese restaurant for a dim sum lunch.  If, while I was settling our bill of perhaps $30, you had told me that, almost half a century in the future, marriage would be an annual $40 billion dollar business, that official couplings would be preceded by elaborate bachelor and bachelorette parties, and that there would be such a thing as destination weddings, I would have assumed you were clueless about the future.  On that score at least, the nature of the world to come was self-evident and elaborate weddings of any sort weren’t going to be part of it.
From the time I was 20 until I was 65, I was always 40 years old.  Now, I feel my age.  Still, my life at 70 is a luxury.  Across the planet, from Afghanistan to Central America, and in the poverty zones of this country, young people regularly stare death in the face at an age when, so many decades ago, I was wondering whether my life would ever begin.  That’s a crime against humanity.  So consider me lucky (and privileged) to be seven decades in and only now thinking about my death.
Make the jump here to read the full article
Posted by oreydc at 3:13 PM No comments: Links to this post


Reposted from Joe Jervis
Posted by oreydc at 5:33 PM No comments: Links to this post

Via FB: Travel as much as you can! 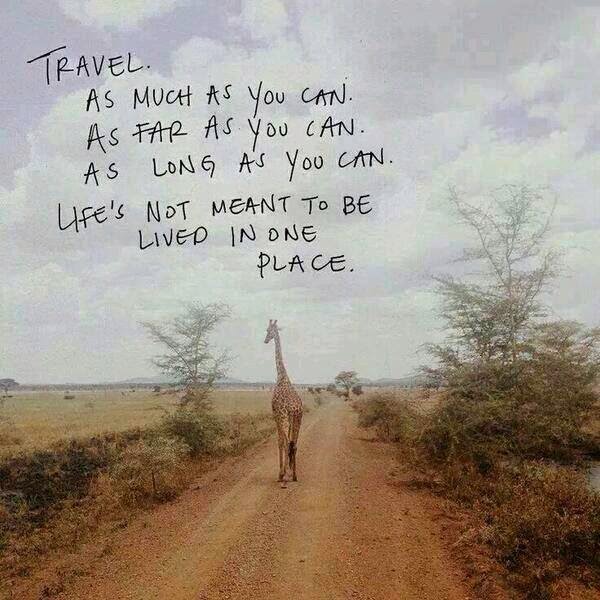 Posted by oreydc at 5:23 AM No comments: Links to this post