Via Elephant: How to Heal the Earth (For Dummies).

Have a god damn bath if you want to sit underneath hot water for 30 minutes. Do as a friend of mine does, place a bucket under the facet if you need to run your water till it’s hot—and water your plants with it.

Turn your car off when you aren’t moving. Idling is for idiots. If you like public transport, take a bus. Hitch hike.

If you throw your litter in the ocean, on the ground, if you throw your cigarettes—go live on an island with your garbage so we don’t have to swim in it. You are the problem.

Pick garbage up—take a bag and clean up a local beach, highway—give mamma earth a hand, she’s worth it.

Don’t use paper towels, use cloths.

No one gives a f*ck what your grass looks like, but you. Don’t waste water on giving your lawn a face lift.

Don’t buy makeup that’s tested on animals—animals are people too.

Buy local meat from farmers who humanely raise/kill their livestock—or don’t eat it; cattle pollution is a huge part of the problem.

Solar energy the fuck out of your house, buy an electric car.

Don’t stay somewhere with air conditioning, choose a fan. Air conditioning isn’t good for you, and if you don’t like hot weather, move to Antarctica and quit complaining.

Make the jump here to read the original article
Posted by oreydc at 8:56 AM No comments:

How Tax Reform Can Save the Middle Class

Via politicususa.com: President Obama Named The Most Admired Man In The World For The 7th Straight Year 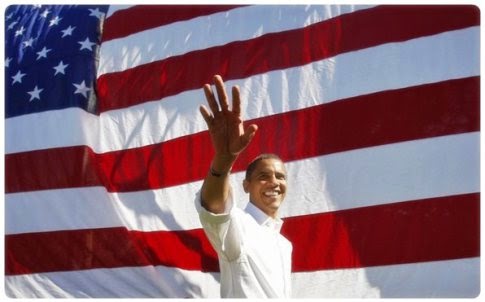 The endless Republican anti-Obama campaign suffered another defeat as for the seventh consecutive year President Obama was named the most admired man in the world by Gallup.
According to Gallup,

Obama has appeared on the top 10 list each year since 2006, including ranking No. 1 in each of the last seven years, all by healthy margins over the second-place finisher. The incumbent president is nearly always the winner of the most admired distinction, having placed first in all but 12 of the 68 years the question has been asked.


Make the jump here to read the full article