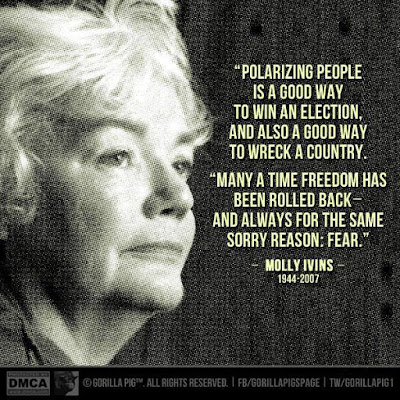 Posted by oreydc at 2:46 PM No comments: Links to this post

Via Alternet: ﻿Here’s What a Man Who Studied Every Suicide Attack in the World Says About ISIS’ Motives

Despite the existence of a good deal of research about terrorism, there’s a gap between the common understanding of what leads terrorists to kill and what many experts believe to be true.

Terrorist groups like ISIS and Al Qaeda are widely seen as being motivated by their radical theology. But according to Robert Pape, a political scientist at the University of Chicago and founder of the Chicago Project on Security and Terrorism, this view is too simplistic. Pape knows his subject; he and his colleagues have studied every suicide attack in the world since 1980, evaluating over 4,600 in all.

He says that religious fervor is not a motive unto itself. Rather, it serves as a tool for recruitment and a potent means of getting people to overcome their fear of death and natural aversion to killing innocents. “Very often, suicide attackers realize they have instincts for self-preservation that they have to overcome,” and religious beliefs are often part of that process, said Pape in an appearance on my radio show, Politics and Reality Radio, last week. But, Pape adds, there have been “many hundreds of secular suicide attackers,” which suggests that radical theology alone doesn’t explain terrorist attacks. From 1980 until about 2003, the “world leader” in suicide attacks was the Tamil Tigers, a secular Marxist group of Hindu nationalists in Sri Lanka.

According to Pape’s research, underlying the outward expressions of religious fervor, ISIS’s goals, like those of most terrorist groups, are distinctly earthly:

ISIS emerged from the insurgency against the US occupation of Iraq just as the Al Qaeda network traces its origins to the Afghan resistance to the Soviet occupation in the 1980s.

This view differs from that of Hillary Clinton and others who believe that ISIS “has nothing whatsoever to do” with Islam, as well as the more common belief, articulated by Graeme Wood in The Atlantic, that ISIS can be reduced to “a religious group with carefully considered beliefs.” It’s a group whose outward expressions of religious fervor serve its secular objectives of controlling resources and territory. Virtually all of the group’s leaders were once high-ranking officers in Iraq’s secular military.

Pape’s analysis is consistent with what Lydia Wilson found when she interviewed captured ISIS fighters in Iraq. “They are woefully ignorant about Islam and have difficulty answering questions about Sharia law, militant jihad, and the caliphate,” she recently wrote in The Nation. “But a detailed, or even superficial, knowledge of Islam isn’t necessarily relevant to the ideal of fighting for an Islamic State, as we have seen from the Amazon order of Islam for Dummies by one British fighter bound for ISIS.”
But how does the notion that terrorists are intent on getting powers to withdraw from their territory square with the view that the group’s shift to terrorist attacks in the West is designed to draw France and its allies into a ground war in Syria? Writing at theHarvard Business Review, Northeastern University political scientist Max Abrahms argues that these analyses are contradictory. But Pape says that it’s important to distinguish between ISIS’s long-term goals and its shorter-term strategies to achieve them:


It’s about the timing. How are you going to get the United States, France and other major powers to truly abandon and withdraw from the Persian Gulf when they have such a large interest in oil? A single attack isn’t going to do it. Bin Laden did 9/11 hoping that it would suck a large American ground army into Afghanistan, which would help recruit a large number of suicide attackers to punish America for intervening. We didn’t do that – we used very limited military force in Afghanistan. But what Bin Laden didn’t count on was that we would send a large ground army into Iraq to knock Saddam out. And that turned out to be the most potent recruiting ground for anti-American terrorists that ever was, more so than Bin Laden had ever hoped for in his wildest dreams.

Another theory holds that ISIS—and Al Qaeda—set their sights on France in order to polarize mainstream French society against its Muslim community. As University of Michigan historian Juan Cole put it after the Charlie Hebdo attacks, “The problem for a terrorist group like Al Qaeda is that its recruitment pool is Muslims, but most Muslims are not interested in terrorism. Most Muslims are not even interested in politics, much less political Islam.” In Cole’s formulation, if violent Islamic fundamentalists “can get non-Muslim French to be beastly to ethnic Muslims on the grounds that they are Muslims, it can start creating a common political identity around grievance against discrimination.”

Make the jump here to read the full article on Alternet

Posted by oreydc at 5:38 AM No comments: Links to this post 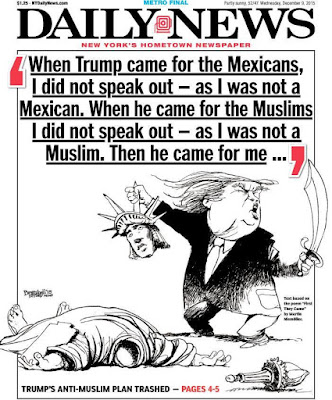 Posted by oreydc at 5:35 AM No comments: Links to this post 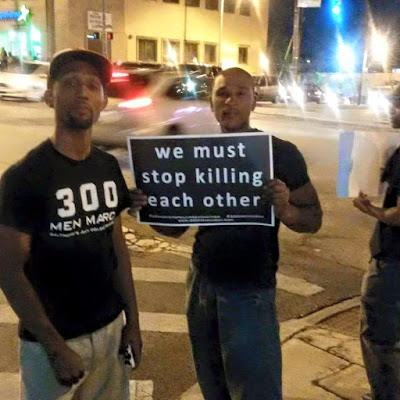 Posted by oreydc at 3:22 AM No comments: Links to this post 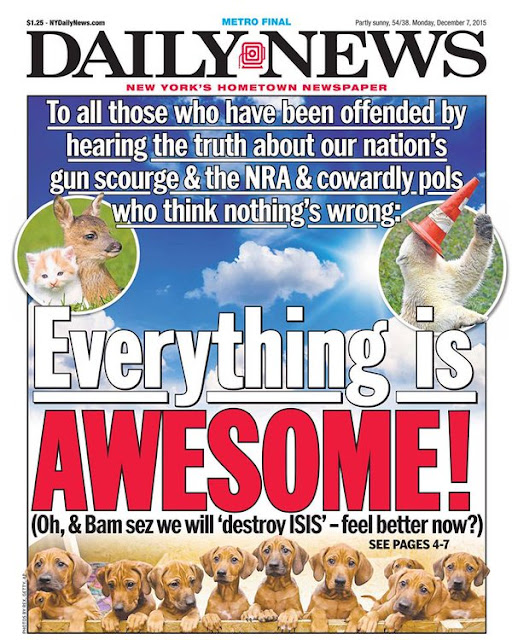 Make the jump here to  read the full article
Posted by oreydc at 10:20 AM No comments: Links to this post 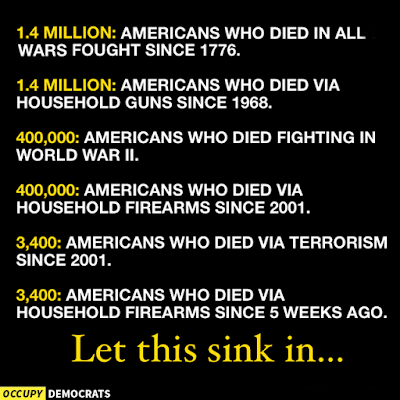 Posted by oreydc at 4:47 AM No comments: Links to this post 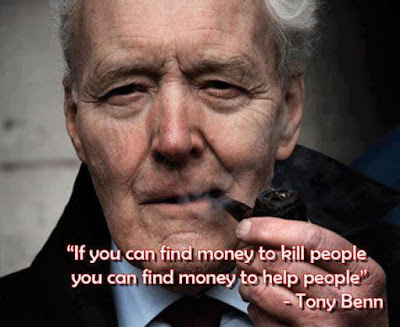 Posted by oreydc at 4:45 AM No comments: Links to this post 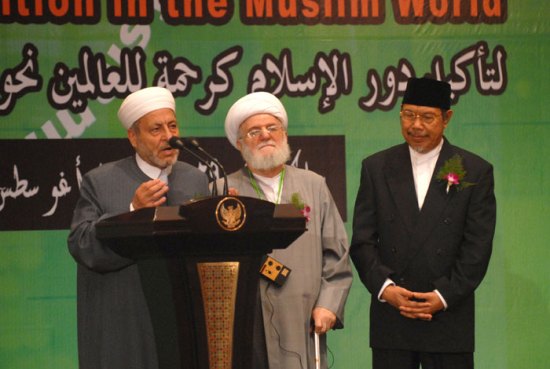 Each time the Islamic State, al-Qaeda or another terrorist group commits violence in the name of Islam, a familiar refrain arises: What’s the Muslim world doing about it?

In fact, anti-extremism efforts abound in the global Muslim community: Muslim leaders and scholars have denounced the Islamic State group, the U.K.’s Muslim Youth League has declared “ideological holy war” against extremism, and YouTube has even tried to recruit American Muslims to counter extremist content.

And in Indonesia, home of the world’s largest Muslim population, a massive anti-extremism movement is underway.

Nahdlatul Ulama, or NU, is the largest independent Islamic organization in the world, with 50 million members. Part #Sunni religious body, part political party and part charity, it was founded nearly 90 years ago, in 1926, as a response to another Sunni movement, Wahabbism.

Wahhabism is the ultra-conservative reform movement based in Saudi Arabia that advocates for puritanical laws from the time of Islam’s origins. It rejects the modern notion of “religion as a purely private activity” and the separation of church and state. The Islamic State is highly committed to Wahhabi principles, using its religious textbooks and embracing its hardline tradition of killing unbelievers.

NU’s stated goal is to “to spread messages about a tolerant Islam in their respective countries to curb radicalism, extremism and terrorism,” which, it claims, “often spring from a misinterpretation of Islamic teachings.” It launched its global anti-extremism initiative in 2014.

Its work was recently magnified by the Paris terror attacks, which Indonesia’s Vice President, Jusuf Kalla, who serves on the NU Advisory Board, condemned at a three-day conference last week in Malang, Indonesia. The conference was held by the International Conference of Islamic Scholars, another Indonesian anti-radicalism project that its Foreign Ministry started in 2002, in the wake of the Sept. 11 attacks. Kalla said, “There is nothing religious about such attacks because Islam never justifies them.”

NU is setting its sights globally. In December 2014, it created an American nonprofit called Bayt ar-Rahmah in Winston-Salem, North Carolina, to serve as headquarters for its international activities.

Make the jump here to read the full article
Posted by oreydc at 12:38 PM No comments: Links to this post 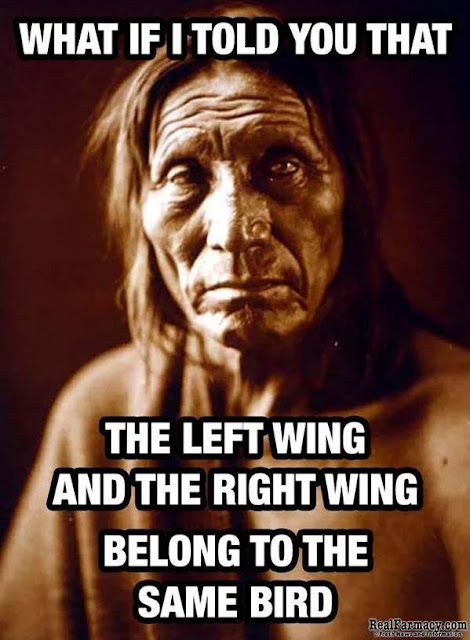 Posted by oreydc at 10:49 AM No comments: Links to this post

JFK: The Speech That Killed Him


Kennedy's knew the danger of the Zionist Lobby. That is why they both (John and Bobby) both tried to force Zionist Lobby to register as foreign agents. If Kennedys managed to force the registration then they would not be able to use the Bankster money to manipulate our political system. Each time they requested
Posted by oreydc at 10:39 AM No comments: Links to this post