Posted by oreydc at 7:24 AM No comments: Links to this post 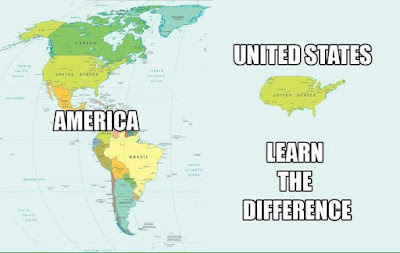 Posted by oreydc at 12:44 PM No comments: Links to this post

Publicado em 15 de mar de 2013
Re-uploaded as TED have decided to censor Graham and remove this video from the TEDx youtube channel. Follow this link for TED's statement on the matter and Graham's response: http://blog.ted.com/2013/03/14/open-f...

If anyone would like to prepare a transcript or caption file in any language so non-English speakers can enjoy this talk, please do so and I will be happy to upload it. Just PM me. Or the video is embedded on the Amara project website, so you can add subtitles there at: http://tinyurl.com/co6d39c

GRAHAM HANCOCK is the author of the major international bestsellers The Sign and The Seal, Fingerprints of the Gods, and Heaven's Mirror. His books have sold more than five million copies worldwide and have been translated into 27 languages. His public lectures, radio and TV appearances, including two major TV series for Channel 4 in the UK and The Learning Channel in the US - Quest For The Lost Civilisation and Flooded Kingdoms of the Ice Age - have put his ideas before audiences of tens of millions. He has become recognised as an unconventional thinker who raises controversial questions about humanity's past.

Born in Edinburgh, Scotland, Hancock's early years were spent in India, where his father worked as a surgeon. Later he went to school and university in the northern English city of Durham and graduated from Durham University in 1973 with First Class Honours in Sociology. He went on to pursue a career in quality journalism, writing for many of Britain's leading newspapers including The Times, The Sunday Times, The Independent, and The Guardian. He was co-editor of New Internationalist magazine from 1976-1979 and East Africa correspondent of The Economist from 1981-1983.

In the early 1980's Hancock's writing began to move consistently in the direction of books. His first book (Journey Through Pakistan, with photographers Mohamed Amin and Duncan Willetts) was published in 1981. It was followed by Under Ethiopian Skies (1983), co-authored with Richard Pankhurst and photographed by Duncan Willets , Ethiopia: The Challenge of Hunger (1984), and AIDS: The Deadly Epidemic (1986) co-authored with Enver Carim. In 1987 Hancock began work on his widely-acclaimed critique of foreign aid, Lords of Poverty, which was published in 1989. African Ark (with photographers Angela Fisher and Carol Beckwith) was published in 1990.

Hancock's breakthrough to bestseller status came in 1992 with the publication of The Sign and The Seal, his epic investigation into the mystique and whereabouts today of the lost Ark of the Covenant. 'Hancock has invented a new genre,' commented The Guardian, 'an intellectual whodunit by a do-it-yourself sleuth.' Fingerprints of the Gods, published in 1995 confirmed Hancock's growing reputation. Described as 'one of the intellectual landmarks of the decade' by the Literary Review, this book has now sold more than three million copies and continues to be in demand all around the world. Subsequent works such as Keeper Of Genesis (The Message of the Sphinx in the US) with co-author Robert Bauval, and Heaven's Mirror, with photographer Santha Faiia, have also been Number 1 bestsellers, the latter accompanied by Hancock's three-part television series Quest For the Lost Civilisation.

In 2002 Hancock published Underworld: Flooded Kingdoms of the Ice Age to great critical acclaim, and hosted the accompanying major TV series. This was the culmination of years of research and on-hand dives at ancient underwater ruins. Arguing that many of the clues to the origin of civilization lay underwater, on coastal regions once above water but flooded at the end of the last Ice age, Underworld offered tangible archaeological evidence that myths and legends of ancient floods were not to be dismissed out of hand.

Graham's next venture Talisman: Sacred Cities, Secret Faith, co-authored by Robert Bauval, was published in 2004. This work, a decade in preparation, returns to the themes last dealt with in Keeper Of Genesis, seeking further evidence for the continuation of a secret astronomical cult into modern times. It is a roller-coaster intellectual journey through the back streets and rat runs of history to uncover the traces in architecture and monuments of a secret religion that has shaped the world.

In 2005 Graham published Supernatural: Meetings with The Ancient Teachers of Mankind, an investigation of shamanism and the origins of religion. This controversial book suggests that experiences in altered states of consciousness have played a fundamental role in the evolution of human culture, and that other realities - indeed parallel worlds - surround us all the time but are not normally accessible to our senses.

These videos are released under a Creative Commons BY-NC-ND license, so they can be freely shared and reposted. (from http://www.ted.com/pages/about)
Posted by oreydc at 7:02 AM No comments: Links to this post